Germany′s backlog in its battle against organized crime | Germany| News and in-depth reporting from Berlin and beyond | DW | 12.12.2019 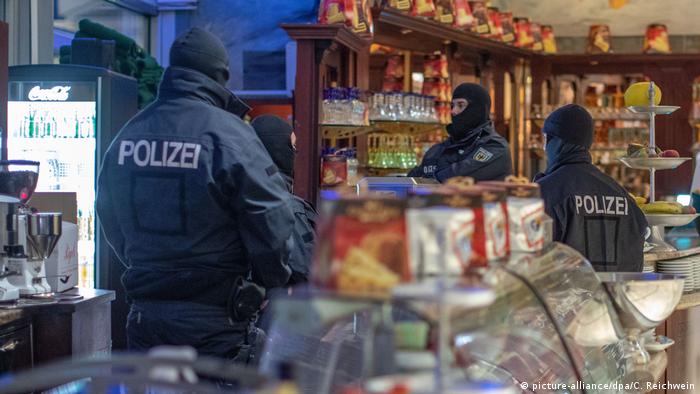 Like many other European countries, Germany has long been a focus of transnational organized crime gangs, most of which operate in the drug trade. They bring tons of illegal drugs across borders and large amounts of dirty money to be laundered in Germany.

Organized crime in Europe is generally less violent than it is in countries such as Mexico and Brazil . Gangs do not massacre people on a weekly basis, they do not burn whole families in vehicles, and they do not regularly detonate incendiary bombs. Organized crime in Europe is often not visible. People, therefore, believe that it is not very dangerous. In Spain and the Netherlands, this misinterpretation has already had severe consequences — that could also happen in Germany. 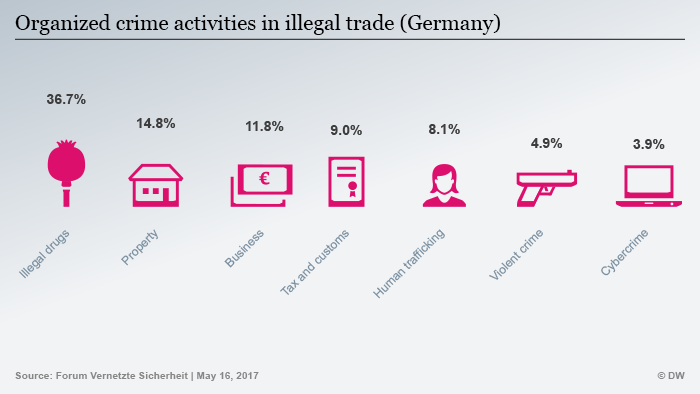 The presence of organized crime has increased alarmingly in North Rhine-Westphalia, one of Germany's 16 federal states. Like Spain and the Netherlands, NRW offers a strategic geographical location and relative economic strength. The Netherlands, on the state's western border, is one of the world's leading producers of methamphetamine. Belgium has a direct link from Antwerp, the country's largest commercial port, to the Rhine, the river that originates in Switzerland and flows north through Düsseldorf, Cologne and Bonn. NRW's economy accounts for one-fifth of Germany's total gross domestic product, and the state has almost 18 million inhabitants: a lucrative market for drug dealers. According to official figures, most drugs reach the rest of Germany via NRW.

In 2013, the transnational police authority Europol identified 3,600 organized crime gangs in Europe. In 2018, there were at least 5,000. The UN's 2019 World Drug Report quotes a wastewater study that found measurable traces of amphetamines, cocaine and ecstasy in the sewers of 73 European cities. They got there via human urine. Germany, the Netherlands and Belgium are among the top countries in terms of diagnosed quantities. The three German cities with the highest drug content in sewage water are Erfurt, Chemnitz and Dresden.

It was only when the Calabrian mafia 'Ndrangheta had six people murdered in Duisburg in 2007 that a warning light went on in Germany. Although two hostile clans were settling old scores at the time, German authorities found "no Mafia activities." Now, NRW Justice Minister Peter Biesenbach has declared war on foreign criminal organizations: primarily those with their roots in Italy, Mexico and Turkey.
Read more: Helen Mack Chang on corruption in Guatemala

In early November, Biesenbach and a team of staff participated in a workshop of anti-Mafia experts in Palermo led by Italian Attorney General Roberto Scarpinato, a member of the world's first "anti-Mafia pool," founded in Italy in the 1980s to combat crime networks that originated there. 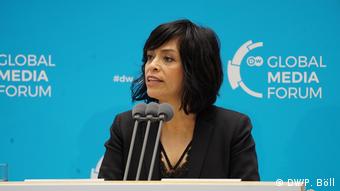 Hernández won the 2019 DW Freedom of Speech Award at the Global Media Forum in Bonn for her work.

In my informal discussions with the members of the Biesenbach's group, three deficits emerged that Germany has so far had in dealing with this type of crime. It was not until 2017 that the Criminal Code was expanded to define the term "criminal organization" more explicitly. However, there is still a lack of measures to facilitate procedures against and monitoring of such organizations — both with regard to their operations and their possessions. Another factor that complicates the fight is the focus of German law enforcement on crimes committed by individuals and not by organizations.

Since the 1980s, Italian law has known the principle of "preventive confiscation," which permits the seizure of goods suspected of being of illegal origin without the need to prove the provenance of the capital or a particular offense. Italian law even allows confiscation if there is only a mismatch between the property and the income declared to the tax authorities. According to the findings of the judicial authorities, the criminal organizations 'Ndrangheta, Cosa Nostra and Camorra no longer "invest" their illegal possessions in Italy because the probability of confiscation is quite high. The dirty money is taken to other countries, such as Germany, where there is a lack of awareness of the problem, of appropriate penal legislation, of specific training and of trained personnel. Let me be clear: This is blood money that has cost the lives of thousands of people in Mexico, for example. It is perverse money that only knows the rules of self-interest — no ethics, no conscience or social responsibility.

The "Italian way" is a model that has proved its effectiveness: Hundreds of members of the various Mafia groups were arrested and sentenced, including politicians, civil servants and entrepreneurs who cooperated with organized crime. But even a successful model such as Italy's has its limits. They are the same as in Mexico, Spain or the Netherlands: Organized crime is global and has no fences.

Networks share their assets, infrastructure and capital in order to grow together and circumvent borders. It is absurd that countries do not join together, at least at the continental level, to counter this threat with a common policy and coordinated legal means.

The journalist and author Anabel Hernández has covered Mexican drug cartels and corruption for years. After receiving death threats, she was forced to leave Mexico and now lives in Europe.

Project Miroslava reveals new background on a murdered Mexican journalist's investigations into corruption and organized crime — and sends the message that even if a journalist is killed, these stories will not die.  (19.09.2019)