The punishment meted out to El Chapo gives the impression that justice has been done. But the really important questions were not asked during his trial, says DW's guest columnist Anabel Hernandez. 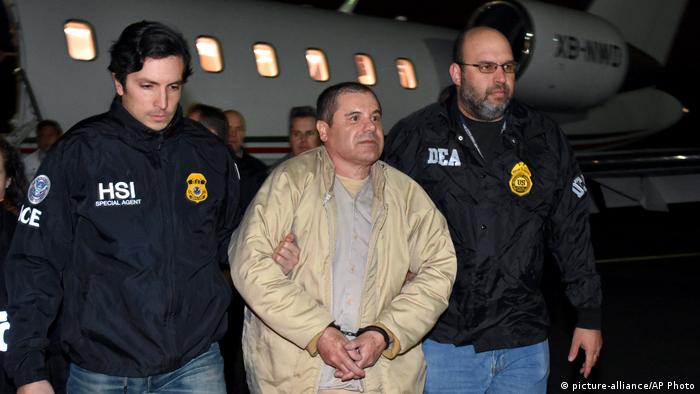 The sentence handed down on July 17 to the Mexican drug lord Joaquin Guzman Loera, better known as El Chapo, made headlines around the world. Many people felt a sense of satisfaction that he received a life sentence plus 30 years in prison and was also ordered to pay back the alleged $12.6 billion that he accumulated during his 20-year criminal career.

This satisfaction will have been felt more by lesser-informed observers who followed the "trial of the century" like a TV series. And, indeed, the trial was one of the most publicized of its kind in the world, partly owing to media and social networks.

An end to a myth

It's ironic. After all these years of yearning for fame, El Chapo has achieved it — but not in the way he intended. Indeed, he'd wanted to be a celebrity ever since leaving school at the age of 7 to help his father cultivate illegal drugs in the Mexican state of Sinaloa. Though most likely, he did not picture his fame would stem from spending three months on trial in Brooklyn, New York.

For the first time in his life, he was locked up in a cell without any of the privileges he was so used to. In court, he was forced to sit and listen as 14 former partners, employees and even a former Mexican congresswoman, with whom he has also been romantically involved, testified against him. All of them reported having witnessed bizarre instances of violence, acts of revenge and brutality.

El Chapo's lawyers told him to say nothing at all. After all, any statement would surely just have made matters worse for the former drug lord. The last words spoken by the ex-mobster before the verdict, meanwhile, were not particularly inspired anyway. He said that "there was no justice," and complained about his "inhumane treatment" in jail. He also claimed that "the United States is no better than any other corrupt country."

This, then, was the final chapter and climax in the saga of a poor farmer from the Sinaloa mountains, who — despite being practically illiterate — became one of the world's richest men thanks to his shrewd criminal instincts and unique charm. Indeed, this is the story that the US and Mexican governments, and global media, have had us believe: that El Chapo was some sort of cocaine wizard, capable of making drugs miraculously disappear on one side of the world, and then miraculously reappear on the other. All this with the help of just a few accomplices and of high-ranking officials like former Mexican Presidents Felipe Calderon and Enrique Pena Nieto. And also that of top secret service officer Genaro Garcia Luna — regarding whom incriminating testimonies were kept under wraps by the public prosecutor.

In the beginning, US Judge Brian Cogan decided  the trial would not investigate the deep web of corruption spun by the Sinaloa cartel within and beyond Mexico. In a closed court session on November 14, of which I have a transcript, Cogan justified this by arguing that El Chapo, rather than the Mexican government, was standing trial for a range of crimes. As such, the transcript shows, the court sought to assess only whether El Chapo was indeed responsible for producing and distributing drugs on an international scale, laundering money and using firearms, of which he is accused.

But how is one to fully comprehend El Chapo's crimes and their ramifications without investigating the corruption in Mexico and elsewhere that enabled him, and others like him, to export drugs from Latin America on such a grand scale? How are we supposed to understand how his cartel earned millions of dollars from selling tons of drugs and then laundering this income for new illegal transactions without looking at the legal system that made it possible? And why does the Sinaloa cartel still play such a big role in the global drugs trade, even though El Chapo has been behind bars in a New York supermax prison for two years?

After having spent 14 years researching the history, structure and inner workings of the Sinaloa cartel, I know that all this runs much deeper than the superficial court case against El Chapo wants to make us believe.

According to the Institute for Defense Analyses (IDA), a think tank that advises the US Department of Defense, the Sinaloa cartel is present in 80% of the globe: on the entire American continent, in Great Britain, France, Italy, the Netherlands, Spain, Germany and West Africa. Its reach extends to Indian and Chinese cities, and all the way to Australia and New Zealand.

Its territorial presence, and the staggering profit generated by the cartel from drug sales, necessitate a shift in perspective. 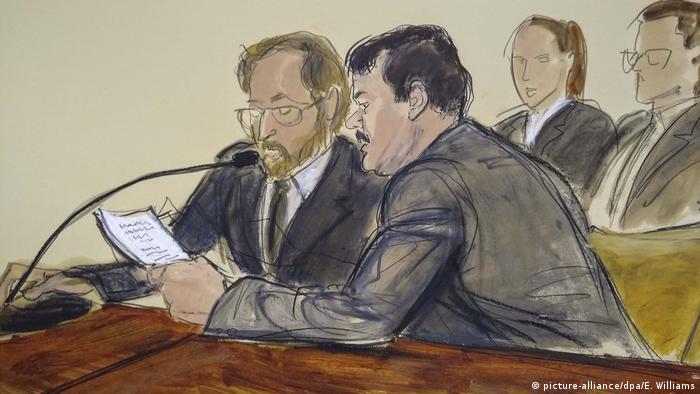 What happens to all the drug money?

According to a Sinaloa cartel accountant — whose testimony was completely ignored in the El Chapo trial, by the way — the organization buys its cocaine in Colombia, Peru or Bolivia for the price of $2,500 (€2,200) per kilo (2.2 pounds). Once 1 kilo of cocaine is smuggled into Mexico, its wholesale value shoots up to $15,000. If sold now, 20 to 25% of the sales price would suffice to cover the product's gross cost and associated transport expenses — the remainder, therefore, would be pure profit. No matter where in the world the cocaine is transported, the cartel has a profit margin of 300 to 400% per kilo.

The wholesale price increases the further this kilo of cocaine is smuggled across the globe. In Los Angeles, it will be worth $20,000, in Chicago $25,000 and $35,000 in New York. Smuggled to Italy, this kilo will have a wholesale price of $55,000 and a staggering $140,200 in Australia. It's the vast sums of money involved, rather than El Chapo's criminal business acumen, that makes the cocaine trade a global industry. Who seriously believes that an industry with such profit margins can be brought to a halt just by throwing El Chapo in jail? The court case again the drug lord should have looked into where all this money ends up. But apparently, nobody wanted to know the answer.

The above figures must be examined in relation to the confiscated possession of El Chapo, his relatives and close friends. Alas, the Mexican government has made a huge secret out of just how much real estate, jewelry and cash it seized and how many bank accounts and companies it took control of between 2006 and December 2018. This was the time when Presidents Calderon and Pena Nieto were supposedly waging a "relentless" war on drugs.

I requested Mexico's incumbent left-wing government under President Lopez Obrador to publish this information in accordance with the country's transparency law. It rejected this, however, arguing that the information could compromise its ongoing investigation and endanger national security. Then, finally, I was given some information after all: Officially, the Mexican state has seized three watches, a piece of real estate, five firearms, 171 bullets, five chargers, a computer and three mobile phones. This risible list and the secretiveness surrounding it speak volumes. 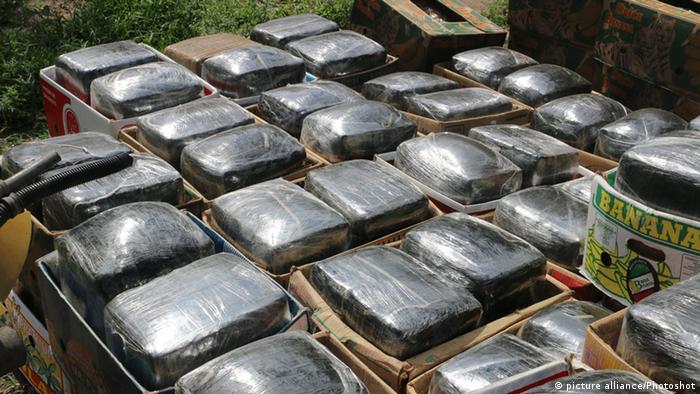 The drugs trade is worth billions of dollars

The global drug industry, which brings tons of illegal substances into the US and other countries, will continue despite El Chapo being behind bars. The true masterminds will simply keep the business going. In their huge global power game, El Chapo was merely a pawn.

His sentencing in New York will convey a fleeting sense that justice has been done. But it will not deter those who decide to take the role of little cogs in the elaborate machine that is the global drug trade — let alone the actual bosses and beneficiaries of this system. Although El Chapo is now in jail, those truly responsible remain at large.

The exiled Mexican journalist has received Deutsche Welle's Freedom of Speech Award at the Global Media Forum. In her acceptance speech, she issued a warning against organized crime and a plea for truth. (27.05.2019)

Who holds the power in politics and society? That is one of the questions to be discussed in depth by international participants at DW's Global Media Forum. (26.05.2019)