Netherlands: The possible consequences of liberal drugs policies | Europe| News and current affairs from around the continent | DW | 29.11.2019 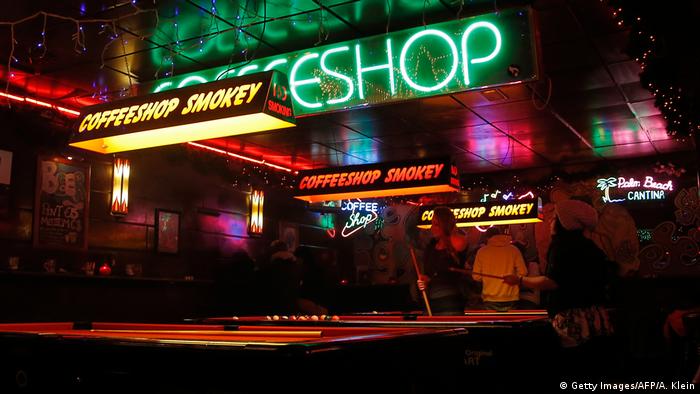 The Netherlands is one of the world's leading producers of synthetic drugs, says Pieter Tops.

Tops, a social scientist at the University of Tilburg and lecturer at the Police Academy of the Netherlands, researches organized crime in his country and how it has moved into certain areas of society — in a similar way to Mexico. This, he argues, is a consequence of the famous Dutch tolerance of soft drugs, practiced since the late 1970s.

"We thought we would set the world an example and we were very satisfied with it for a long time — but not anymore," Tops says in his thought-provoking speech "Drug trafficking — The Dutch example: Does legalization work?" which I heard on November 6, 2018, in Barcelona.

The thing I warned about at a conference in Amsterdam five years before that has now become a terrible reality: The drug mafia spreads out everywhere if you give it the space to do so.

Tops said that the legalization of drug use in the Netherlands was a fundamental mistake that has now, almost 30 years later, led to serious consequences. "The reality is that on the one hand, we allow people to legally buy drugs in the so-called coffee shops, but on the other, prohibit the owners of these shops from buying those soft drugs," says Tops. "This is a schizophrenic situation, but somehow we have managed to live this way for more than 30 years," he adds. There is currently a debate in the Netherlands about the possible problems with the system, he says.

Tops says that the legal contradiction results in the "coffee shops" selling cannabis coming from the illegal production and trade that have been tolerated in the Netherlands for decades. This, he says, has led to the emergence of organized criminal gangs that have found the Netherlands to be a virtual paradise not only with regards to cannabis production but the production of other, hard drugs as well.

"This situation has become a major problem. We are currently conducting field trials. Next year, coffee shops in 10 Dutch cities will be allowed to buy cannabis from legal producers, but big cities like Amsterdam will not participate in the experiment," he says.

Tops points out that a variety of drugs is currently manufactured in the Netherlands and exported: cannabis, synthetic drugs, ecstasy and methamphetamines, cocaine and heroin. According to a study, synthetic drug production in the Netherlands generates €19 billion ($20.8 billion) in a year. Most of the drugs produced there are exported to the United States and Australia.

According to press reports, the Dutch authorities are convinced that Mexican drug cartels are giving their Dutch colleagues valuable information about the production and distribution of methamphetamines. They are also possibly acting as distributors on the American continent. Mexican drug trafficker Jose Rodrigo Arechiga, alias "El Chino Antrax," was arrested in 2013 at Amsterdam's Schiphol Airport. Although Arechiga rose to notice primarily as the leader of a death squad of the Sinaloa cartel, his most important role (according to documents I possess) was that of a logistics specialist for the Mexican cartel.

An ecstasy pill produced in the Netherlands for about €0.20 can be sold on the streets of Australia — for example, in Sydney — for €18 (29 Australian dollars)," says Tops. Netherlands authorities believe that Dutch criminals rake in at least €900 million of the €19 billion made from drugs sales.  The rest of the money leaves the country along with the drugs. "To be honest, we have to admit that we have no idea where the remaining money ends up," says Tops. 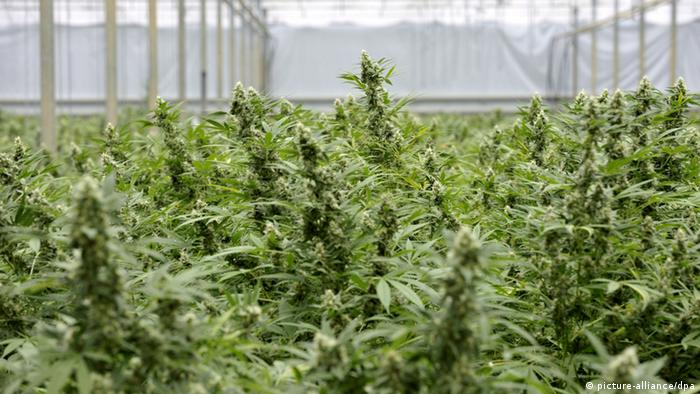 The Netherlands is home to numerous illegal cannabis plantations

The expert cites three reasons why the Netherlands — "this small, decent and prosperous country" — has become an operations center for the drug barons. The first reason is the same one that makes the country attractive for legal trade: "It is an economy that is very open to international trade. We are the gateway to the north of Europe and we have an excellent infrastructure." On top of that, the Netherlands would be reluctant to burden goods traffic with costly and restrictive controls as they could delay trade flows and thus lead to a competitive disadvantage, he says.

The second reason, says Tops, is the tolerant attitude of the government and society toward drugs and their consumption. "As a result, we are not investing in strong law enforcement agencies to combat illegality. In the Netherlands, relatively few people are currently dying from an overdose of drugs: In 2016, there were 250 deaths." In a country of 17 million, that's almost nothing, says Tops.

The market creates a drug mafia as well

"I think the real problem is the huge sums of money involved in this illegal business. They attract not only criminals but also ordinary people, who think: 'If there is the chance to make so much money and the likelihood of going to court is so low, why shouldn't I get involved, too? " Tops says.

The message from Pieter Tops is clear: The fact that drug trafficking goes unpunished in the Netherlands and is socially accepted is driving up the production of synthetic drugs, with serious consequences — including for neighboring countries like Germany.