Is the EU preventing a global treaty on environmental responsibility? | Environment | All topics from climate change to conservation | DW | 25.11.2019 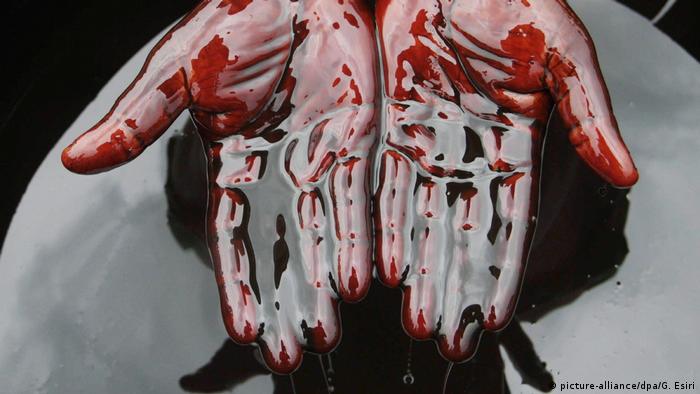 David Bilchitz rushes through the Palace of Nations, dragging a small trolley filled with papers behind him. The United Nations Human Rights Council (UNHRC) has been based in this vast neo-classicist complex on Switzerland's Lake Geneva since 2006.

Bilchitz, a South-African lawyer who works at the University of Johannesburg, checks his watch. He has 20 minutes of interview-time before heading off to the main meeting room for negotiations about a new UN treaty which would establish a binding framework for international corporate behavior.

As things stand, the only guidelines on good business practices are the United Nations Guiding Principles (UNGP's). But they are non-binding and aren't enough to stop multinationals from committing human rights abuses or polluting the environment.

Several papers commissioned by the European Parliament over the last years have shown that EU companies in the garment, mining and agricultural sectors are least likely to live up to their UNGP commitments. The proposed UN Treaty on Transnational Corporations and Other Business Enterprises could usher in new levels of responsibility.

"This treaty would finally end the legal inequality between unaccountable companies and states," Bilchitz says. 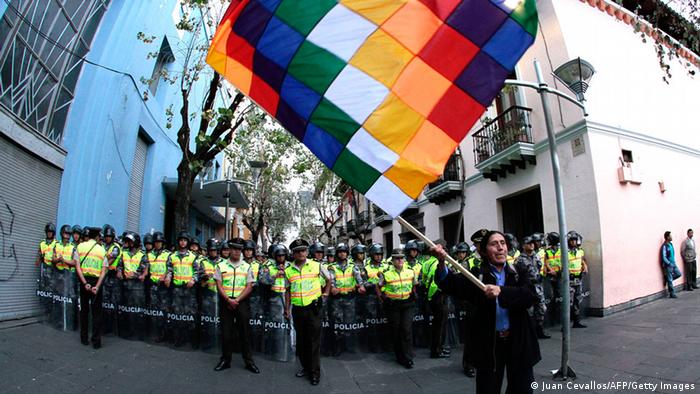 A man waves an Andean indigenous flag during a protest in Quito, Ecuador, against the exploration of oil in the Yasuni National Park. Ecudaor started pushing for a global treaty in 2013 after spending years pursuing compensation from oil giant Chevron-Texaco

It is fall 2019. As the snowy top of Mont Blanc glistens under a warm sun in the distance, negotiations in the main assembly hall in Geneva enter their fifth round. Paragraph by paragraph, member-states and experts from across the world give their opinions on legal ramifications, liabilities and governmental responsibilities. Civil society is well-represented via a global Treaty Alliance of 208 NGO's, which includes BUND and the Transnational Institute (TNI).

The five-day session is chaired by Ecuador, which began pushing for a treaty in 2013  two decades into its efforts to win compensation from oil-multinational Chevron-Texaco over pollution in the Amazon.

During those 20 years, Chevron-Texaco avoided prosecution — something Bilchitz attributes to the corporate structure of multinationals.

"What we want is to hold a company like Shell responsible in their native Netherlands for crimes committed by a Nigerian subsidiary," he says in reference to the way Shell was able to walk away from taking responsibility for oil spills in the Niger Delta. 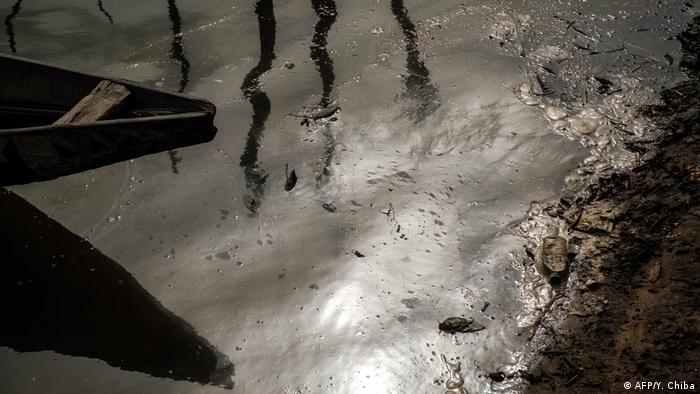 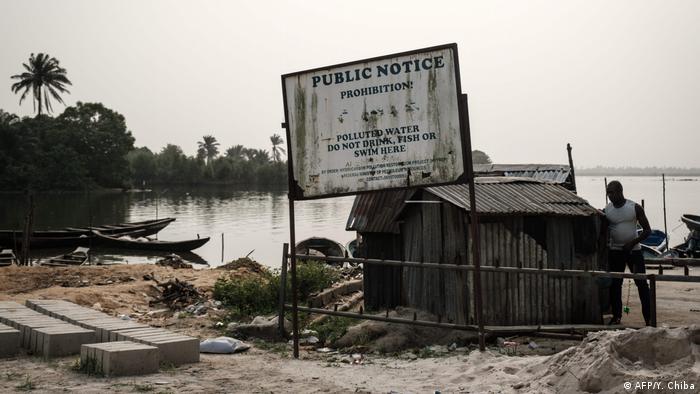 Dickens Kamugisha, who is the Chief Executive Officer with the Africa Institute for Energy Governance (AFIEGO), has traveled to Geneva from his native Uganda. Back home, he's involved in several lawsuits against the oil company Total, which has begun setting up the infrastructure for oil extraction in a nature reserve on the Ugandan-Congolese border.

"Local farmers have to leave their land so Total can start building roads and pipelines. They get very little compensation and lose the mango trees in which they have invested all their savings," Kamugisha explains. "Villagers were never consulted about the project, although that's obligatory under Ugandan law."

Kamugisha stares across the crystal-clear water of Lake Geneva, remarking on the irony that negotiations on better corporate practice should be held in the secretive banking city where one of Total's worldwide trading offices is registered.

"Total has a turnover bigger than Ugandan GDP. They use the lack of good governance in Africa to drill for oil and then play innocent when African citizens get tear gassed for protesting the loss of their land," he says.

In the global economy of the 21st century, corporate strategies are usually developed in financial centers like Frankfurt or London. Resources are often bought in developing countries where rule of law is weak. In such complex chains, it is not always clear who bears legal responsibility for human rights, production norms or environmental pollution. That could be resolved with this UN treaty.

The majority of the United Nation's 85 member states — including the African Union, China and Russia — were quick to embrace the Ecuadoran proposal back in 2013. Western countries, however, were less enthusiastic. American and Canadian diplomatic delegations have yet to show up to the various stages of negotiations in Geneva, while the EU has tried to prevent negotiations from even starting. 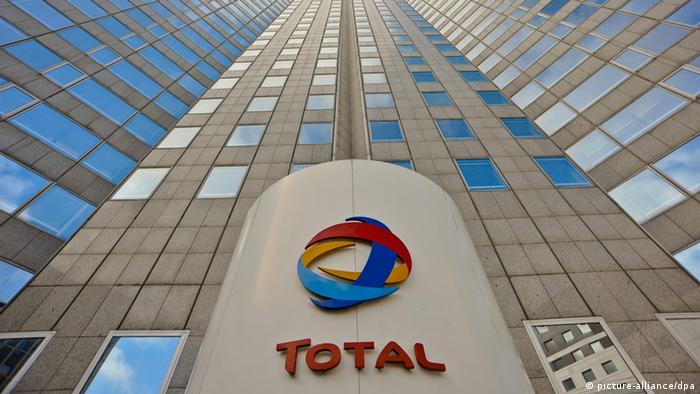 French multinational oil and gas company, Total, has been accused of taking advantage of the lack of good governance in African countries, allowing them to avoid consulting residents about drilling projects 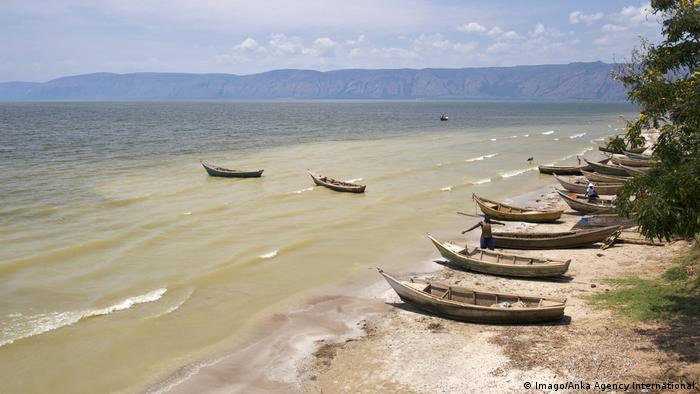 Lake Albert, located on the Uganda-DR Congo border, has been earmarked as a site for oil extraction

Internal EU documents obtained through a Freedom of Information request show that during a meeting in Brussels early in 2014, the bloc's diplomatic service — the European External Action Service (EEAS) — more than once called on national delegates to "stop attempts led by Ecuador to work towards a legally binding instrument."

Kamugisha says European resistance to this treaty "is a trick so EU companies keep making profits in Africa."

Because the EU is not a UN member-state, but what is known as an observer member, it has no voting rights. It could, however request a negotiation mandate, which would allow European diplomats to actively engage in the talks.

But no such request was made for the fifth round of these negotiations. On the contrary, addressing the UNHRC delegates in Geneva, EEAS diplomat Guus Houttuin, says the European Union will not be taking part in the talks.

"Nobody expected the US to participate, but that the EU tries to block this is a disappointment," Bilchitz said. "That the European Union is unwilling to participate leads to a lot of impatience in the developing world."

"We've established regulations against conflict minerals and illegal logging. Big companies also have to account for their supply chains in several member-states," he explains. "EU member-states are also divided. To ask for a negotiation mandate right now would make no sense."

Nonetheless, with the Dutch government now lobbying the EU to rally behind the UN negotiations, there are signs that attitudes are beginning to shift.

And in a world of increasing corporate competition, even Houttuin agrees a binding treaty could actually benefit EU businesses.

"EU companies nowadays have to compete with Chinese multinationals who have no rules to abide by at home. Having binding international rules would level the playing field for everybody. I can't really think of any fundamental objection Europe should still have against this."

We must wean ourselves off unsustainable economic growth if we are to cut greenhouse gas emissions and avoid catastrophic climate change, say some economists. But what are the alternatives to growth? (17.11.2017)