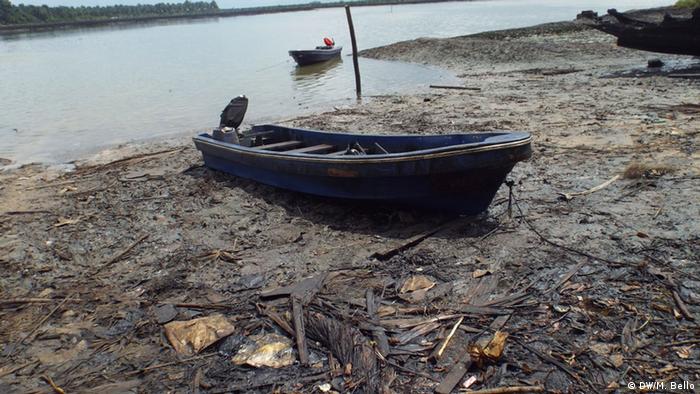 The organization said the companies were "taking weeks to respond to reports of spills and publishing misleading information about the cause of and severity of the spills, which may result in communities not receiving compensation."

The findings were part of a research project released on Friday, which enlisted the help of thousands of supporters and activists to collect data about oil spills in the Niger Delta.

Once a blessing, now a curse

Oil spills in the Niger Delta region have brought misery to locals for many years. The valuable resource which was supposed to be a blessing for their communities has now become a curse.

James Awani, an indigenous resident of Ogoniland — a region which was impacted by a reported 2,976 oil spills between 1976 and 1991 — told DW how the spills have affected his livelihood:

"You go to our farm [and see that] oil has destroyed many things. We cannot farm again, so we are very hungry. We want the federal government to come and do something for us." 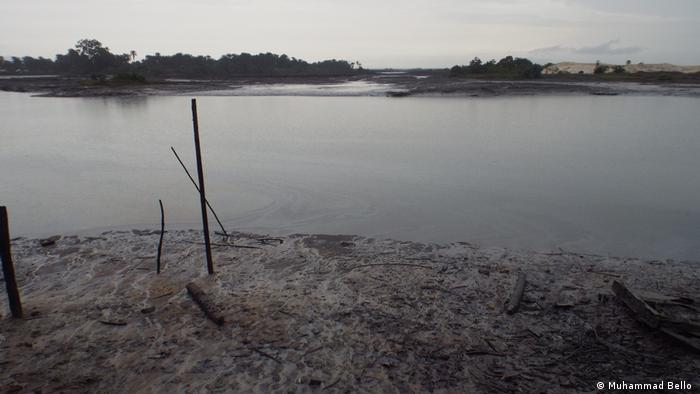 Bodo Community River in Ogoniland has been devastated by oil spills

Tammy Williams also lives in the oil region. She accuses international oil companies of not being considerate of the indigenous population and causing massive pollution in the area.

"The oil companies in the Niger Delta have been so very unfair to the Niger Delta with regards to the oil spills and not performing their duties to the communities," she told DW, "It is terrible."

Findings not a surprise

Aniko Briggs, an environmental activist in the Niger Delta region, says Amnesty's findings are not surprising.

"This is not strange," she told DW. "My organization also collects data: we physically go into the areas of spills. We have documentation going back almost 20 years of different spills across the Niger Delta River state Bayelsa and Delta State. From this we can show very clearly that it does not just take weeks but sometimes months for the oil company to respond to reports of spills. If you look at the fact that the pipes were laid almost 60 years ago — those pipes are still underground — they were laid at a time when the technology we have today was not in existence where you can very quickly detect a spill."

Previous research by Amnesty had revealed information given in oil spill reports provided by Shell and Eni was often inaccurate. In once instance, Shell allegedly massively underestimated the amount of oil spilt in the small fishing town of Bodo between 2008 and 2009. However with Amnesty's assistance, the Bodo community eventually took legal action, forcing Shell to admit the real amount and pay 55 million pounds (62.3 million euros, $76.5 million) in compensation.

Amnesty now says it plans to present a detailed report of its findings to the Nigerian government, asking it to significantly strengthen its regulation of the oil industry.

A Shell spokesman challenged Amnesty's allegations, calling them "false, without merit and fail to recognize the complex environment in which the company operates."

An ENI spokeswoman also said the organization's statements "are not correct and, in some cases, not acceptable."

Oil giant Shell has agreed to start the cleanup of the Nigerian fishing town of Bodo after the community was devastated by two oil spills in 2008. Some activists say the action is long overdue. (04.05.2015)