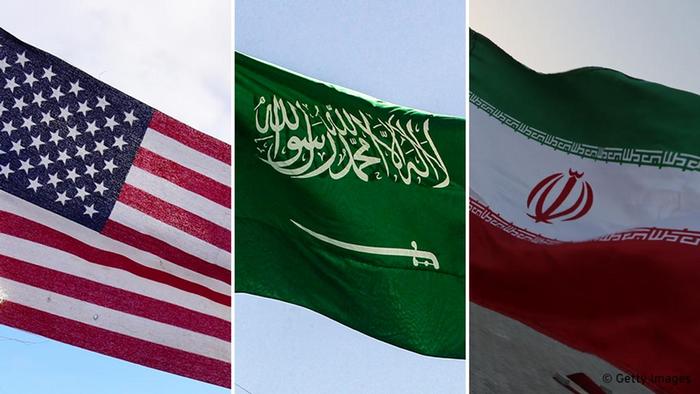 The strength of the Munich Security Conference lies in that it gathers the whole world under one roof for 48 hours. By the same token, for 48 hours it houses all the world's crises, including the conflict in the Persian Gulf, which escalated dangerously at the beginning of this year.

In his opening speech, German President Frank-Walter Steinmeier lamented the US' unilateral withdrawal from the nuclear agreement with Iran, as well as other rule violations by Washington. When US Secretary of State Mike Pompeo offered his contradictory response to Steinmeier's gloomy analysis on Saturday, he included the word "Iran" seven times in his speech. Not long after, US Defense Secretary Mark Esper called the country a "rogue state."

As conference chairperson Wolfgang Ischinger declared at the summit's outset, the Munich Security Conference does not take sides. As such, Iran was also given a platform to present its view at the beginning of a two-hour event that was opened by Iranian Foreign Minister Mohammad Javad Zarif (above) and closed by his Saudi counterpart Prince Faisal bin Farhan Al Saud. The foreign ministers of Turkey, Qatar, Kuwait and Oman all had a chance to speak in between, as did the US senator and Trump critic Christopher Murphy. 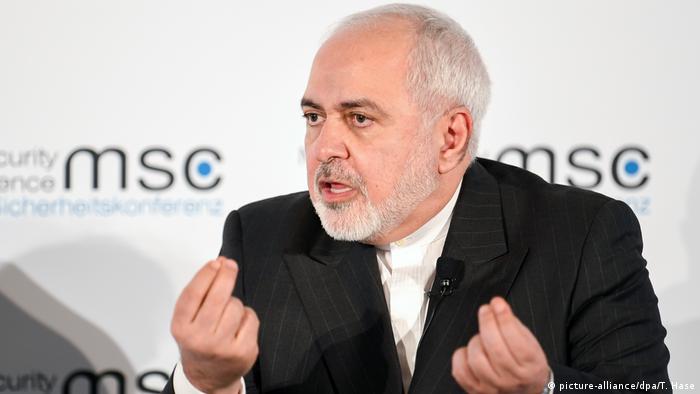 With its gold stucco, the sumptuous royal hall of the Bayerischer Hof, which was overflowing with delegates, might have been a suitable setting for a rapprochement. But this was not to be. Ali Vaez, director of Iran programs at the International Crisis Group, had a sobering analysis: "The gap between the parties in the Gulf is growing instead of getting smaller," he told DW. "And for the foreseeable future, it seems unbridgeable."

Right from the start, Zarif fiercely attacked Washington. He said that Donald Trump had had received poor advice, alluding to the US president's former security advisor, the avowed Iran hawk John Bolton. "President Trump has been convinced that we are about to collapse so he doesn't want to talk to a collapsing regime. … He is wrong. … He's been waiting for Iran to collapse since he withdrew from the nuclear deal."

Responding to a question about the killing of General Qassem Soleimani by a US drone in early January, Zarif declared an end to Iran's retaliation. He said that his country had no interest in an escalation of the conflict with the US. He did not, however, rule out acts of revenge from the Iraqi population. After all, he pointed out, Iraqi members of government and the military had also been killed in the attack. He said that Iran could not exert any influence in this case.

Zarif did propose talks about a common security architecture in the Middle East and about confidence-building measures to Iran's neighbors in the Gulf and Saudi Arabia. He said that Iran did not want problems in the region and that security should come from within. Zarif pointed out that the US did not offer security and told Saudi Arabia that it was wrong to think it could buy security like US weapons.

His Saudi counterpart rejected Zarif's overtures. The Saudi foreign minister said that his country had always been open to real dialogue, but that there had to be consensus on the cause of the instability in the region before discussions could take place and that Iran was the cause. Thus, Saudi Arabia agrees with the US government. 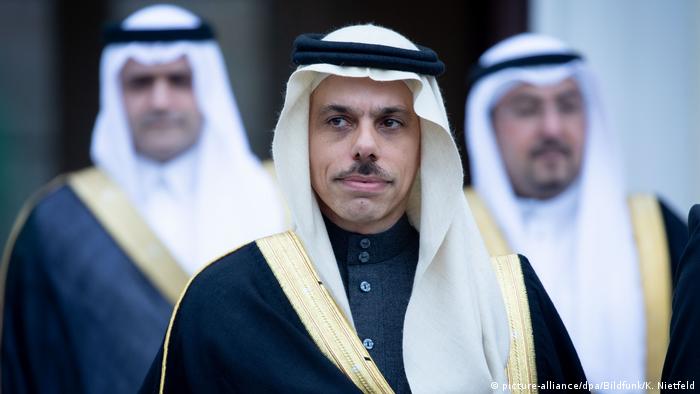 Saudi Minister of Foreign Affairs Faisal bin Furhan: Iran must change its behavior before any talks

Vaez, of the International Crisis Group, was not convinced: "An analysis that puts all the blame for everything in the region on one party alone is by definition unbalanced and only serves to fuel further tension." Senator Murphy, a Democrat from Connecticut, took a similar view during the round table debate. He said that it was a major mistake that Washington had taken the side of Saudi Arabia unilaterally and that deescalation was in the US' interest.

The US continues to apply "maximum pressure," just like its closest Arab ally. But under these conditions, there can be no serious dialogue between Iran and its Arab neighbors in the Gulf. Turkey, Qatar and Oman, which all have a strong interest in deescalation, made various attempts at mediation between the conflict parties at the conference.

However, none have the strength to dissuade the US from continuing its policy of imposing tough sanctions. "The more isolated, threatened and sanctioned Iran is, the greater the danger that it will strike back—and the higher the risk of an unintentional conflict," said Vaez.

Nonetheless, there is a slight glimmer of hope that despite the public deadlock, somewhere in the halls, corridors and stairwells of the Bayerischer Hof, or in one of its hundreds of rooms, at least some representatives of the Iranian and US delegations might get to talk to each other in less hostile terms. That, at least, is what conference chairperson Wolfgang Ischinger is hoping because after all, "that's what the conference is for."

The war of words between the US and China at the summit cast a shadow over diplomacy efforts. While the US offered dire warnings about China's influence, China said the West should accept its different system. (16.02.2020)

Germany and other world powers meeting in Munich raised concerns about the deteriorating security situation in the Sahel region. But African heads of state who had been invited were conspicuously absent. (16.02.2020)