Indigenous rights are increasingly seen as key to protecting environments like the Amazon. But in Brazil, political instability threatens to push back progress and open up indigenous lands to development. 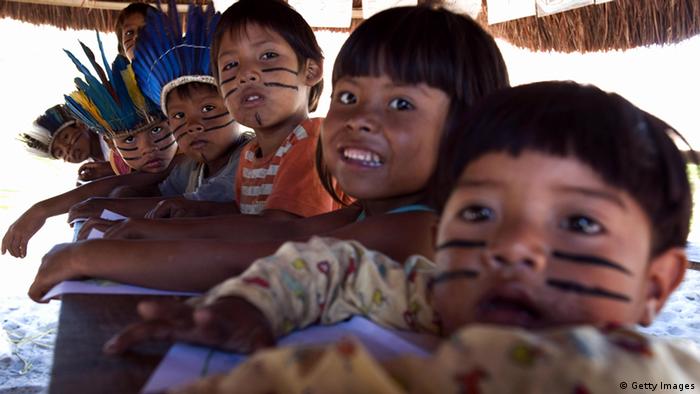 Tekohá is a word in Guarani, one of Brazil's indigenous languages. Roughly translated, it means "the place where you can be yourself."

"In other words," says Giba Wataramy, a geographer at Brazil's Indigenous Missionary Council, "the Guarani people - and we can apply this in a way to all indigenous groups - can only fulfill themselves as a group if they have their own territory."

Since 1988, the Brazilian constitution has protected indigenous lands, allowing them to maintain their traditions and preserve the habitats where they have thrived for countless generations.

But now all this is under threat. Political instability has strengthened the hand of the country's powerful agribusiness lobby and halted the legal demarcation of indigenous lands.

The Parliamentary Front of the Agribusiness (FPA) is an alliance of 231 parliamentary deputies and 25 senators from different political parties who support the industry.

Dubbed ruralistas, they see the demarcation of indigenous lands as an obstacle to the country's development. 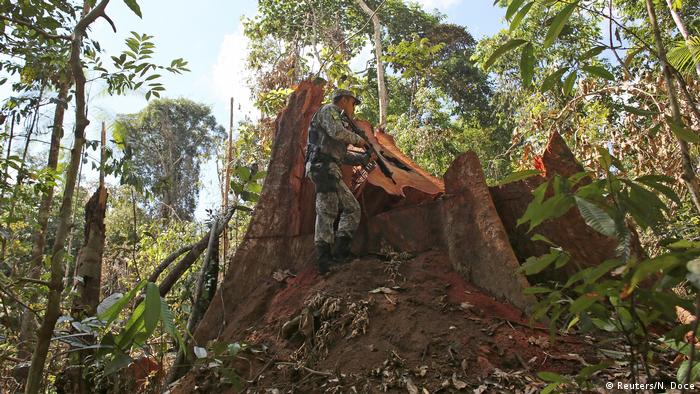 "We are 210 million Brazilians," congressman Nelson Padovani said in a video released by FPA. "The indigenous people are fewer than 1 million, and yet they hold 13.8 percent of the national territory."

The FPA claims that 8 percent of indigenous lands would be suitable for agricultural development. And it insists this would not be contrary to indigenous interests.

"I think the indigenous people should have the priority [on the use of the land]," Nilson Leitão, president of FPA, told DW. "The choice is theirs."

Leitão says indigenous people should be able to enter into partnerships with firms who can provide technology, equipment and expertise to help them exploit, for example, mineral deposits on their land.

"If Brazilian companies can look for partners, why can't they do the same?" he said.

"What they need is the autonomy to do that, and to profit from it."

But indigenous rights defenders aren't buying the argument that exploration of native lands by third parties is in their interests. They argue the lobby wants to force indigenous people to abandon their traditional way of life.

"The ruralistas are trying to keep the natives invisible," Artionka Capiberibe, professor of anthropology at the State University of Campinas told DW. "They are working to 'incorporate' indigenous people into the Brazilian society, turning them 'Brazilian.'" 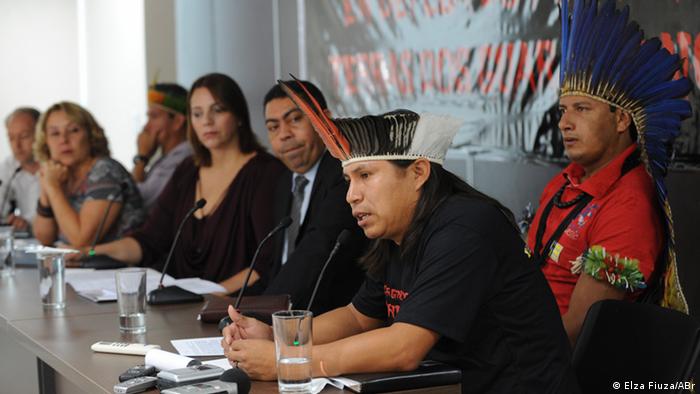 Companies will be the ones to profit from indigenous land, Capiberibe says. If they hand over their land, indigenous people will lose their independence and fall into poverty. "That is why the right to the land is crucial."

The fight to protect indigenous culture stretches back to the earliest days of colonization by the Portuguese, who Capiberibe says displaced native populations in a bid to subdue them and exploit their labor.

After centuries of government oppression, a turning point came with the Brazilian constitution in 1988.

Today, the protection of indigenous land is not only a matter of cultural diversity, but environmental protection.

The vast majority - 98 percent - of indigenous land is within the Amazon rainforest. According to a study by the World Resources Institute, the deforestation rate within these areas is 2.5 times lower than elsewhere. 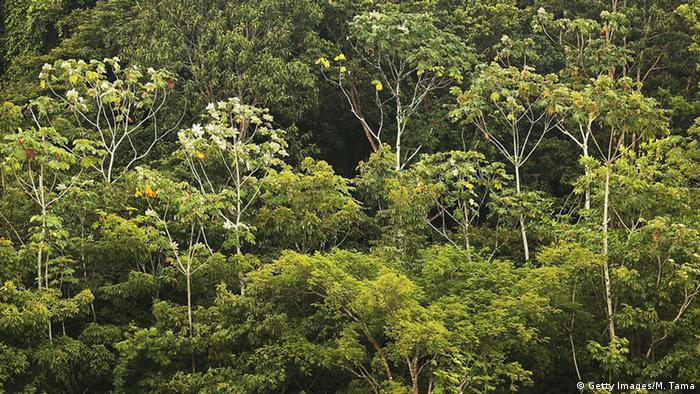 At stake in the land demarcation struggle: vast biodiversity

Márcio Santilli is founder of the Socio-Environmental Institute and former president of Funai, the official Brazilian government indigenous rights agency.

"There has been a series of decisions made by the current government favoring ruralista lawmakers' propositions on the environmental and indigenous agendas," Santilli told DW.

Last year, President Dilma Rousseff was impeached on charges of corruption. Her deputy, Michel Temer, took over and has faced similar charges. Heading up a precarious coalition government, President Temer depends on support from the FPA.

"There is an extremely weak president who was not elected for that position," Santilli says. "He is a person whose power emanates entirely from Congress." 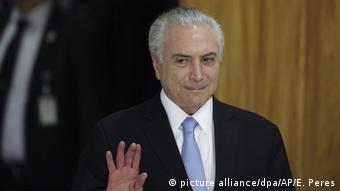 In return for FPA backing, the president has supported several of its initiatives, including a binding legal opinion that indigenous peoples only have rights to land they inhabited at the time the constitution came into force in 1988.

When Temer took office last May last year, 748 demarcation processes were in the works to legalize indigenous land claims.

None has since been completed - and activists say that in practice, the legal opinion will see every one of them brought to a halt.

Even Funai has come under attack, with its funding drastically reduced.

"Funai has been progressively wrecked because it annoys [the agribussness lobby]," Capiberibe says.

Leitão argues that Funai's demise has been an ongoing process for more than a decade, predating the current administration. He frames the current changes as "restructuring" that will ultimately increase Funai's power to protect indigenous populations. 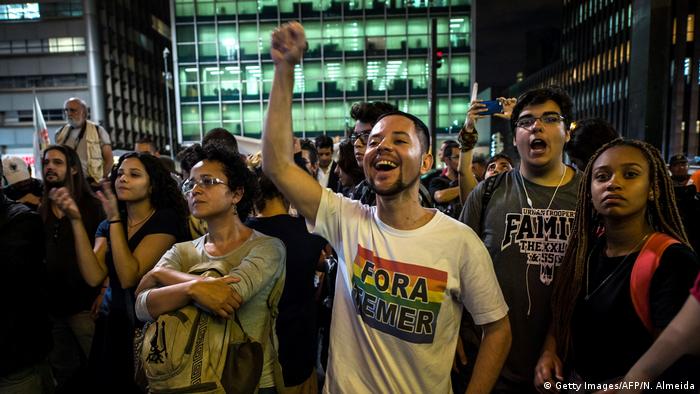 Protestors wait for an announcement on corruption charges against President Temer

Its final report, released in May, recommended the criminal prosecution of 67 people - including archaeologists, federal prosecutors and indigenous leaders - for falsifying technical reports in order to push through demarcation of indigenous lands.

"They are disqualifying and criminalizing anthropological work, aiming to get them out of the way since these professionals are guaranteeing indigenous lands and, therefore, hindering their business," Capiberibe says.

The implications of this could be profound - not just for Brazilian culture, but for the future of ancient forests that harbor some of the world's greatest biodiversity and do their bit to protect us all from climate change.