First Australians who have sustained their land for millennia have become the last line of defense in the fight against one of the world's largest coal mines. If it goes ahead, it could damage the Great Barrier Reef. 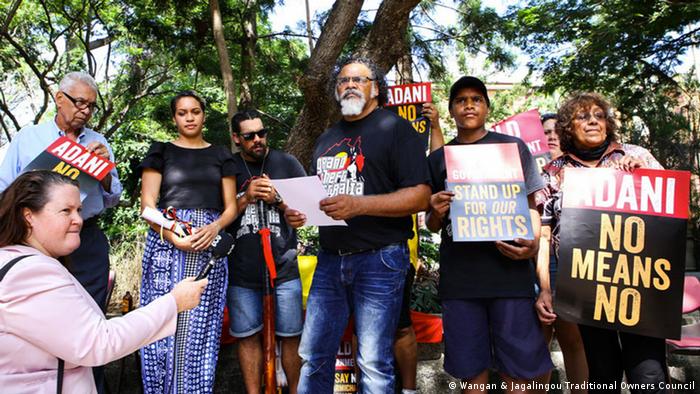 When Murrawah Johnson recently traveled to Townsville - the gateway to Australia's Great Barrier Reef - she saw two huge billboards promoting Adani, the Indian mining behemoth that wants to construct a 450-square-kilometer (285-square-mile) coal mine nearby.

Johnson was in Townsville to give a keynote address at Australia's largest conference on native title - the legal mechanism through which indigenous people claim ownership of ancestral lands they have occupied for up to 60,000 years. She's also a member of the Wangan and Jagalingou (W&J) Traditional Owners Council that claims native title over the land Adani wants to dig up.

Though she went to school in the coastal city, the 22-year-old was returning to Townsville a saboteur of sorts. "My [name] is synonymous with saying no to Adani," she told DW.

Located on the tropical coast of northern Queensland, Townsville is at the heart of the push to build the 21-billion-Australian-dollar (around 14-billion-euro) Carmichael coal mine in the nearby Galilee Basin. It will be one of the world's largest.

The mantra is jobs. But doubling Queensland's coal exports will also pump an additional 120 million tons of CO2 into the earth's atmosphere annually, and contribute to global warming that is killing the nearby reef. The region's vital tourism industry will also suffer, say environmentalists like Bob Brown, a former Australian Green Party lawmaker. 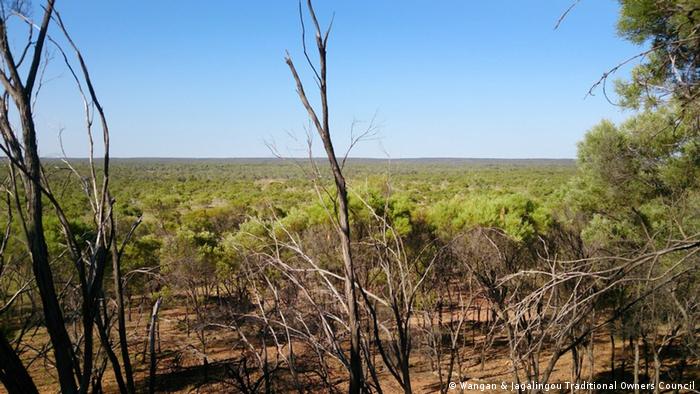 Besides Johnson and the other traditional owners, few in Townsville, which is now crippled with high unemployment and crime, want to talk about this inconvenient truth - or how the promise of mining jobs has been greatly overestimated. Adani has claimed it will create 10,000 direct and indirect jobs. But the real figure is expected to be around 1,400, according to the company's own expert report.

W&J has been locked in battle with Adani since 2012 when the company first sought permission to build six open-cut and five underground mines on Wangan and Jagalingou land.

Clan members have consistently rejected these advances, even in the face of pressure from the Australian and Queensland governments.

"We have not given our consent. We will not give our consent. And we will continue to fight this until the end," said Johnson while standing on Wall Street in New York, during a 2015 world tour to raise awareness and lobby banks not to fund the mine. A number of major international banks have since pledged to not provide financial backing. 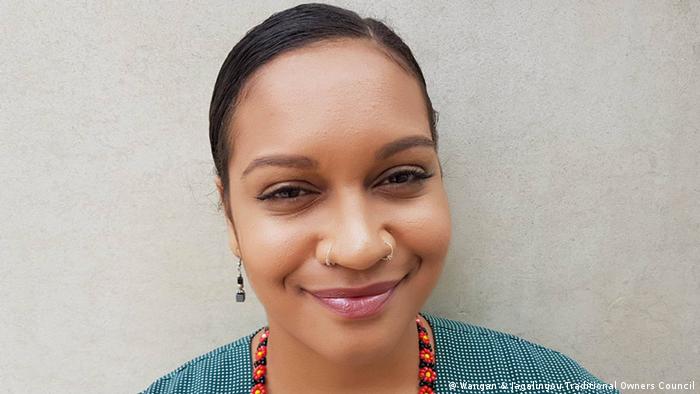 Murrawah Johnson is fighting to keep the coal in the ground

Meanwhile, before proceeding with the mine, Adani had to procure an Indigenous Land Use Agreement, which according to a recent court decision, required unanimous consent from traditional owners.

With the mine in legal limbo, the Australian government last week succeeded in amending the Native Title Act on behalf of Adani so that land use agreements can be procured without unanimous consent from all native title claimants. One Senator called it the "the Adani bill." But the W&J Traditional Owners hit back.

"We draw the line today. We declare our right to our land. There is no surrender. There is no land use agreement," W&J elder Adrian Burragubba said in a June 14 statement. W&J's case challenging the agreement will be heard in the Federal Court in March 2018.

Johnson grew up in the Bowen Basin region inland from Townsville. The area holds the largest coal reserves in Australia, a nation that is the world's third largest producer of the fossil fuel.

Like Johnson's mother, indigenous people often live among the many huge open cut mines in the region. It's they who witness "the violent extraction that other people never have to see,” Johnson told DW.

Adani says it will adhere to green regulations and protect resources, like water. But environmentalists and the W&J fear the new mine will poison the local Doongmabulla Springs and Carmichael River, waters also linked to the adjoining Great Artesian Basin, Australia's largest underground reservoir and an important wetland. They also point to what they say is Adani's poor environmental record in India.

"The mine will pollute and drain billions of liters of groundwater, and obliterate important spring systems," said Adrian Burragubba in a 2015 statement."It will literally leave a huge black hole of monumental proportions in our homelands. These effects are irreversible. Our land will be 'disappeared'." 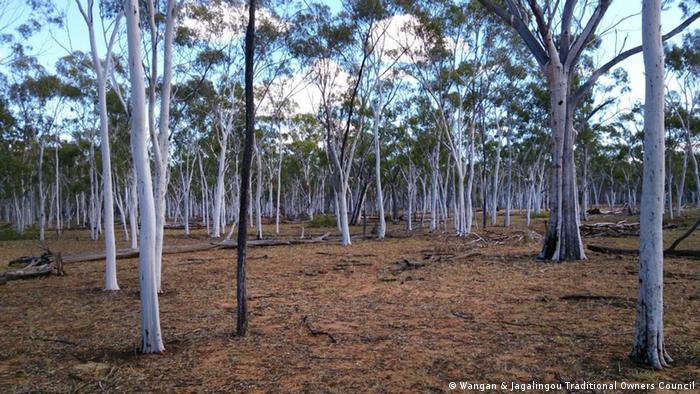 Such tranquility stands to be uprooted by the vast mine project

Adani and Australian lawmakers argue the project will inject billions in taxes and royalties into the economy, which would then be spent on infrastructure, schools and hospitals.

But after decades of mining in the region, Johnson says indigenous people have not profited in the way companies like Adani have promised. Aboriginal communities still suffer from grinding poverty, the highest suicide rate in the world among young men, premature death from diseases like diabetes. Johnson attends a lot of funerals.

"I don't know one situation where mining has made a community better-off socially, economically or politically," said Johnson. "It does not exist."

The arguments for the mine continue to center on the promise of jobs, ignoring the environmental impact and climate change. For Johnson, it is the W&J people's responsibility to speak for their land, and to carry on "the greatest history of sustainability in the world."

"We're talking about our totems," said Johnson, "About the water and the land, because they can't speak for themselves."