Granting indigenous land rights could save the climate - or not | Environment | All topics from climate change to conservation | DW | 12.05.2017

Indigenous peoples believe they preserve forests best - something that is becoming more important as the planet heats up. But indigenous peoples need land title to implement protection - why is this so contentious? 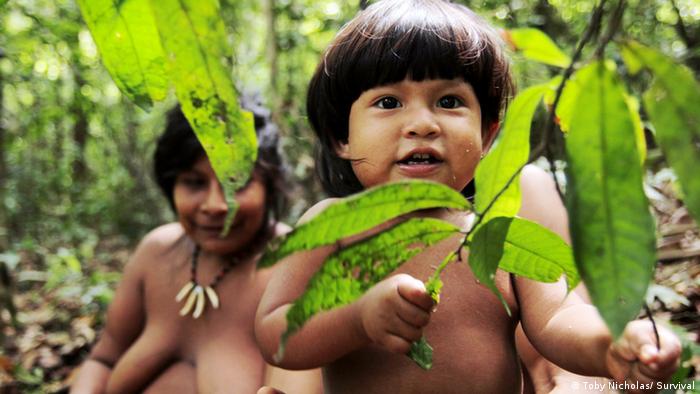 Indigenous lands have been a war ground for centuries, as differing interests fight over the richness in them. And in many cases, the tribes who originally lived there became warriors in a broader sense, as they fight to defend their traditional territories.

But ownership and control of indigenous territories remains unclear in large regions of Asia, Africa and Latin America.

As climate change comes into focus, indigenous peoples maintain that securing their land rights is critical not only for their communities, but also for climate protection.

Forests play a vital role in the planet's ecosystem, as they lock up atmospheric carbon dioxide, limiting global warming.

The Paris Agreement marked a major acknowledgement of indigenous communities' rights and their role in climate protection and fighting climate change.

But recent protests and violent conflicts across Brazil have shown that indigenous land rights remain a source of conflict - one in which our planet could be at stake. 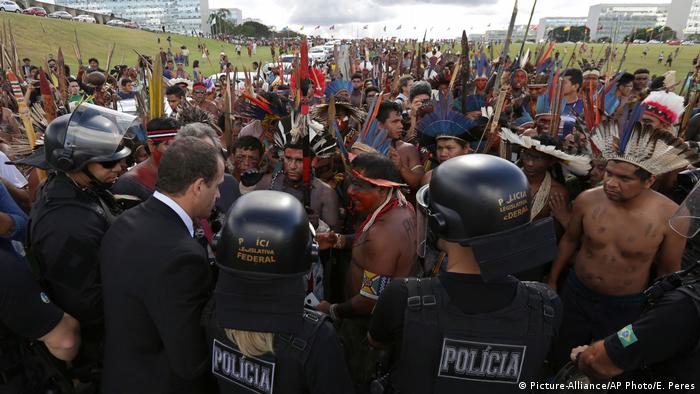 Indigenous people took the streets in Brasilia to defend their rights

A 2016 report indicated that indigenous peoples are the best protectors of the earth's natural capital.

The report outlined how over a time span of 15 years, deforestation rates in indigenous territories were less than one-tenth of those in the rest of the Brazilian Amazon.

A study from February 2017 has come to support this idea. Titling indigenous communities in the Peruvian Amazon led to increased forest protection, was the main finding.

"In a two-year window, deforestation in the analyzed areas was reduced was three-quarters, and forest degradation by two-thirds," Allen Blackman, lead author of the study, told DW.

Blackman speculates that there are two main reasons granting land title is linked with decreased deforestation.

Stricter control over ownership in general leads to a more efficient regulation of illegal deforestation. It also increases public pressure from environmental groups or media.

Despite an overall increase in the rate of official recognition of land rights for indigenous people, figures from Imazon, a nonprofit research institution, show that about 160,000 land claims are pending regularization in the Amazon.

Regularizing those claims would greatly contribute to the implementation of more sustainable measures in the region, Imazon concludes. 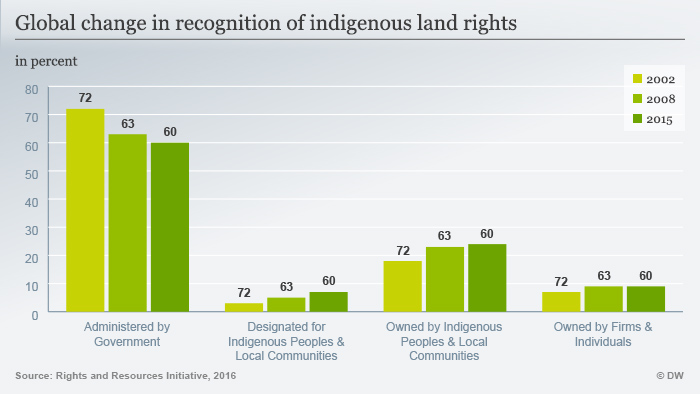 Confusing cause and consequence?

But the relation between granting land title and greater forest cover is not clear for everyone.

Steven Lawry, a researcher with the Center for International Forestry Research, cited indigenous communities in northern Canada with their extensive logging as one example directly challenging this relation.

"These timber practices must not conform with the idea some people have about indigenous communities' relationship with the natural environment," Lawry pointed out.

He emphasized that climate protection should not be the only reason to grant land title to indigenous peoples - human rights should form the main basis.

The concern for climate change should not overshadow the social, economic and public health problems that indigenous communities face, he said.

"Are we going to suggest that if an indigenous community gets a title and starts cutting down the trees, the right to their land should be taken away? I would hope not," Lawry added. Edwin Vásquez represented indigenous peoples in the pre-COP23 in Bonn

Since 1980, Brazil has granted more than 300 legally recognized lands to indigenous communities. In these territories, indigenous peoples can use the forests for their own purposes and decide whether to exclude soy farming or gold mining.

But tumultuous events within Brazilian politics are putting these rights at stake - and with that, environmental protection as a whole, believes Edwin Vasquez, president of COICA, the coordinating body of the indigenous organizations of the Amazon basin.

Indeed, political instability in the country has been pointed as a major cause behind a rise in deforestation in 2016 after several years of decline.

Fearing the loss of their rights and opposing new regulatory threats currently being proposed, thousands of indigenous people took the streets from April 24 to 28. Some protests turned out into violent confrontations, leaving several seriously injured.

"The rights we hold have been achieved through demands of the indigenous peoples, not by political will," Vasquez told DW. "Now, we call for them to be fulfilled."

For the sake of the planet

Vasquez explains that they are not against development, but they want to be consulted about management of their territories. This is the best way to contribute to cooling the planet, he maintains. 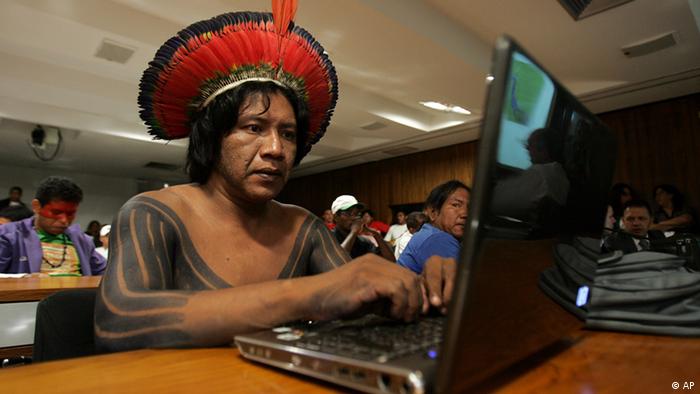 Indigenous people are engaged in decision-making processes toward sustainable development

"If they hear us and respect our rights, we can greatly contribute to reaching the Paris Climate Agreement goals," he said.

But for that, he insists, worldwide governmental actors have to act coherently, and stop supporting deforestation through mining or oil extraction.

"They support protection and conservation, but also devastation through so-called development," Vasquez concluded.

Candido Mezua is an indigenous leader from Panama who was present at the recent violent protests in Brazil. At the climate conference in Bonn, he tells DW why it's crucial for indigenous peoples to defend forests. (12.05.2017)

Major chocolate companies have agreed a statement of "collective intent" to work towards an end to deforestation. The UK's heir to the throne Prince Charles has been actively involved. (16.03.2017)