Beef (and Burger King) still eating away at forests | Environment | All topics from climate change to conservation | DW | 30.06.2017

How environmentally friendly is your beef burger? There's the climate impact of meat production to consider, and the dubious value of using land for meat that could feed many more with vegetarian produce.

But what about the food beef cattle themselves eat?

Recent reports by environmental group Mighty Earth reveal forests are being torn down to produce soy, which is mainly used in animal feed.

Bunge and Cargill, two of the world's largest soy producers, were responsible for the loss of nearly 700,000 hectares of Brazil's Cerrado forest in just four years, according to Mighty Earth. They supply soy to companies including Burger King.

The self-proclaimed king of burgers recently pledged to stop deforestation by 2030. But environmental activists say this is nothing more than a marketing ploy - or "greenwashing," to build up an eco-friendly appearance.

All for a steak

Beef production is the world's biggest driver of tropical deforestation.

In some regions, beef causes twice as much damage to forests as any of the next three biggest culprits: soy, palm oil and wood products, according to the Union of Concerned Scientists (UCS).

But even eating meat from European cows could contribute to deforestation elsewhere in the world, as trees are felled to make way for soy. 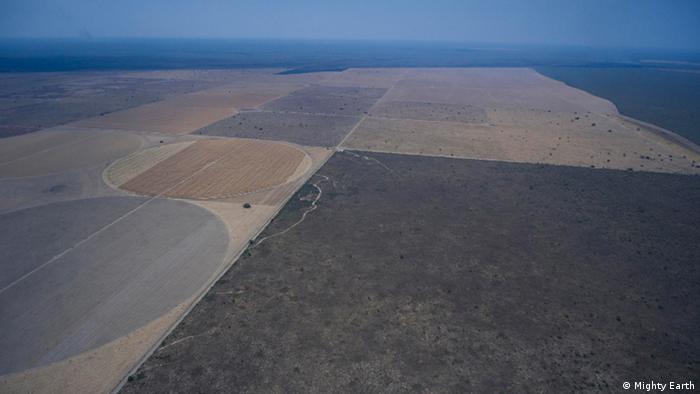 Brazil is responsible for 30 percent of the global soy production

WWF estimates that soy crops cover over 1 million square kilometers worldwide, equivalent to the combined area of France, Belgium, Germany and the Netherlands. Up to 75 percent of the world's soy is used in animal feed.

And environmental harm isn't the only byproduct of the soy industry. High rates of deforestation are also closely linked to human rights violations.

According to non-governmental organization Global Witness, Brazil was the deadliest country for environmental activism in 2015. Most of those murdered were fighting the clearing of forests.

Burger King has made a public show of working to address the issue. But environmentalists say the company's 2030 goal is ludicrously unambitious.

"The pledge from Burger King to stop deforestation by 2030 is simply absurd and not acceptable," Lars Lovold, director of Rainforest Foundation Norway, told DW.

Settting a deadline so far in the future suggests it may never be met, activists fear. Rainforest Rescue campaigner Mathias Rittgerott says it's a move designed to boost sales rather than protect forests.

Burger King may be trying to catch up with its biggest competitor, McDonald's, which has made moves to improve its environmental image.

"Burger King has felt the pressure from other companies and wants to get out of the black list,” Rittgerott told DW.

A 2016 UCS study gave Burger King's efforts to tackle deforestation zero out of 100, saying it had failed to implement any policy or practice to stop deforestation along its supply chain.

Of the 13 companies evaluated, none was rated as "good." McDonald's came in second with 48 points out of 100.

Burger King did not respond to DW requests for comment on its recent pledge.

Germany is one of Europe's biggest meat and diary producers, and, according to Mighty Earth, one of the top importers of South American soy.

Cargill and Bunge play a major role in several German supply chains, the group has shown.

Burger King boasts that 100 percent of the beef used in its German restaurants comes from German or Austrian cattle. But it doesn't say where the animals' food comes from.

In fact, very few German producers and retailers can rule out that their meat is connected with the loss of rainforests, according to Greenpeace.

Eva Muller, director of forestry policy and resources at the UN Food and Agriculture Organization, says this makes it hard to hold companies accountable.

"It complicates matters that deforestation impacts can often only indirectly be attributed to companies' business practices," Muller said. 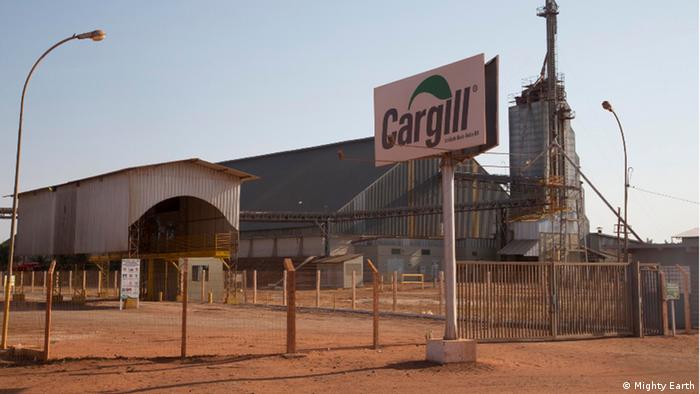 But if all this leaves a bitter aftertaste, there are ways to fight deforestation and still enjoy a juicy beefburger.

The Soy Moratorium, which saw producers - including Burger King supplier Cargill - pledge not to buy soy from cleared land in the Amazon has reduced deforestation there.

But Bunge and Cargill have so far refused to extend the moratorium beyond the Brazilian Amazon, to areas where most of deforestation takes place.

More than half the natural vegetation in the Brazilian savanna - the Cerrado - has been already cleared, compared to 25 percent in the Amazon.

And there is land available without cutting down trees.

Across Latin America, there are already about 200 million hectares of degraded forests and grasslands - an area 15 times the size of England - that could be productively developed, Mighty Earth says.

"It is fully possible to have a quick change," Lovold said. "But there is a lack of willingness." 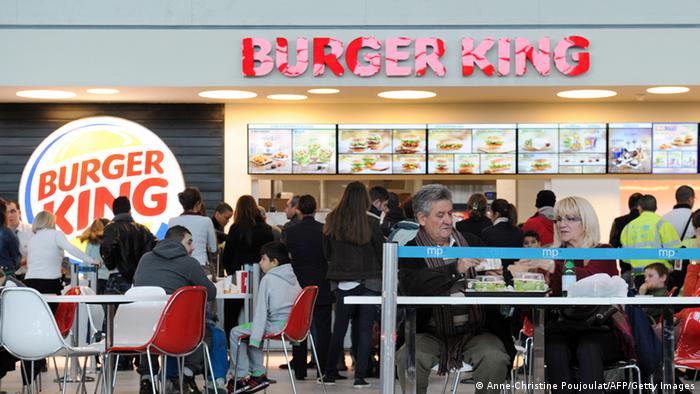 In order to create the will for change, activists say consumers must hit companies responsible for deforestation where it hurts - by refusing to buy.

"Consumers have the power to change the situation," Rittgerott said. "Therefore public awareness is essential."

Lucia Von Reusner, campaign director for Mighty Earth, points out that the Soy Moratorium was largely the result of consumer demand. Civil society pressure forced the private sector to respond, which in turn motivated the government to take action.

To do that, consumers first need to know where the products of deforested land are going. "With complex international supply chains, transparency is key to gauge environmental and social impacts," Muller said.

In Germany, McDonald's has released its first organic hamburger - in response to popular demand, the company says. The product has been criticized, but it could help promote organic agriculture. And, how does it taste? (09.10.2015)