How France's Emmanuel Macron wants to reform the EU

The French president wants to further centralize the eurozone. While Germany backs reform, Berlin is reluctant to support a "transfer union" that would see it pay more than it gets. DW examines what's on the table. 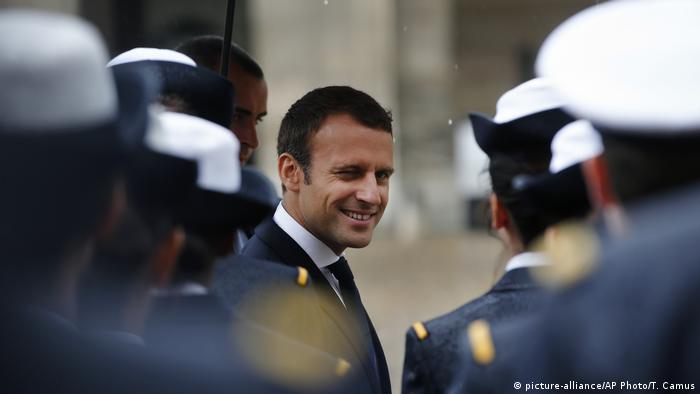 French President Emmanuel Macron has vowed to push through reforms of the European Union and the eurozone monetary union. Since assuming office in 2017, he has consistently emphasized his desire to partner with Germany to jointly lead these reforms.

Macron envisions a two-speed Europe which would allow countries that want to work towards further integration to go forward with such measures while others can choose to maintain the status quo.

In terms of monetary union reforms, Macron believes a separate parliament comprising elected members from eurozone countries would allow them to decide on matters that do not concern EU member states that have yet to adopt the euro.

Although German Chancellor Angela Merkel has backed calls for reforms, she has cautiously stated that both countries need to find a "common position," especially when it comes to reforming the 19-member eurozone. 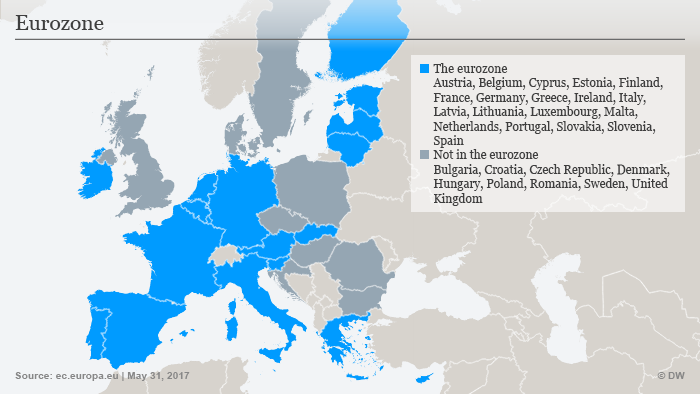 Berlin has been notably reluctant to support Macron's proposal of pooling financial resources for the eurozone, in what many in Germany's parliament believe would create a "transfer union" that would likely see Germany provide more financial resources than it would receive from a collective fund. Berlin has also emphasized that such a fund should be linked to economic reforms.

Read more: Germany's new government: What does it mean for the EU?

One proposal from the German side would see the European Stability Mechanism (ESM), the eurozone's bailout fund, turn into a European Monetary Fund that would redistribute resources to countries in need. That proposal was put forward by former Finance Minister Wolfgang Schäuble.

Under a coalition agreement, Germany's new government has backed bloc-wide reforms, stipulating that it will pay more into the EU's budget while stressing the need for budgetary discipline. 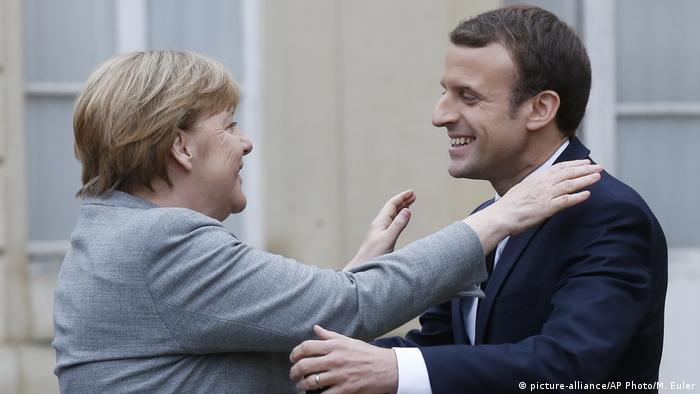 Merkel and Macron agreed last year to a tentative deadline of March to establish a framework for the reforms. Both leaders have suggested a June deadline for other eurozone members to agree on a roadmap to implement the reforms.

Germany and France will have to overcome their contradicting beliefs on the concept of centralization in the eurozone. For Macron, the monetary union needs more centralization, while Merkel believes current issues are pegged to an over-reliance on centralized structures.

Meanwhile, the European Commission, the EU's executive body, proposed in December similar reforms, including creating a finance ministerial post and a "rainy-day" budget for member states hit by economic hardship.