Eurozone reform: move along, nothing to see here | Business | Economy and finance news from a German perspective | DW | 06.12.2017

Eurozone reform: move along, nothing to see here

The European Commission's package of eurozone reforms was billed as the EU's bold vision for a post-Brexit union. But it comes as Brexit talks verge on collapse and domestic German politics remain up in the air. 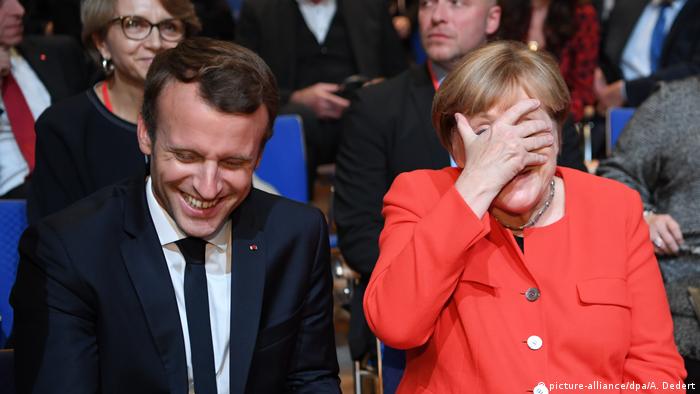 The European Commission unveiled its vision of a rebooted eurozone on Wednesday in Brussels, including the creation of a European version of the IMF, but crucially stepped back from centralizing the single currency's fiscal regime.

The commission's most concrete proposals were in fact the least controversial, including the creation of a European Monetary Fund to be built out of the eurozone's existing bailout body, the European Stability Mechanism.

The more controversial creation of a eurozone finance minister and a 'rainy day' budget for member states were officially tabled for discussion by the commission, but without a formal proposal.

The ideas are to be implemented by 2019.

"After years of crisis, it's now time to take Europe's future into our own hands," commission head Jean-Claude Juncker said in a statement. "There is no better time to fix the roof than when the sun is shining."

"Only the commission is able to present concrete proposals for the eurozone and the EU as a whole, although some would have preferred it to do nothing," EU Economic Affairs Commissioner Pierre Moscovici said at a news briefing, most likely refering to reluctance in Berlin to support more radical eurozone restructuring. 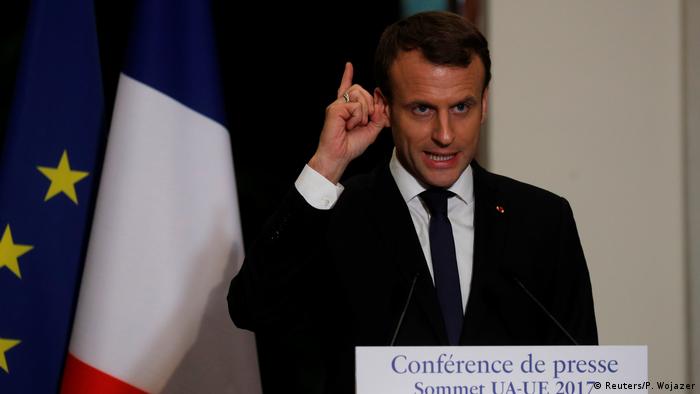 This is a climbdown for French president Emmanuel Macron, who has made reforming the eurozone, including with its own budget, one of his top priorities. He set out a list of ideas in September and German Chancellor Angela Merkel in return said she was open to some of them.

But the collapse of talks with the liberal Free Democrats (FDP), a party that was largely critical of the French president's ideas on Europe, threw all that again up in the air.

In September, Merkel backed her then Finance Minister Wolfgang Schäuble's proposal to turn the European Stability Mechanism, the eurozone's bailout fund, into the EMF, but she did not see the official possessing "expansive powers."

Its resources would rather be used to boost eurozone governments' capital subscriptions and expand their ability to borrow. The EMF could then take the place of the ECB and the European Commission in negotiating the terms of financing programs with governments.

Germany's acceptance of Macron's proposals is also contingent on his ability to push through structural reforms aimed at bringing down France's high level of unemployment and increasing labor market flexibility.

But many in Germany — and beyond — appear skeptical about Macron's ability to achieve his domestic goals.

The EU requires members to make sure their budget deficit is no more than 3 percent of gross domestic product (GDP), but France has repeatedly missed this target in recent years.

EU finance ministers have been discussing the various reform ideas since November, but with a weakened Merkel only now launching a second attempt at a governing coalition, many fear momentum is ebbing for change to the eurozone in the near future.

The head of Germany's Social Democrats (SPD) Martin Schulz said on Wednesday the party will do "everything in its power" to ensure Berlin embraces the European ideas of Macron.

Schulz criticized Merkel indirectly for not embracing Macron's ideas, saying: "Our congress will be about this tomorrow. What are our possibilities, our options, our instruments for ensuring that Germany embraces these French ideas," Schulz said at an SPD conference in the party's Berlin headquarters.

"France is making proposals and Germany is not engaging. This is not acceptable," he added. 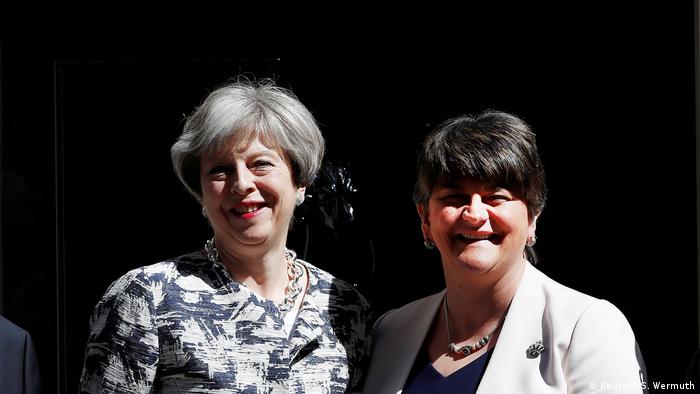 European Council President Donald Tusk said on Wednesday's that the talks "should set the stage for leaders to take decisions next year." He unveiled a two-year program of summits earlier this year aimed at capitalizing on the energy brought by the heavily pro-European Macron to reboot the bloc after Brexit.

But a lot of this energy has been spent on so far fruitless talks over the Northern Ireland border, the UK's so-called divorce settlement with the EU and of course the small matter of elections in Europe's economic and political powerhouse, Germany.

UK Prime Minister Theresa May has only a week to salvage a deal on Northern Ireland's border in order to open a path to trade talks before the end of the year. Few are holding their breath.

May's ruling Conservatives are effectively being held to ransom by their minority coalition party, the euroskeptic Northern Irish party, the Democratic Unionist Party (DUP), over the border deal, a major sticking point before trade issues hit the negotiating table.

"The show is now in London,” as Juncker's chief spokesman put it. Perhaps more aptly, in Londonderry.

Despite the divisions, EU heads of state — excluding Britain — are due to discuss the reform plans at next week's EU summit in Brussels, to be followed with a decision-making summit next June.

There will be "no major decision at the December summit," an EU source told the French news agency AFP. Brexit is almost certain to bury out all other topics, they said. "No one likes the Commission package, but nobody is brave enough to say it," the source added.

"I can tell you in advance, we will have a new government in Germany before there is a consensus between member states on these reforms," said Germany's caretaker Finance Minister Peter Altmaier, a close ally of Merkel. 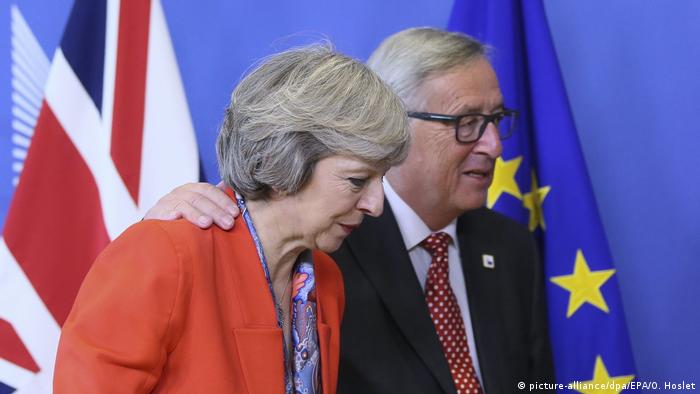 Not over til the fat lady sings

"Both the EU and the eurozone seem destined to muddle on, as long as Germany lacks a strong government, which seems inevitable, the UK doesn't have a clear plan for Brexit, and the Italian elections have played out,” Cas Mudde, associate professor in the School of Public and International Affairs at the University of Georgia in the US, told DW.

"Even if Macron and Merkel would come together on a more ambitious agenda, they would have a hard time convincing natural allies, like Austria and the Netherlands, whose leaders have invested in a more nationalist agenda. Hence, I think they will muddle through in the implicit two-speed path in the idle hope that the economic situation improves and that this will make the incompetent and resistant countries less problematic,” Mudde said.

"While the proposed European Monetary Fund is a welcome addition to the EU’s institutional armory, everyone knows there needs to be much more fiscal, banking and budgetary integration if the eurozone is going to be stable in the long term," Will Hutton, political economist and Principal of Hertford College Oxford, told DW.

"But given German politics this may be impossible: maybe it will only be the next crisis that forces the issue," he added.

"The question will be whether there is sufficient support from countries and citizens for such a move, which will become more apparent at the EU Summit later this month," Linda Yueh, an Adjunct Professor of Economics at London Business School, told DW.

French President Emmanuel Macron took Germany's Angela Merkel to the Burgundy town of Beaune as part of her farewell visit. He presented her with France's highest award, the Grand Cross of the Legion of Honor.

German Chancellor Merkel has met with French President Macron in what could be her final working visit to France. Some analysts say their cooperation should have produced more results.