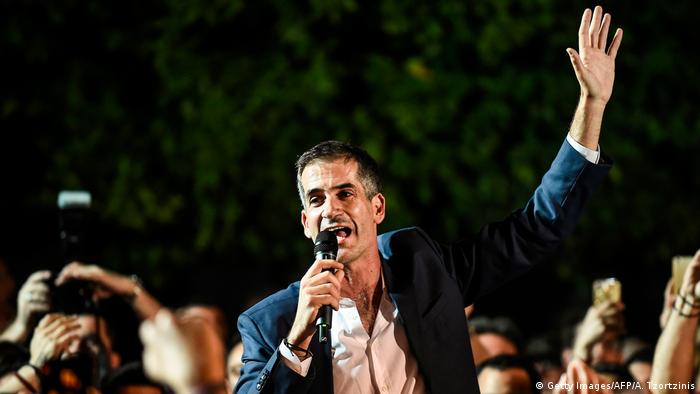 In Athens, Kostas Bakoyannis, son of former conservative mayor Dora Bakoyannis and nephew of opposition leader Kyriakos Mitsotakis, won with a 65% share of the vote to defeat a candidate backed by the ruling left-wing Syriza.

Prime Minister Alex Tsipras' party picked up less than a quarter of the vote last week, a result that led him to call for snap elections on July 7, three months earlier than scheduled, and crushed his dream of becoming the first Greek prime minister in three decades to see out a full term in office.

New Democracy won five of Greece's 13 regional district governorships in last week's first round of local voting — which ran alongside the European Parliament ballot — while the left took just one.

"We are calling on citizens to choose progressive mayoral and district candidates today ... against the representatives of conservatism," Tsipras said after casting his ballot in central Athens on Sunday.

"Four years on, he has turned into a master of the mainstream, mutating and maturing into a lord of realism. So much so that many European leaders, including Angela Merkel, who once threatened to oust him from the eurozone, now praise him as a trusted and credible ally. They've even nominated him for a Nobel Prize for helping to turn Greece into a pillar of stability."

Greek lawmakers have officially endorsed a diplomatic offensive to have Germany pay reparations over the WWII occupation of Greece. Athens is due to raise the issue with Berlin, where the matter is seen as long settled. (18.04.2019)