Greek lawmakers have officially endorsed a diplomatic offensive to have Germany pay reparations over the WWII occupation of Greece. Athens is due to raise the issue with Berlin, where the matter is seen as long settled. 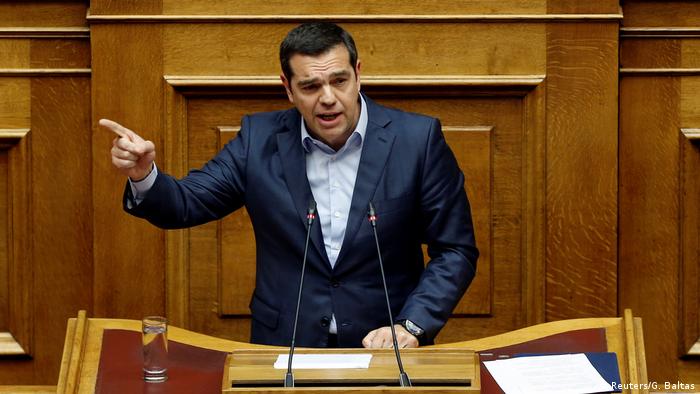 A large majority of Greek lawmakers supported giving a mandate to Prime Minister Alexis Tsipras to seek reparations from Germany. The Wednesday vote marks the first official parliamentary decision on the Tsipras 2015 campaign pledge to raise the emotionally charged issue.

The government can now take "every appropriate legal and diplomatic action to satisfy Greece's demands."

Athens will now send a "verbal note" to Germany which "will allow the opening of a dialogue on this question," Tsipras said.

Demanding reparations is "a historic and moral duty and a duty in memory of the heroes of the past... above all at a time when the extreme right, nationalism and racism threaten Europe."

During the 12-hour discussion on Wednesday, the government did not say how much money it intended to ask from Berlin. A 2016 parliamentary committee found that Germany should pay over €300 billion ($338.79 billion) for its wartime atrocities on Greek soil, including deaths of 300,000 Greeks and a forced loan that Adolf Hitler's war machine extorted from the Bank of Greece in 1942. The so-called "occupation loan," worth over 30 billion in present-day euros, helped to finance Germany's war in North Africa.

Raising the wartime issues with Berlin is sure to raise tensions between the two countries. The vote follows a prolonged economic crisis in Greece. Many Greeks believe the crisis was made longer and more damaging by the drastic austerity program imposed from its foreign partners. Angela Merkel's government is often blamed for drastic cuts Athens was forced to make.

Addressing the lawmakers, Tsipras underlined that the issues of austerity and wartime reparations should be kept separate.

"We could never put the absolute evil of Nazism... on a scale," he said. "No slaughter, no monstrosity, not even one drop of blood could be balanced against any bailout."

He said the time has come to open the issue only after Greece exited the bailout programs last month.

"We now have the chance to close this chapter," he said.

Germany's official position is that all reparation issues were settled decades ago. In 1960, Greece signed off on a deal in which West Germany agreed to pay 115 million deutschmarks as compensation.

"We are, and I hope you can believe us, aware of our historic responsibility," he added.

However, he also said that the issue of reparations had been "conclusively settled, both legally and politically."