The left-wing prime minister said his government would reward the Greek people for their "sacrifices." The move comes as his Syriza party lags in the polls behind the main opposition party. 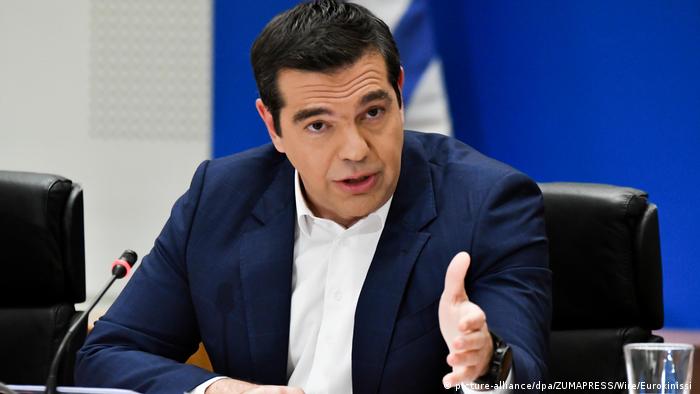 "The time has come for the sacrifices of the Greek people to be rewarded," he said. "The money is on the table."

At a hastily organized press conference, the prime minister said his government would:

The tax cuts were possible because of government savings and better-than-expected economic performance, Tsipras said.

"What we are doing today is an example for Europe ... less austerity and more growth without violating our agreements," he said.

Tsipras' government increased the food tax in 2015 and 2016 to avoid breaking the conditions of an EU-backed bailout package.

The country exited that bailout in August, but it still owes billions of euros to the IMF and its European creditors. Greek national debt equals about 180% of its gross domestic product (GDP).

Tuesday's announcement comes ahead of elections to the European Parliament on May 26 and national elections by October at the latest. Polls show the main opposition party, the conservative New Democracy, in a steady lead over Tsipras' Syriza party.