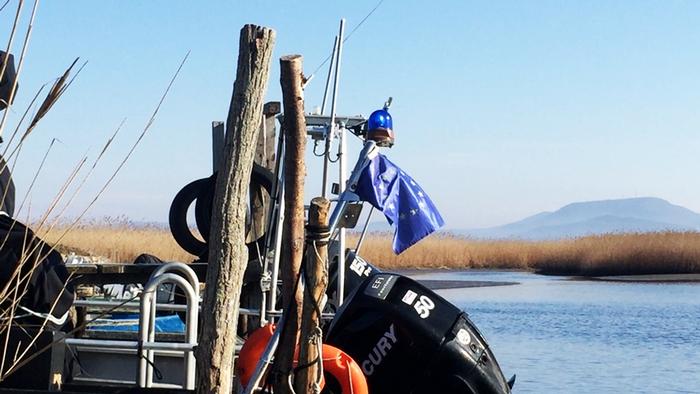 Thanasis Kamilaris is a fisherman, and he knows his way around the Evros Delta. It is here that the river separating Greece and Turkey flows into the North Aegean Sea. The delta itself, with a surface of some 200 square kilometers (77 square miles), is also an important habitat for local flora and fauna.

The border region's network of canals, tributaries and lagoons, however, are difficult to control. That is why the Greek Ministry of National Defense has turned to local fishermen for help — deputizing them as "virtual" national guard members, and equipping them to engage in border patrol activities.

But Kamilaris and his colleagues say the situation has become too dangerous for them to handle.

Conflicts between Turkish border patrol agents and Greek fisherman have become a regular occurrence of late. "They even threaten us on Greek territory," said Kamilaris. "I was on the river and was ready to cast my nets when I was approached by Turkish soldiers from the other shore. They fixed weapons on me immediately and said, 'This is Turkey.' But I was at least 100 meters from the border." 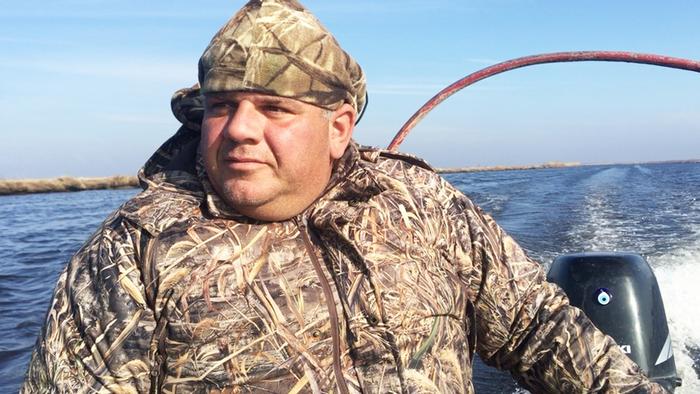 For Kamilaris and his colleagues, conflicts with Turkish border police are a regular occurrence

Vasilis Vitsas said another colleague was arrested and Turkish troops impounded his boat. He said: "It's a business for the Turks. You have to pay €5,000 ($5,600) to get out of jail, otherwise you are stuck there for six months. One of our colleagues had to pay another €4,000 in legal fees to get his boat back." He said no one ever talks about these cases, not even the media.

"It all started on the day of the failed coup in Turkey," recalled Kamilaris. He said there were no problems before that. "Everything was fine — the Turks came here to fish, we came here to fish. We even chatted with one another. We don't have any problem with the people over there, even the soldiers used to greet us." Nevertheless, domestic tensions in Turkey have intensified the standoff along the Evros Delta border.

'We are the army's eyes and ears'

The fishermen feel as if the Greek government has abandoned them: "If it weren't for us, this would all be Turkish," said Vasilis Vitsas. He added that the only time Turkish soldiers leave him and his colleagues alone is when they are accompanied by Greek police and soldiers.

But Kamilaris said that's not enough: "We fishermen are the eyes and ears of the military and the police. We are doing all we can to keep this part of the river Greek." Now the fishermen are looking to Athens for support. 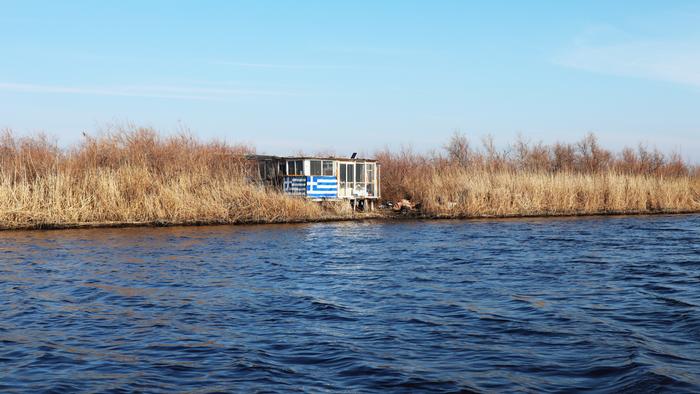 The Evros Delta's network of canals, tributaries and lagoons makes it difficult to control

Prime Minister Kyriakos Mitsotakis won early Greek elections last July on the promise, among other things, of increasing security in the country. Part of his government's plan was to stem refugee arrivals along Greece's shared border with Turkey.

Since December, Greek police and soldiers have been attempting to stop refugee arrivals, which Athens claims have been on the rise for months, by "sealing" the border. Now, another 400 border patrol agents are to be deployed to the area.

Mitsotakis claims the military reaction is a direct result of the refugee issue. But refugees have been crossing the border here since the early 1990s, and according to fishermen in the area, the number of border crossings in the Evros Delta has been on the wane of late.

Frosty relations between Athens and Ankara

The increased border presence comes at a time when relations between Athens and Ankara are at a nadir. Fights over access to natural gas deposits, as well as Turkey's unilateral activities in Libya, have only made matters worse. This has led to a number of tense moments along the Greek-Turkish border, where Turkish warplanes regularly invade Greek airspace.

On July 15, 2016, the night of the failed Turkish coup, eight Turkish military officers fled to Greece and asked for asylum. Turkish President Recep Tayyip Erdogan demanded the Greek government extradite the men. But the Areios Pagos, Greece's supreme court, refused to comply, arguing the men could not be guaranteed a fair trial in Turkey. 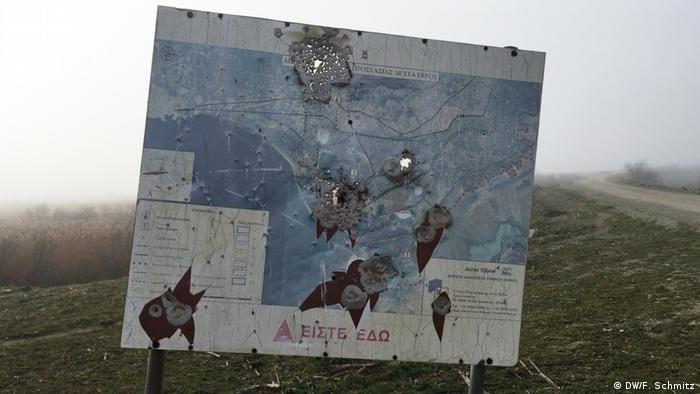 Another dramatic escalation came in February 2018, when two Greek soldiers were arrested by Turkish forces near the border at Kastanies. The men were apprehended while on patrol after inadvertently entering Turkey at an unmarked place along the border. The men were charged with espionage and jailed for more than five months. At the time, Turkey made clear it would be open to a prisoner swap, giving up the Greek soldiers in exchange for the Turkish military officers.

Meanwhile, many in Greece are worried the situation could escalate further still, perhaps resulting in a military confrontation. Sotiris Serbos, a professor of international relations at the University of Thrace, sad the situation hinges on President Erdogan.

"If Ankara believes an escalation to be advantageous, it will come. Erdogan's self-confidence has only grown since Turkey began its Syria offensive." Serbos said Erdogan will continue to play his geopolitical hand until trans-Atlantic politicians reach consensus on how to deal with him. He said Europeans must finally realize, "There are a lot of problems and fissures within Turkish society, but nationalism tends to unite the country and the military."

Serbos also believes tensions between Athens and Ankara are a direct result of European policy indecision brought about by the fact that EU leaders fail to speak with one voice: "We need a Europe that thinks geopolitically. And Turkey must be integrated into that process. Solutions based on mutual respect and representing a win for both sides must be found. Greece could play a key role in that process, opening a new chapter in EU-Turkish relations."

Nevertheless, internal EU conflicts based on national interests have made a unified policy on Turkey impossible. "Erdogan would prefer a bilateral solution," said Serbos, "but Europe should set the agenda, not Turkey."