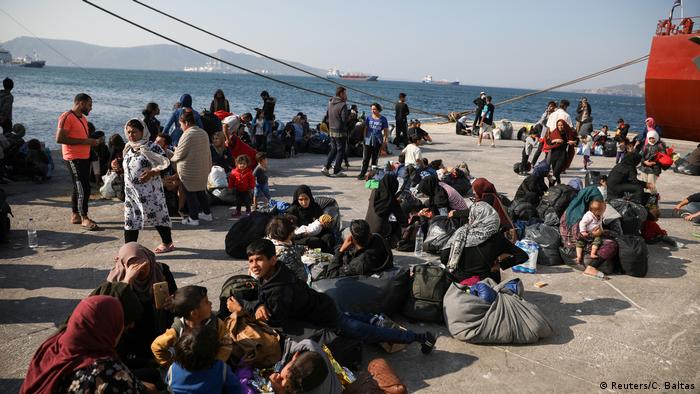 The number of migrants and refugees crossing from Turkey to Europe rose sharply in comparison with last year, according to a confidential EU report published by German media.

From January to mid-December, 70,002 migrants reached the European Union from Turkey, representing a jump of 46% compared with the same period in 2018, Die Welt reported on Tuesday.

Around 68,000 of these migrants crossed the Aegean Sea to Greece, where they are living in overcrowded migrant camps. Smaller numbers reached Bulgaria, Italy and Cyprus.

In a new development, most migrants came from Afghanistan. Their share is now 30%, while the proportion of asylum applications from Syria is only 14%, followed by Pakistanis (9.5%), Iraqis (8.0%) and citizens of Turkey (5%).

What is the situation on the ground?

The arrivals in Greece have put extreme pressure on overcrowded refugee camps on the Aegean islands. There is a lack of food, clothing and medicine. The Greek government is transferring more and more asylum seekers onto the mainland.

According to the EU-Turkey migrant deal, this is only granted if those concerned are especially "vulnerable" because they are unaccompanied children or they are sick or pregnant.

What does this mean for the EU-Turkey deal?

The development raises questions about the extent to which Turkey is complying with the 2016 refugee agreement with the European Union, Die Welt reported.

Under the deal, Turkey is obliged to take back asylum-seekers who passed through its territory and to prevent them from crossing to Europe. In exchange, Turkey receives a total of €6 billion ($6.7 billion) in funding to help with the Syrian refugee crisis. Ankara has repeatedly complained that the EU is not living up to its obligations and demanded more funds.

"It has been reported that in some situations Turkish patrol boats have not intervened and even pushed refugee boats into Greek waters after being notified by the Greek coast guard," the confidential EU report states.

What happens to the migrants?

A core element of the deal is that migrants stay on the islands so that they have no chance to travel onwards to other EU member states.

From the beginning of this year to mid-December, 34,000 migrants were brought to the Greek mainland. According to the EU report, some stay in Greece, but many try to reach the Albanian border and from there travel on with the help of smugglers, through the Balkans to Austria and Germany.

Migrants housed in Greece's island camps are living "in utter chaos and without any dignity," Doctors Without Borders says. The charity described one camp on Chios where 300 people are forced to share a single toilet. (22.11.2019)

The Greek government wants to start returning thousands of migrants to Turkey following a deadly fire that broke out at an overcrowded camp. Officials called for action to ease pressure on overcrowded migrant camps. (01.10.2019)