Athens has announced tougher action against migrants and refugees. New deportation camps are to be set up, while asylum applications are to be processed more quickly. But some doubt the efficacy of the planned measures. 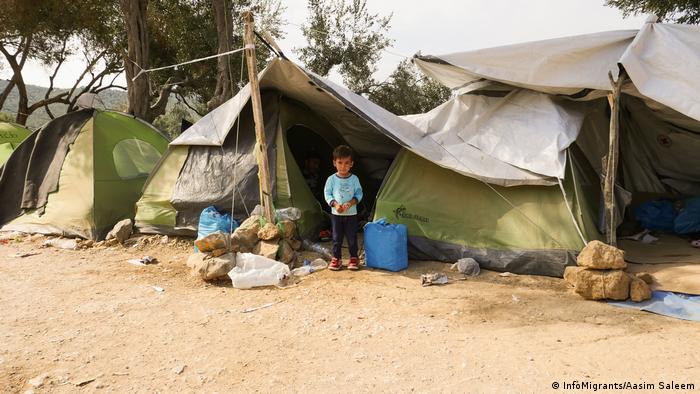 After the Greek government announced plans to shut down hopelessly overcrowded registration camps for refugees in the eastern Aegean and to build new, closed holding centers for several thousand people instead, the mayor of the island of Samos openly threatened consequences. Giorgos Stantzos, who initially had supported the new conservative government's stringent course, warned that the entire city council would resign if the government went ahead with the plans.

Why the change of heart? The administration on Samos agreed on the whole with the government's proposal to set up closed camps, deputy mayor Giorgos Dionysiou told DW, but said it opposed "the fact that we will continue to have to accommodate 5,000 new arrivals; it is time to give our island some relief."

Not far from city hall, refugees and migrants at the Vathy registration center live under deplorable conditions. The former barracks were originally meant to house about 700 people; now, there are more than 5,000, most of them from Afghanistan, Iraq or sub-Saharan Africa.

The camp is bursting at the seams. Entire families live in emergency tents and have hardly any access to sanitary facilities. During the day, the new arrivals hang around in the shopping streets of the island's capital. They refer to the center as a second Moria, in reference to the infamous camp on the neighboring island of Lesbos.

Dionysiou argues that it would be better if the new arrivals didn't roam the island but were under supervision in closed camps, "Otherwise, the safety of our citizens and ultimately of the newcomers, too, is at risk," he says. 'Security' as an election pledge

"People should feel safe again," the new conservative government has said time and again. The sentiment scored Prime Minister Mitsotakis points even in the election campaign. His good news is that overcrowded camps like Moria on Lesbos or Vathy on Samos are to shut down. Instead, new, closed camps are to be built on the islands of the eastern Aegean. According to Greek media reports, there are also plans to build several such camps on the mainland. The new government has also pledged to make sure asylum applications are processed more quickly. Unlike current practice, refugees in future are not to stay in open camps for years while their asylum applications are being decided. Rejected asylum-seekers would be sent to closed "pre-departure" centers and returned to neighboring Turkey.

Details have not been revealed. Representatives of Amnesty International and the UNHCR are wary, and Greek politicians are also taking a hard look at the plans. Closed camps would not solve problems, but create new ones, says Kostas Arvanitis, an MEP for the opposition leftist Syriza party. "Not far from my holiday home in Lavrion near Athens, there is a camp for 290 refugees," Arvanitis told DW. "The people go to the market every day; their children go to school; there are no problems."

Arvanitis admits that the overcrowded Moria camp is a dire situation. But the new government's approach shows only that the conservatives don't have a concept for overcoming the refugee crisis, he says. The number of new arrivals has not declined since the change of government in Athens; it has even risen, the left-wing politician complains. 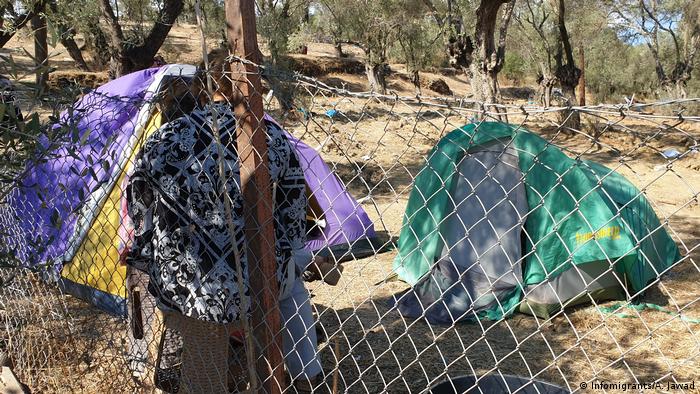 Eliza Vozenberg, a conservative politician in the European Parliament, disagrees. "The increase in new arrivals has nothing to do with the new government, but with the fact that Turkish President Recep Tayyip Erdogan is allowing refugees and migrants to go on their way toward Europe," the lawyer told DW.

The previous left-wing government in Athens was also partly responsible for the current situation because it pursued an open-door policy, Vozenberg added. But now it was time to make the security of citizens in Greece a priority, she said, in particular as the number of refugees is continuing to rise. "Last week we registered 400 new arrivals per day in the eastern Aegean. Where is this going to end?" she asked.

Survey results seem to show public support for a stricter refugee policy. According to a recent poll conducted by the Athens weekly To Vima, 33% of respondents believed refugee and migration policies were currently "the No. 1 problem in Greece." Only 28% saw the country's economic situation as the most important problem and just 14% were concerned about the continuing high level of unemployment.