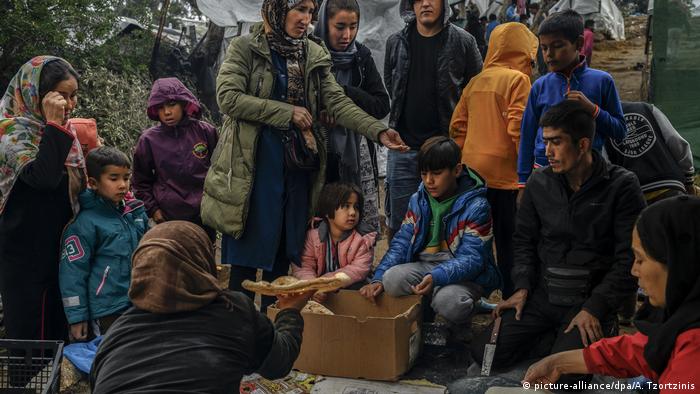 Mytilini is normally just a small, sleepy town, but today it's thronged with people. The town center is a sea of white and blue — the colors of the Greek national flag. More than 9,000 people have followed a summons by the local governor, Konstantinos Moutzouris, and have come from all over Lesbos to Mytilini to protest against the Greek government's migration policy. It's the biggest protest in the island's history. The road around the little harbor is packed with people of all ages. They're joining forces to make their voices heard and do something about the situation on their Aegean island, which for them has become unbearable. 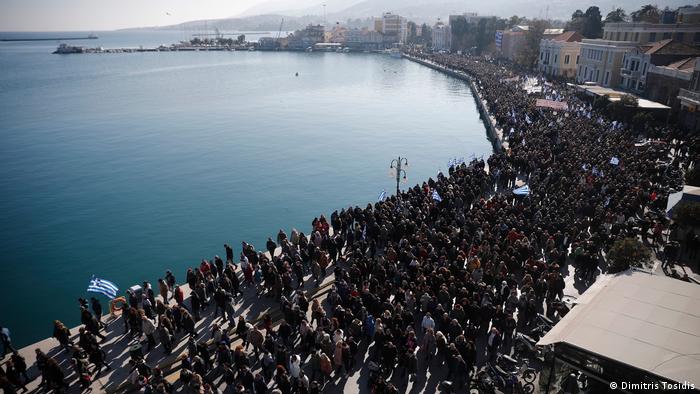 The protest in Mytilini drew thousands of people

Athens wants to lock up refugees

The governor addresses the crowd from the town hall steps. "We want our island back," he shouts into the microphone. "We want the life back that we had before." The crowd cheers.

More than four years after the start of the refugee crisis, the situation on Lesbos has barely improved. Back in 2015, there were days when thousands of refugees landed on the beaches in the north of the island, where the Turkish coastline is just 10 kilometers away. At first, the new arrivals were allowed immediately to travel on. However, since 2016, when the EU and Turkey reached an agreement on dealing with the refugees, they have not been allowed to leave the island until their status has been decided. Those who aren't deported and are granted asylum are allowed to go to the mainland.

Ankara is receiving money from the EU to prevent more people fleeing. The plan, however, has many flaws, and the refugees are continually instrumentalized as a means of exerting political pressure.

Now, though, the islanders' protests are being listened to in the Greek capital. Notis Mitarakis, the minister for immigration and asylum, announced on television that the Moria camp on Lesbos would be shut down by the summer, along with four other camps on the islands of Chios, Samos, Leros and Kos. He said the refugees would then be accommodated in closed centers, where they would have to remain until a decision was made about their asylum application. The authorities will have to tackle the backlog of applications. 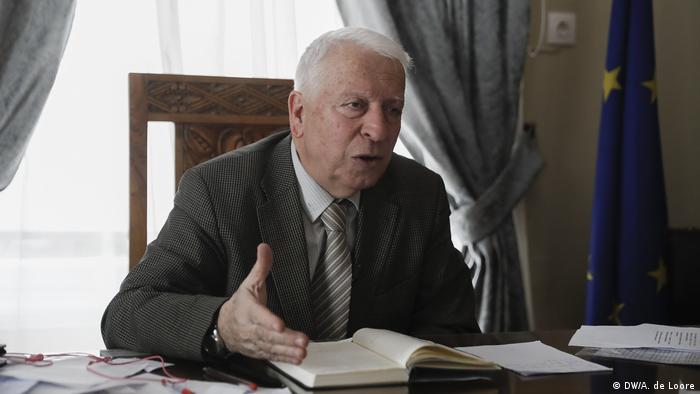 Moutzouris is doubtful that the situation will improve any time soon

Anyone who wants to see this calamity for themselves doesn't have far to go. The infamous Moria camp, site of what is probably the biggest humanitarian crisis in Europe, is just a 15-minute drive away. More than 20,000 people are now living here. The so-called "jungle," the newest part of the camp, sprang up just a few weeks ago and is growing like wildfire. On the day we visit, the sky is overcast and an icy north wind is whistling among the densely packed, self-constructed huts. Life here now, in winter, is particularly hard. A dried-up riverbed separates this part of the camp from the official one. It's full of garbage, and it stinks.

The people who arrive here generally have no idea of what awaits them. Thirty-five-year-old Farhad from Afghanistan, for example. He was a policeman who fled his country for fear of the Taliban, making his way to Europe with his wife and five children. Now they are here, in a tiny, dark hut without windows or electricity. His two daughters sit silently in a corner of the room, huddled under a blanket, their little brother asleep at their feet.

Farhad's wife, Rahima, explains that the boy is sick. The hot ashes from the fire outside have been transferred to a skillet and are now glowing beneath the blanket. They provide some warmth, but they also fill the hut with acrid smoke. The family are struggling with the living conditions here and, above all, with the uncertainty. Like almost everyone in the camp, Farhad and Rahima have no idea what to do next, or will happen to them. 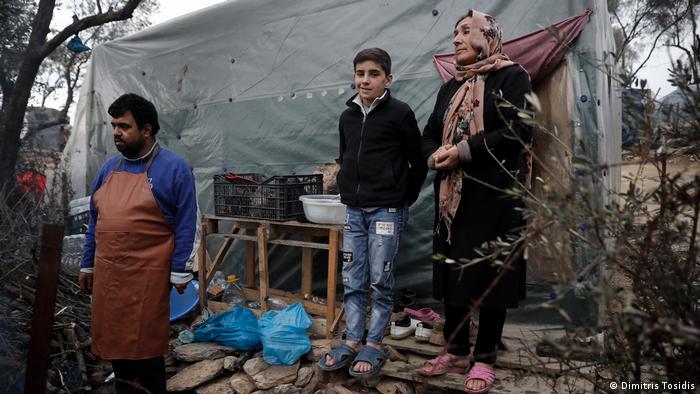 Farhad and Rahima fled to Europe with their five children

The village of Moria, home to almost 1,000 people, is directly opposite the camp. Life here is generally peaceful. It has a couple of shops that sell the essentials: vegetables, loose rice, nuts, toothbrushes. The cafes on the main street are frequented by old men smoking and drinking coffee; sometimes they chat, sometimes they just sit quietly. They say that since the Greek government started sending more and more people to Moria, the villagers feel increasingly under threat.

People like Christina. She's not sure at first whether she wants to comment on the situation in the village. The young woman is afraid of being labeled right-wing. Christina runs the village hairdresser's, a little salon with three chairs and red-painted walls. After some hesitation, she starts talking, speaking fast and to the point. Her voice is gentle, but what she describes is not. The salon has been broken into twice, she tells us. "We don't feel safe here. No one is protecting us. When I leave my salon, I'm afraid," she says.

Christina has two daughters. She says she has sympathy for families in the camp, but life here just isn't worth living for her family any more. "If this carries on for years, we can't stay here. We'll have to leave the village in order to live our lives. But why am I the one who has to go? That's just not fair." 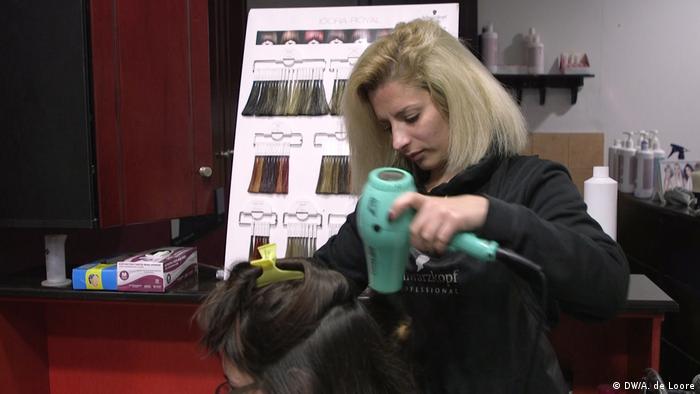 No support in sight

There are around 50,000 refugees living in camps on the northern Aegean islands, which include Lesbos, Samos, and Chios. Governor Moutzouris says the ratio of refugees to locals on Lesbos is now one to three. There's always been migration here, he explains, but now there are far too many people all at once, and the island is overburdened. "We want the government to take the problem seriously," says Moutzouris. "We want the rest of Greece to understand that there's something wrong here."

The government has now said it intends to take action. In the meantime, though, the likelihood is that the coming spring will see an increase in new arrivals, as happens every year, and this will aggravate the situation, both for the refugees and for the islanders.