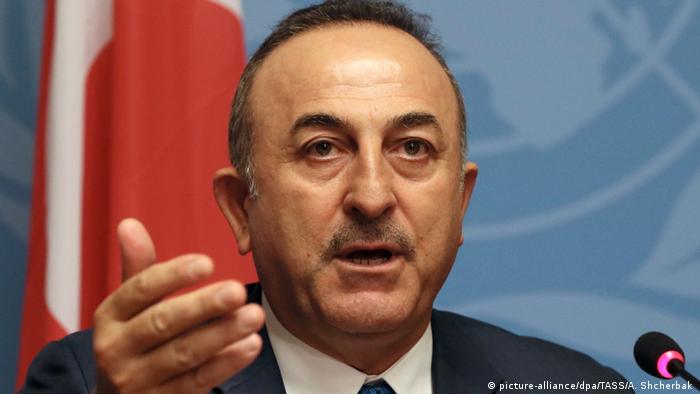 Turkish Foreign Minister Mevlut Cavusoglu on Wednesday accused the European Union of failing to honor a refugee deal, strongly criticizing the bloc for failing to pay Turkey the amount it promised.

Read more: Turkey sets its sights on the Horn of Africa

"Now it is 2020 and we still have not received the first €3 billion in its entirety," Cavusoglu said.

Under the deal, agreed to in 2016, the number of Syrian refugees arriving in the EU via Turkey has been reduced.

Turkey: Deportation into the unknown

'We are sticking to the deal'

In addition to the financial shortcomings, Cavusoglu has also accused the EU of not respecting other parts of the refugee deal as agreed. The 2016 agreement called for Ankara to stop the flow of migrants headed to the EU and accept the return of people who traveled to the EU via Turkey if their applications for asylum were denied in Europe. In exchange, the EU promised billions of euros of aid to Turkey, to reexamine membership talks for Turkey's place in the bloc as well as the possibility of visa-free travel for Turks visiting the EU.

"We are sticking to the deal and we take all refugees back, who are sent back to us. What about the EU?" he asked. "There has been no expansion to the customs union, and no further discussions about our membership of the EU."

Earlier this week, the EU cut pre-accession aid to Turkey by 75%, according to reports in the German media. The EU has denied this claim.

Despite the stark nature of his criticism, Turkey's top diplomat also confirmed that he supported continuing the migration pact.

Merkel will meet with Turkish President Recep Tayyip Erdogan in Ankara on Friday.