GMF digital session: The power of influencers — and what they mean for democracy | News and current affairs from Germany and around the world | DW | 22.09.2020 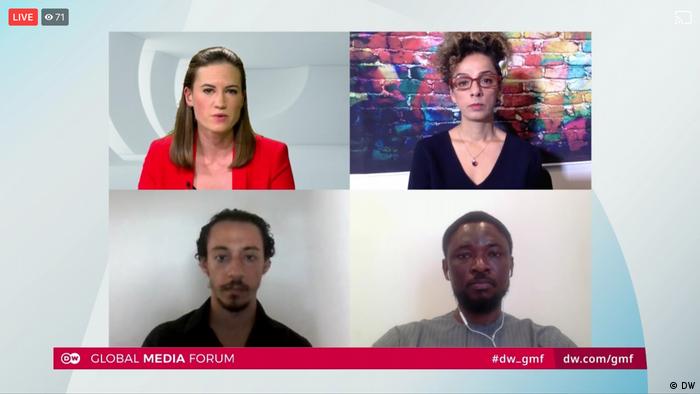 Whether they are promoting brands or supporting democracy activists, influencers have immense power, the GMF digital panelists agreed.

It used to be traditional media organization that influenced public debate with their coverage – but increasingly, opinions are being shaped elsewhere, namely on social media platforms. Influencers have long entered the arena of political and social debates – and are here to stay.

Two individuals whose every word on Instagram, Facebook, TikTok or Twitter creates ripples across the globe are the exiled Iranian women's rights campaigner Masih Alinejad and Nigerian JJ Omojuwa, the head of The AlphaReach, a digital media communications company.

This week, they joined the sixth GMF digital session along with Hussein Baoumi, an Amnesty International researcher for Egypt and Libya, to discuss how social media platforms achieve what traditional media can no longer, highlighting the repercussions and responsibilities of being an influencer in 2020.

The session was hosted by DW’s Rachel Stewart.

People who create and share content online, often attracting followings larger than the populations of some countries, have come to have huge power, and not only over their captive audiences; they also have the power to scare restrictive governments, to give a voice to the voiceless, to empower and to liberate.

But they also have the power to spread fake news, and to promote messages of hate and exclusion.

Masih Alinejad, a former journalist in Iran, was forced to flee her country because her reporting was critical of the government. But her physical exile did nothing to stop her. Running her social media accounts from outside Iran "as a weapon" against the regime freed her from government pressure and censorship. "They kicked me out of Iran, but I am there every day through social media," said Alinejad during the lively discussion. 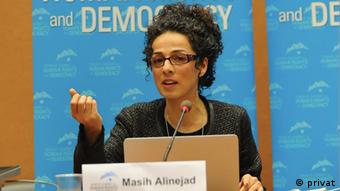 Based mainly in the US, the activist says she offers an "umbrella of safety" to others in Iran, such as women campaigning against the mandatory wearing of headscarves.

She does this for example by uploading and posting their videos from her own Instagram account, providing a larger audience to women fighting for their human rights in Iran.

The Iranian regime, however, does not take Alinejad’s provocations lightly; her activities have made her the target of bullying and even death threats. But she maintains that her online movement – and its supporters – are safe: "The government can shut down the mainstream media, they can arrest the individual. But they cannot go after every person and arrest them. They cannot arrest the hashtag." 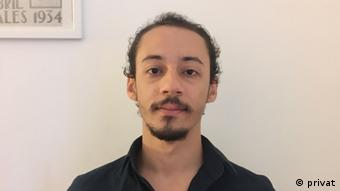 As is the case in Iran, Egyptian authorities are also using what means they can to counter major influencers active in the country, introducing laws that enable authorities to prosecute people over Tweets that are seen to be critical against the government.

They have even been known to censor content condemning sexual violence and rape in a bid to emphasize and perpetuate traditional gender roles, according to Hussein Baoumi from Amnesty International.

Social media platforms are, however, also being used by extremist groups to promote messages of hate and social exclusion. Several groups in Egypt have also used digital media and have even co-opted influencers to target women and LGBTI people. This has resulted even in conservative clerics using social networks to garner support, focusing on populist messages in support of draconian governments. 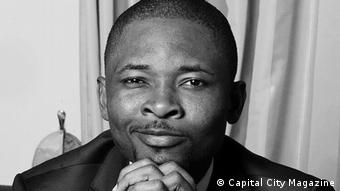 JJ Omojuwa has hundreds of thousands of followers, giving him a similar status - and responsibility - as a traditional media platform

Meanwhile in Africa, there has been a steady growth of influencers in support of pluralism set against the backdrop of governments controlling the majority of the traditional media space for decades.

"We have seen young people actually being heard by their governments for the first time, by virtue of having access to social media platforms," said Omojuwa. His own power as an influencer has reached such proportions that he sees himself as equivalent to a traditional news platform, employing the same professional quality standards.

As an influencer, having "a strong voice" also means taking responsibility, added Omojuwa. The power in promoting democracy lies in "seeking out people with less influence and amplifying their voices," he said. "You have to learn when to take a back seat and let other people speak."

GMF talk: The age of the influencer - or not? A cheerful chat with Nas Daily

The influence of social media in art