Iran′s millionaire mullahs, the military, and the fight for foreign currency | Middle East | News and analysis of events in the Arab world | DW | 08.01.2020 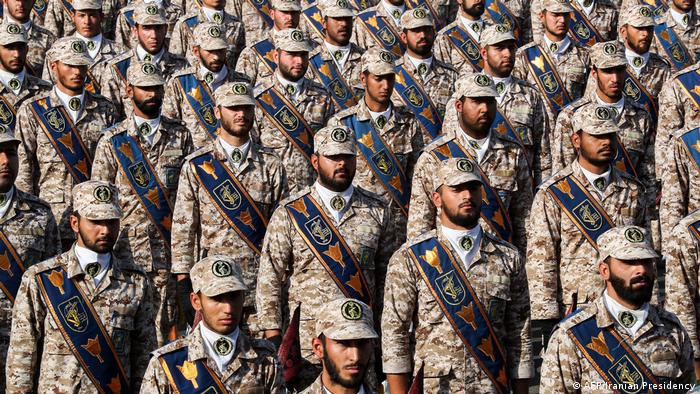 The Islamic Revolutionary Guard Corps (IRGC), which along with the regular military (Artesh) comprises the armed forces of Iran, is an economic heavyweight in the country. Most experts agree that it controls at least a third of the Iran's economy through a variety of business subsidiaries and religious foundations.

The United States earlier this year moved to designate the IRGC as a terrorist organization. When US President Donald Trump ordered the assassination of General Qassem Soleimani on January 3, he claimed it was a defensive act. Soleimani was the revered leader of an elite unit within the IRGC, the Quds Force.

Behzad Nabavi, an Iranian reformist politician and former deputy speaker of parliament, estimates that 60 percent of the state's assets are owned by only four organizations:

- The Khatam-al Anbiya ("Seal of the Prophets") Construction Headquarters, an IRGC-controlled group of companies widely considered to be the economic branch of the organization;

- Setad Ejraiye Farman-e Hazrat-e Emam ("The Execution of Imam Khomeini's Order"), also known simply as Setad, which includes a range of holdings, such as finance, oil and telecommunications companies;

- Bonyade Mostazafin ("Foundation of the Oppressed"), which was founded following the Islamic Revolution on the basis of property confiscated from functionaries of the Shah regime;

- and Astan Quds Razavi ("The Holy Shrine of Imam Reza"), which owns more than fifty companies and factories. 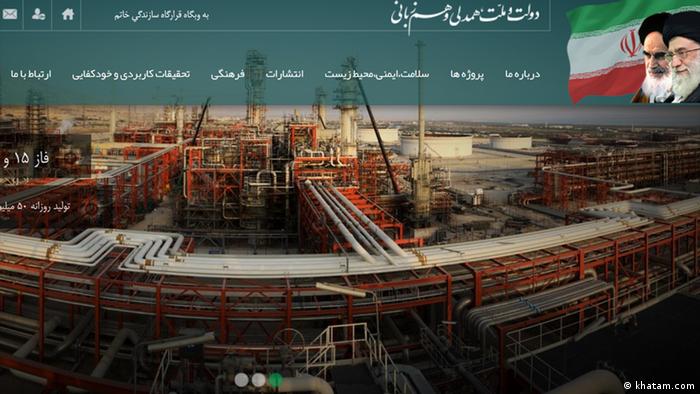 However, in response to those claims the Revolutionary Guard filed a formal complaint in court last autumn, saying that the four organizations' stake in state assets is less than 2 percent, online magazine Iran Journal reported.

Although the Iranian government has pushed to privatize parts of the economy in recent years, the divide between sectors — private, state-owned, military and religious — is murky.

"In strictly legal terms, most banks are privately held stock corporations," says Michael Tockuss, managing director of the German-Iranian Chamber of Commerce based in Hamburg. "But frequently the shares are held by investment companies of state-owned enterprises." It is not all that uncommon to see "three retired generals" at the helm of privately held companies, he says, especially since military officials usually retire in their early 50s.

Hotbed for corruption and nepotism

Such intertwinement is fertile ground for corruption and nepotism, as Iranian President Hassan Rouhani has repeatedly pointed out in public speeches. In November he urged the judiciary to prosecute cases involving billions of dollars. "Where are the big sharks? Why aren't they being pursued?" he asked, according to an article in Iran-Report, a monthly publication written by Bahman Nirumand, who lives in Germany and is a regular contributor to the Heinrich Böll Foundation, a political organization affiliated with Germany's Green Party. 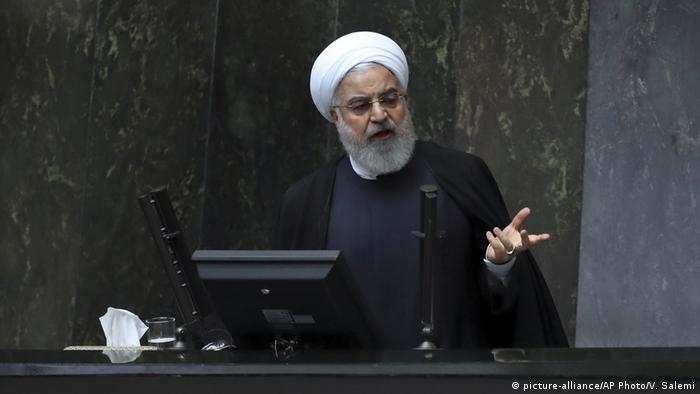 President Rouhani has spoken out against corruption and nepotism in Iran

The strong influence of generals and mullahs only subsides somewhat in times of relative peace. In 2017, for instance, when the West lifted sanctions after striking a successful nuclear agreement with Iran, the government awarded two major contracts to French and South Korean companies. Usually, the IRGC-owned conglomerate Khatam-al Anbiya has a tight grip on government-issued contracts, even in cases up for public tender.

But since then, the pendulum has swung back in the other direction, says Tockuss. "The entire shadow economy has grown considerably in the wake of reinstated US sanctions," he says. "So no one can say for sure how much oil Iran is currently exporting." Besides official oil export figures, there are "a lot of grey market deliveries" sold via neighboring countries, and oil tankers "sailing the world's seas without transponders and delivering their oil who knows where," Tockuss says. "Times of sanctions are not a time for transparency and economic progress."

The only thing that is certain is that oil exports – the country's most important source of foreign currency – have dropped sharply since the US reintroduced sanctions. Even President Rouhani is no longer able to deny that. In a speech on November 12, he said Iran was in a state of emergency. "How are we supposed to manage our country if we can't sell our oil? " he asked, according to Iran-Report. "Since the founding of the Islamic Republic we've never had as many problems selling oil or sending out oil tankers as we do today."

Tockuss believes that Rouhani's rare openness is meant to brace Iranians for tougher times ahead. "He wants to prepare people for the fact that government spending will need to be sourced from more taxes and levies than they're accustomed to," he says. 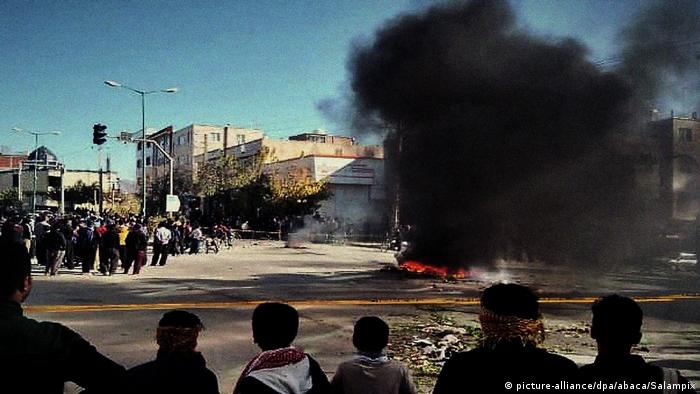 The political risk that entails can be seen in the public protests around higher gas prices last November, which according to Iran-Report were "the most violent protests in 30 years." Discontent is high, and price hikes are a welcome opportunity for conservative forces to show that President Rouhani's reformers do not have the situation under control, writes Nirumand. "It could come to be that Rouhani is forced to resign and the Revolutionary Guard takes power and tries to govern the country with even more violence and censorship."

One thing no one should expect, however, is that Iran will back down for economic reasons, says Tockuss. "I warn against anyone underestimating Iranian resilience and their capacity for suffering."