Huge crowds of Iranians have mourned the death of General Qassem Soleimani in a US air strike in Baghdad. But the apparent show of unity is not as clear as it seems, says political scientist Ali Fathollah-Nejad.

DW: Iranian state television speaks of "several million" people in Tehran who are said to have paid their respects to the killed commander-in-chief of the Quds Force, General Qassem Soleimani. Foreign media report hundreds of thousands. Is this level of sympathy normal for a military leader in Iran?

Ali Fathollah-Nejad: When it comes to public demonstrations or gatherings in Iran, one must always bear in mind that such a thing is not possible under normal circumstances. In the past, we have seen the regime react extremely violently in the face of various gatherings, especially with regard to critical protesters. On the other hand, the government employs certain tactics concerning its own rallies which allows them to take on the dimension of the present rallies. For instance, government officials, students and security forces are required to appear at these rallies — otherwise they face penalties. 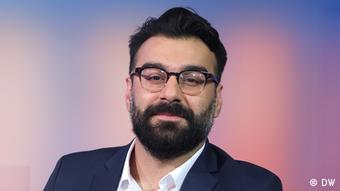 At the funeral services for Qassem Soleimani, a second factor must be taken into account: how this general has been portrayed by state propaganda in recent years, namely as a primarily nationalist leader who was indispensable for ensuring Iran's national security and who successfully fended off the threat from the "Islamic state."

The fact that Iran was already active in Syria two years before the emergence of the "Islamic State" and that Tehran's policies were part of the history of the emergence of the Islamic State in Syria and Iraq was neglected. General Soleimani was actively involved. Portraying a primarily nationalist and patriotic hero in that manner naturally has an impact on people who do not normally support the regime.

Would you say this is state-ordered mourning?

Most certainly. Many Iranians criticize that there was no funeral service after the brutal suppression of the November protests that left several hundred dead. This shows blatant double standards.

Iran grieves the death of Soleimani. How was the news received in other Middle Eastern countries?

Outside of Iran, especially in countries where the Iranian troops under Soleimani's command were active, reaction to the killing of the general is the opposite. Scenes of joy were reported from the streets of Iraq, in Syria and in the Palestinian territories.

Qassem Soleimani was considered the face and architect of Iranian regional policy, someone with blood-stained hands, be it because he  supported the Assad regime in Syria or because he controlled Iraqi militiamen associated with Iran who have been instrumental in the brutal crackdown on Iraqi protests since October 1. These people see the killing of Soleimani as liberation.

Until a few weeks ago, many people in Iran took to the streets to protest precarious living conditions. That seems to have disappeared in this period of seemingly collective mourning. How is that possible?

That is actually related to the fact that the funeral ceremonies are state-organized rallies in which different groups are forced to participate. To encourage everyone to participate, universities are often closed; professors encourage their students to attend.

There are no free protests and rallies in an authoritarian system like Iran. However, the image of the mourning masses should not let people conclude that all Iranians stand firmly behind their leadership. The killing of Soleimani does not change the dire socio-economic situation and the Iranian people's criticism of the regime. In times like these, they simply hold back and do not take to the streets, which is very dangerous anyway but would be even more dangerous now. The Soleimani episode and the very effectively controlled state orgy of rallies drown out many realities in Iran, but they seethe under the surface.

Ali Fathollah-Nejad is a political scientist. Since 2017 he has been a guest researcher at the "Brookings Doha" academic think tank. Prior to that, he was an expert on Iran at the German Council on Foreign Relations (DGAP). Fathollah-Nejad was born in Iran. This interview was translated from German.

In 'mistake,' US military tells Iraq it's preparing to leave

The head of the US-led coalition in Iraq told his counterpart that US forces are preparing to leave. But the Pentagon has denied any plans to leave the country, and a top general said the letter was sent by "mistake." (06.01.2020)