Changes in land use eroding Europe′s biodiversity | Environment | All topics from climate change to conservation | DW | 21.05.2015

Two reports published this week paint a bleak picture for Europe's and Germany's biodiversity: More birds, plants and animals than ever are at risk of being wiped out by humans' ever-expanding reach. 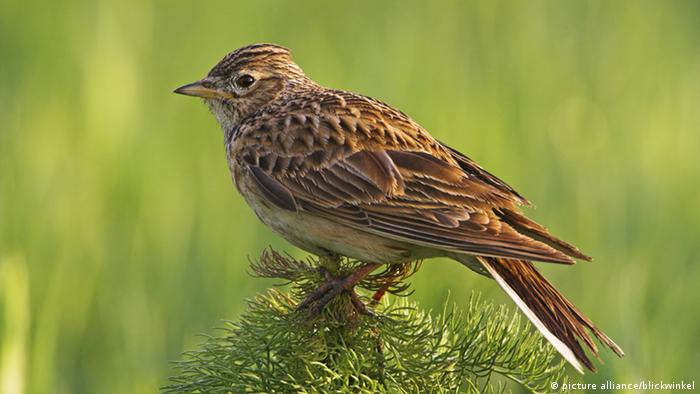 We may have come to think of Europe as a single borderless entity in which the myriad cultures are channeled into a communal identity. And that may, in part, be true - but when it comes to the natural world, Europe is a continent of differences and extremes.

From the highest peaks of Alpine France to the windswept islands of the Hebrides, or the sundrenched beaches of Croatia to the flatlands of Holland, the landscape is an ever-changing canvas. Its beauty as striking as it is varied.

But two reports published this week sit like black clouds on the horizon. According to the Copenhagen-based European Environment Agency (EEA), almost a third of Europe's bird species are either threatened or in decline.

The document, entitled State of Nature in the EU, is based on findings between 2007 and 2012 and is the most extensive European biodiversity stock-take to date.

Among the birds it listed as at risk as a result of habitat transformation are the once-common skylark, and the black-tailed godwit.

Around 50 percent of European bird species were defined as being "secure," meaning they face no immediate threat of being wiped out. Some of these, such as the bearded vulture and the white-headed duck even, managed to increase their populations over recent years. Both of these species, it is worth noting, have enjoyed protection under EU Species Action Plans. 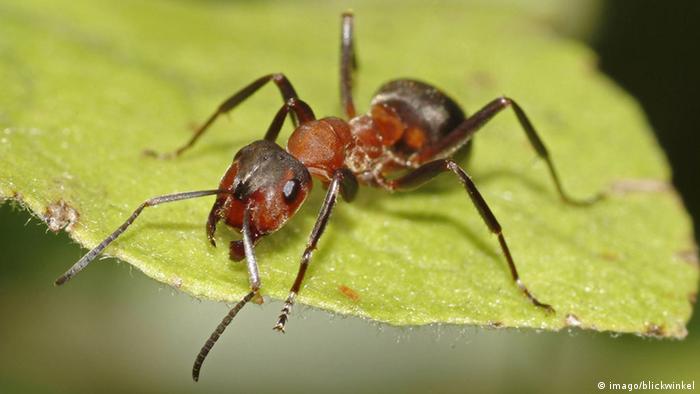 EEA Executive Director Hans Bruyninckx described the results as "mixed but clear." When implemented well, he said conservation measures have worked, and improve the status of habitats and species on the ground. "When" being the operative word.

"Such improvements remain limited and patchy," he continued. "Unfortunately Europe's biodiversity is still being eroded overall and the pressures continue."

He underscored the need to reinforce conservation efforts - the outcome of which only become visible in the longer-term.

The report marked just 16 percent of habitats and 23 percent of species assessments as "favorable," highlighting over-grazing, draining of wetlands, construction of transport and energy infrastructure, as well as the use of pesticides as factors contributing to the depletion of the continent's biodiversity.

To narrow the focus to Germany is to witness a similar picture. A separate paper put on this week by the Federal Agency for Nature Conservation (BfN) in Berlin, reveals that a third of the country's some 72,000 species are at risk. 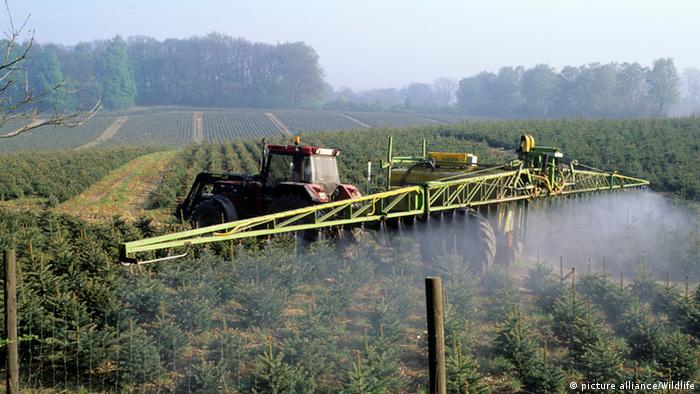 In leaving less to chance, intensive farming is damaging ecosystems and wildlife habitat

The problems of farming

Among Germany's most threatened creatures are invertebrates, which include insects - but 28 percent of mammals are also deemed to be walking a tightrope between extinction and survival.

"The state of biodiversity in Germany is alarming," BfN President Beate Jessel stated upon publication. She lamented the fact that the nation is falling short on its aim to protect its indigenous species, and stressed the urgent need for renewed conversation efforts.

One of the major problems cited in the document, which is the first of its kind to be published by the BfN, are changes to farming, especially the development of intensive agriculture practices.

"Farmers used to leave a few stalks standing," BfN spokesman Franz August Emde told reporters. "It gave field hamsters something to nibble on, and the birds benefited as well.

But in an age where every last grain is harvested, the days of one field feeding different species are becoming increasingly rare. The answers, Jessel says, lie both with policy-makers and farmers. 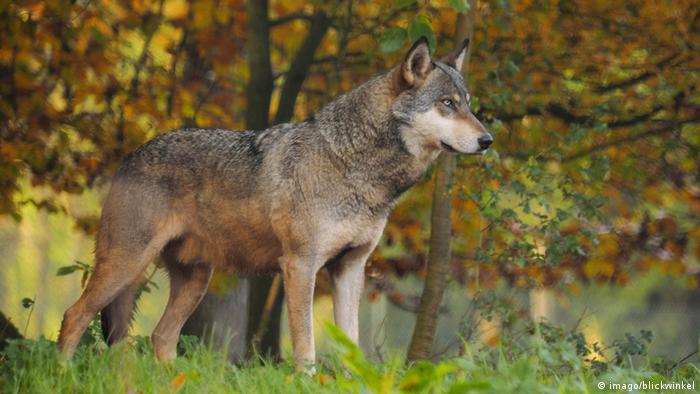 A happy tale is the return of the wolf to Germany

She is pushing for changes to agricultural subsidies, for a move toward supporting those who cultivate flowers around the edges of their fields and those who farm in a generally less-intensive fashion. She also wants to see a nationwide ban on meadows and pastures being churned up for crop growing.

Closer monitoring and control of how the country's land is used, conservationists hope, could reverse the negative trends and lead to more success stories. These include the return of the wolves that once lived in abundance in Germany's dense woodlands - and restoration of the country's beloved beaver.

Alive under the ash rain

Thirty-five years after the eruption of Mount St. Helens, experts explain how volcanoes affect biodiversity - both positively and negatively. With several active volcanos around the world, implications are broad. (19.05.2015)

The environment according to Prince Charles

In his "black spider memos," Prince Charles offered the British government unsolicited advice on environmental issues. As the letters go public, experts weigh in on how much conservation impact a royal can have. (15.05.2015)

Saving trees and livelihoods in Armenia

Illegal logging is a problem in Armenia where trees are used for fuel or are exported. But now organizations are helping locals to benefit from the country's biodiverse forests by managing rather than exploiting them. (12.05.2015)