Saving trees and livelihoods in Armenia

Illegal logging is a problem in Armenia where trees are used for fuel or are exported. But now organizations are helping locals to benefit from the country's biodiverse forests by managing rather than exploiting them. 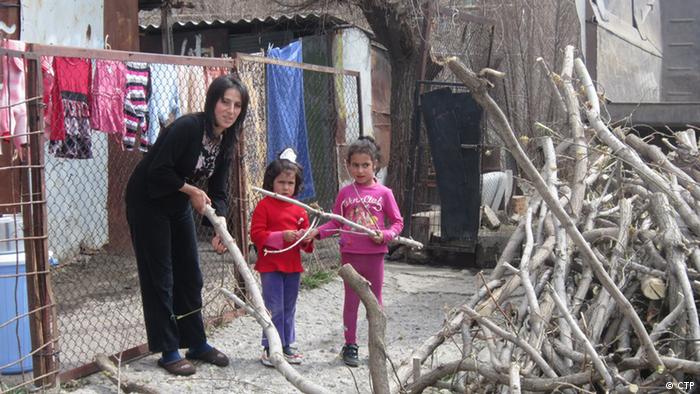 Starting early: Environmental education would begin in school if conservationists had their way

At the height of Armenia's energy crisis triggered by an ongoing war and the collapse of the Soviet Union in the early 1990s, citizens were desperate for fuel. They burned park benches, their own furniture and books - and trees.

Over 20 years later, illegal logging is still a problem in Armenia, where the wood is used for fuel and is a lucrative export product. A quarter of the mountainous country was coated in trees 100 years ago; less than 8 percent of that forest cover remains today.

"Unfortunately significant state resources have not yet been devoted to re-planting and forest management and, as a consequence, the loss of Armenia’s forest cover continues," said Tom Garabedian, director of the non-profit #link:http://www.armeniatree.org/:Armenia Tree Project (ATP)#.

Rich in biodiversity, Armenia’s forests support a broad range of species, including over 120 kinds of fruit and nut trees, such as pistachio and almond. But they also provide numerous other benefits, from preventing erosion and desertification to protecting water supplies and cleaning the air.

All of this is threatened with the continued loss of the country's forest cover. But ATP and a number of other Armenia-based organizations are combating deforestation by working with local communities.

About 35 percent of Armenia's three million inhabitants live below the poverty line, according to 2013 #link:http://data.worldbank.org/country/armenia:World Bank data#. Many are situated in remote rural areas at the edge of forests. 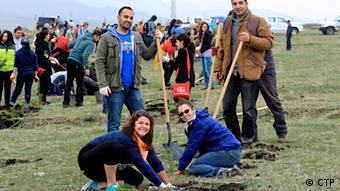 Communities need alternative incomes if forests are to be preserved

Karen Aghababyan, an Environmental Science Professor at the American University of Armenia and executive director of NGO TSE-Towards Sustainable Ecosystems, sees ample opportunity to create alternative livelihoods for these communities and save trees in the process.

Founded in 2014, TSE is developing a program that trains villagers to sell products made from berries, honey, or wild mushrooms and even wooden souvenirs constructed with sticks or old roots. It also plans to encourage locals to host eco-tourists visiting for bird and butterfly watching expeditions, which Aghababyan has been #link:http://www.butterfly-conservation-armenia.org/:organizing for several years#.

Organizations are coupling conservation with reforestation too. In 2014, ATP planted fruit trees that produced more than 200,000 kilograms of goods with the help of local volunteers and staff. Community members either used the produce themselves or sold it in marketplaces, according to Garabedian.

In 2015, volunteers will plant 200,000 oak, pine and ash trees across 16 hectares of Armenia's Tashir region along the Georgian border. Community forests will also be developed throughout the country, with approximately 10,000 trees spread over five hectares.

Such community participation for projects is key, says Garabedian. Without support from the local mayor or community leader, ATP runs the risk that sheep herders will allow their livestock to forage in areas where seedlings have been planted, for instance. This would destroy the forest before it has a chance to mature.

"In order to ensure the effectiveness of reforestation efforts, it is critical that we have community [support] before committing to a local project," said Garabedian. "We've worked with enough communities and mayors throughout Armenia to be able to assess the sincerity of their commitment."

Even with local support, reforestation hasn't been 100 percent successful. Of the 4.5 million trees planted since the organization's founding in 1994, between 65 and 85 percent are still standing. 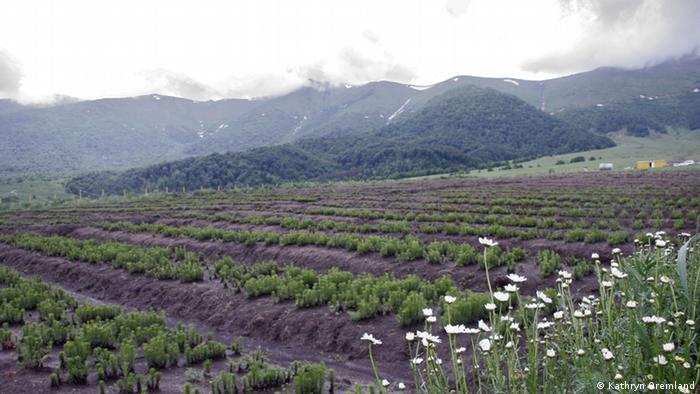 ATP is working on improving its success rate. The organization returns to community tree planting sites a few seasons after the initial planting and provides feedback. And they are now examining different techniques to shield forestry seedlings from overgrown weeds and grass, said Garabedian.

Government intervention: The good and bad

Armenia's government has also been trying to combat deforestation and illegal logging. In 2007, it opened the State Forest Monitoring Center with seven teams of volunteers monitoring and comparing satellite images of woodlands to determine whether the decrease in forest cover exceeds legal limits.

The teams also plan legal logging and examine its impact on biodiversity. They not only decide how many trees can be cut down but also how and where they should be removed - for instance, in selective patches to mimic natural disturbance in the forest, such as when old trees die, opening up space for young trees.

Still, official penalties for logging remain low, as does the institutional capacity for enforcing them, said Aghababyan. And illegal logging has been on the increase - a total of 2,114 trees were illegally felled in 2014 up from the previous two years, according to a #link:http://www.ecolur.org/en/news/forest/ra-ombudsmans-report-illegal-tree-felling-in-2014-more-than-past-two-years/7233/:report released in April# by the Armenian Ombudsman.

Activists also say the government itself is turning a blind eye to illegal or improperly assessed deforestation projects. Many protested the Armenian Copper Program (ACP), which was recently granted a 24-year license to extract copper and ore from the Teghut Mountains, clearing old growth forest in the process.

"What is needed is better enforcement," said Ozbenian. "There's more pressure being put on the government to expose illegal logging operations and corruption as far as deforestation goes but constant pressure is necessary."

But the first step to really protecting the forest is realizing its importance, said Ozbenian. 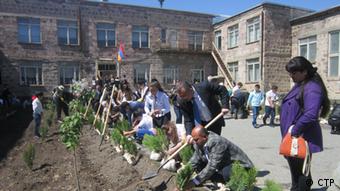 Early intervention is key. Yet environmental education, especially regarding the effects of deforestation, is still lacking in most Armenian classrooms, where a new generation unaffected by the desperation induced by the energy crisis sits.

AEN recently created a teacher's manual for hands-on and interactive learning in nature, starkly contrasting with the didactic "I teach, you listen" style left over when from when Armenia was part of the Soviet Union, she says.

"Luckily a lot of teachers seem open to the new style, which is really encouraging," said Ozbenian. "Like a lot of things here, I think the problem is just lack of exposure."