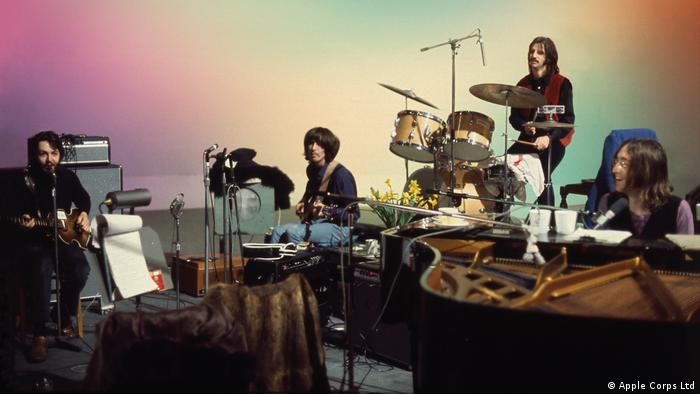 Sifting through the 56 hours of previously unseen footage and more than 150 hours of unheard audio.was mind-boggling, says director Peter Jackson.

The material, which had been locked away in a vault for more than 50 years, documents the making of The Beatles' last two albums, "Abbey Road" and "Let It Be."  It follows the band in January 1969, as they rehearsed and recorded songs, shortly before their breakup.

In a sneak peek video posted online by Peter Jackson in December 2020, the Beatles don't come across as being at odds at all. They goof around in the studio in what looks like a family get-together with kids and spouses.

Yoko Ono and John Lennon cuddle and kiss, Ringo Starr clowns and Paul McCartney jumps around, even George Harrison can't help but grin. In between the antics, they rehearse.

"Hopefully, it'll put a smile on your face," Jackson says in the video — and it does. 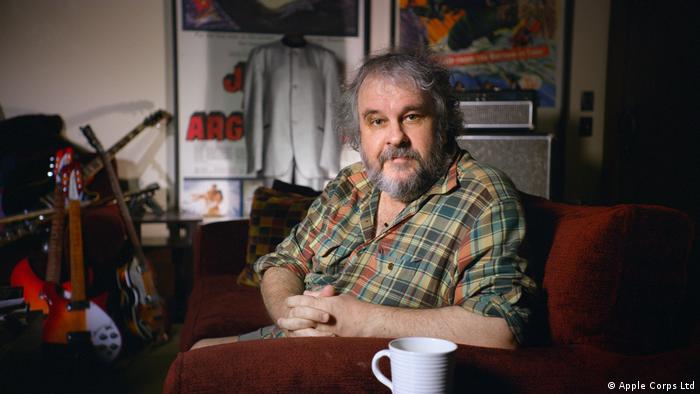 The Beatles were over

The band's exuberant good mood captured by filmmaker Michael Lindsay-Hoggs in those January days of 1969 clashes with what was later revealed to the world.

The Beatles had definitely fallen out by then. Lennon's liaison with Yoko Ono annoyed the rest of the band. She was glued to John, sat beside him in the studio and never let him out of her sight.

George was frustrated and wanted nothing to do with the others anymore.

The band was of two minds about their manager Allen Klein, a tough businessman known to exploit his clients. Paul was dead set against hiring Klein, but was overruled.

Those factors, according to many fans, contributed to the band's breakup.

During production of the "White Album" a year earlier in (1968) it was rare for all four band members to be in the studio at the same time for recordings. The same was true for "Let It Be," the album released after The Beatles had already broken up. 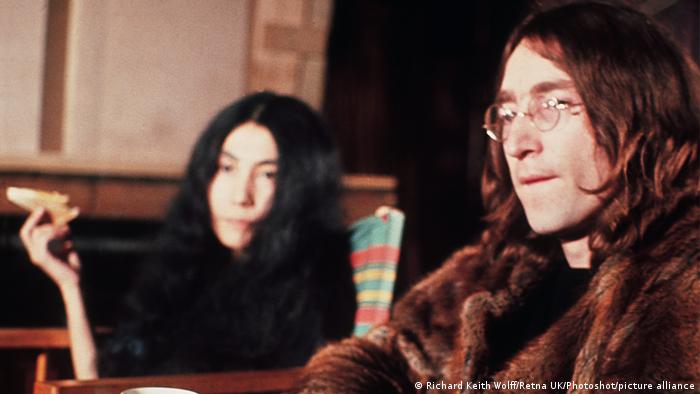 Paul, however, tried to get the band together again for one last album, with the goal of playing live — something they hadn't done in years. Their music had become too complex, and the musicians were exhausted by the fans screaming at their concerts.

Paul nevertheless managed to persuade the others. He brought long-time producer George Martin on board again, as well as another old acquaintance, Michael Lindsay-Hoggs. He filmed the studio sessions, initially for a television documentary, which then became a feature film for the big screen, titled "Let It Be."

And so after all the months of quarreling, the Fab Four met again for a few days in the studio, and even gave a live concert  from the rooftop of their Apple Corps headquarters. The film footage of the rooftop concert is world-famous, but what happened behind the scenes had never been shown — until now. 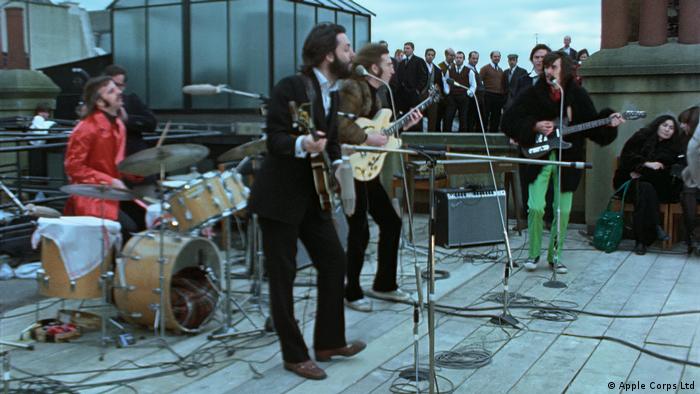 Peter Jackson created a six-hour documentary showing how four musicians, under immense pressure and stress, managed to record iconic songs like "Get Back." The cameras capture the silly moments, the annoyed looks, and the swear words.

Disney and the four-letter-word

Peter Jackson had to convince Disney, a family-oriented company, not to edit out the scenes that include The Beatles swearing.

"The Beatles are Scouse boys [referring to the Liverpool accent] and they freely swear, but not in an aggressive or sexual way," he told Radio Times magazine. "We got Disney to agree to have swearing, which I think is the first time for a Disney channel. That makes them feel modern, too." 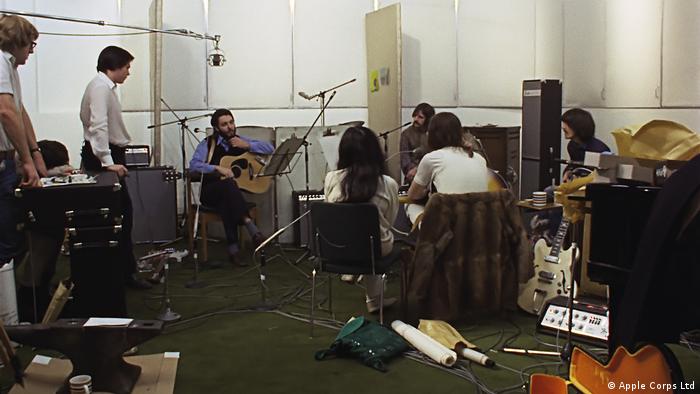 The Beatles in Apple Studios in London

Paul McCartney and Ringo Starr, the two surviving Beatles, gave Jackson the go-ahead. Ringo praised Peter Jackson's work in the online magazine Udiscover, saying Jackson was "a hero." It was great fun to watch how he and the other Beatles treated each other back then, Paul told Germany's Welt am Sonntag newspaper.

McCartney said he also enjoyed the film because it showed that he was not always fighting with John Lennon. Even though people often later claimed that, he always thought that simply wasn't true.

"This is four friends playing in a totally crazy place in London, giggling at the absurdity of the situation. That was the Beatles, that was us."

The German photographer shot some of the earliest pictures of the Beatles and helped shape their iconic visual style. Tributes poured in following her death, with Ringo Starr calling her "a beautiful human being."