"As a Beatles fan, when you hear it for the first time, the hairs stand up on the back of your neck," Beatles expert Paul Parry told DW. The newly released "Radhe Shaam" features George Harrison and Ringo Starr. 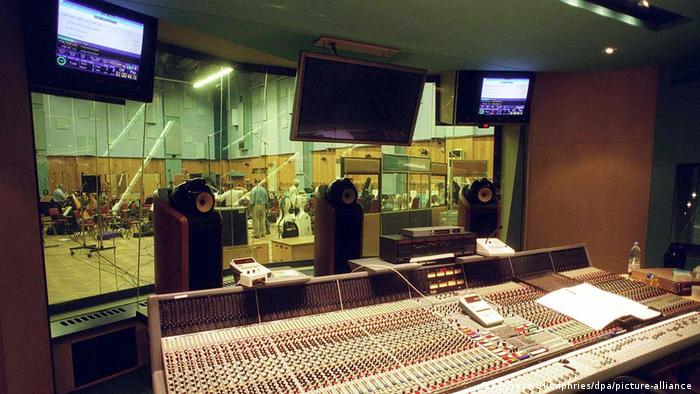 George Harrison and Ringo Starr have a new song out — over five decades after it was first recorded. The 1968 master tape was rediscovered in a Birmingham loft and mixed using modern technology, premiering on local BBC Radio on Wednesday.

The two Beatles offered to play for the track called "Radhe Shaam" while taking a break from working on "Hey Jude" in London in 1968. The song was composed by Ashish Khan, with lyrics by broadcaster and producer Suresh Joshi, who was also a friend of George Harrison.

Hidden at home for half a century

Talking to DW, Joshi said the song was named after the Hindu god Krishna and uses elements from various religions. However, rather than being a religious hymn, "it's more rock music, very similar to the one George Harrison wrote, 'Sweet Lord'."

"It's a sort of a combination of all religions of the world, that we all have got a common goal, and that we are all one, together," Joshi said.

Indian culture and philosophy had a profound effect on the Beatles as whole and on individual members, particularly George Harrison. According to Joshi, immersing into Indian culture gave Harrison the confidence to start composing and publishing his own work. 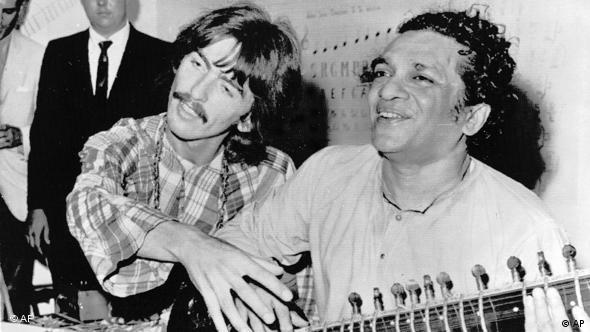 But the track was never released and, after the legendary band broke up in 1970, it ended up gathering dust in Joshi's Birmingham home. It was only discovered after the start of the coronavirus pandemic, when a friend heard Joshi talk about the lost song. The friend, entrepreneur Deepak Pathak, eventually convinced Joshi to allow him to search for it in the loft. They managed to recover the decades-old tape and have it fully restored.

The style of both Ringo and George is clearly recognizable on the track, according to Liverpool Beatles Museum manager Paul Parry. The track was played to an audience of about 100 on Wednesday at the Museum.

"It was almost a very spiritual event," he told DW. "As a Beatles fan, when you hear it for the first time, the hairs stand up on the back of your neck."

"Now, the guitar solo, is to my knowledge the longest guitar solo that I've heard George Harrison play."

The song was posted online on songbox.com, although it seemed to be unavailable by Wednesday afternoon. All proceeds from the newly discovered track are set to go to charity.

The "Fab Four" of John Lennon, Paul McCartney, George Harrison and Ringo Starr took first Hamburg and then the world by storm in the 1960s, before going their separate ways in 1970. A decade later, John Lennon was killed in New York, and George Harrison died with cancer in November 2001. The band's drummer, Ringo Starr, who can be heard on the newly discovered track, and the Beatles' co-vocalist and bassist Paul McCartney remain active to this day.