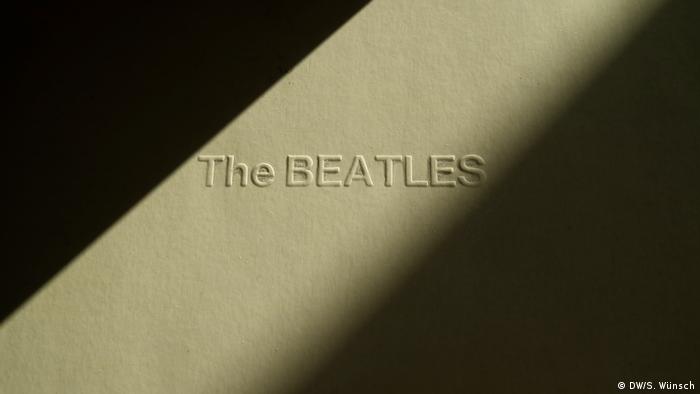 I found mine under the Christmas tree. I remember discovering the pure white cover, embossed with the letters "The BEATLES" and the number 320733 barely visible on the bottom right.

On the open cover, the titles of the songs were listed on the left side of the double sleeve, alongside four simple black-and-white portraits of John, Paul, George and Ringo on the right. Included in the album was also a large poster of the four musicians with the details of the tracks.

Most of the 30 tunes on the album are no longer than three minutes — though the shortest track is 52 seconds and the longest one over 8 minutes long. It starts out brilliantly with "Back in the U.S.S.R," followed by tracks featuring variety, harmonies and arrangements that were a true revelation for my young ears at the time — and they keep fascinating me to this day; I still regularly break my fingers trying to play "Blackbird" on the guitar. 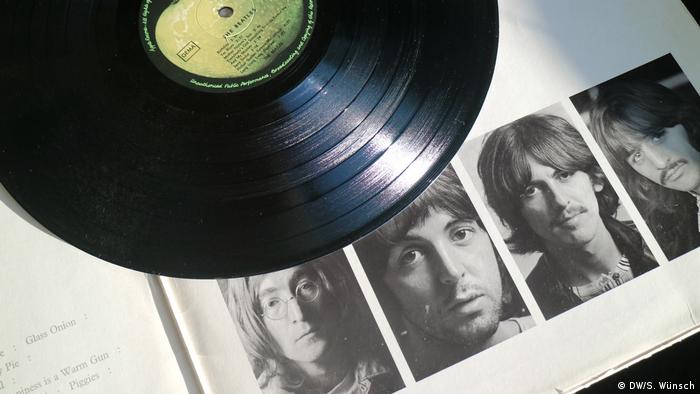 I still remember how Germany's radio stations all played "Ob-La-Di-Ob-La-Da" to death in the 1960s, which is why it is not exactly one of my favorite songs. The record offers far more interesting tracks and moves elegantly through genres — folk, rock, country, blues, progressive rock or psychedelic. Delicate acoustic songs like "Julia," "I Will," "Mother Nature's Son" or "Blackbird" alternate with powerfully orchestrated pieces; "Happiness is a Warm Gun" feels like a compact rock opera, contrasting with the earthy "Yer Blues." "Rocky Raccoon" is arguably the first rap song in music history and "Helter Skelter," one of the first hard rock songs ever made.

The Beatles' self-titled work, best known as the White Album, is a gem-filled milestone, which anticipated trends that led to today's pop and rock music. I can even say: Without this record, music wouldn't be what it is today.

I was too young at the time to understand the context of this double album released at the end of the "summer of love."

What I know today is that this album was the Beatles' way of saying good-bye to the colorful, drug-filled, flower-power era. With a few exceptions, the music does not feature many of the psychedelic approach of the previous album, Sergeant Pepper's Lonely Hearts' Club Band (which included "Lucy in the Sky with Diamonds"). With the White Album, the four musicians freed themselves from a crazy era in order to truly start making music again — together, but each already on a journey of his own. 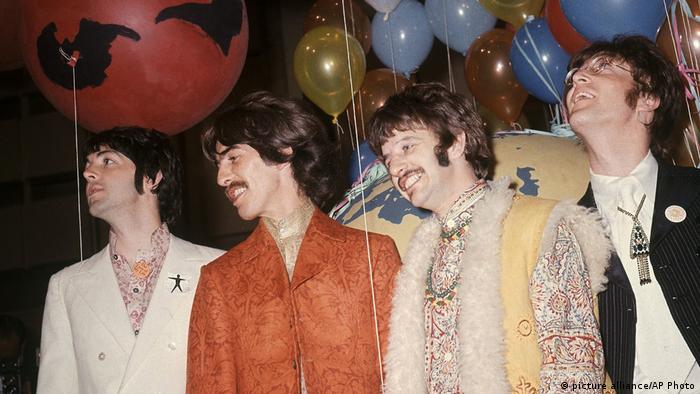 The Beatles at their limits

The fact that the album actually saw the light of day is almost a miracle. In early 1968, the four Beatles boys were still spending their time in the Indian meditation camp of Guru Maharishi Mahesh Yogi, vowing to stay together forever. Then Ringo was the first to lose his appetite for transcendental meditation and vegetarian food. Paul followed him a bit later, while John and George spent several weeks in India writing songs.

Back in London, they released their most successful single, "Hey Jude," in August 1968, founding their record company Apple Records. The new record producers however didn't have strong managerial skills, and thus their label turned into a money pit. By then, John also had Yoko Ono constantly in tow, which really annoyed the three other band members — they couldn't stand her.

The recording sessions for what came to be known as the White Album were exhausting; the musicians had increasingly separate artistic views as they recorded their songs, composing some of them on the go in the studio. They all played several instruments, switching spots at the piano or the drums. Paul was the most versatile player: along with the bass, he played guitars, keyboards, drums and the timpani.

There were also a few guest musicians — strings and brass players, as well as singers, including Yoko Ono. Producer George Martin can be heard on the harmonium, and the then guitarist of Cream — Eric Clapton, a longtime friend of George — played the guitar solo on "While my Guitar Gently Weeps."

At some point, Ringo lost his nerves during the recording sessions and briefly left the studio. When he came back, his drums were decorated with flowers: "Welcome home." The Beatles finally completed the record with the help of their producer George Martin, who later described it as the "most difficult album of his career."

Twilight on the horizon

All that stress is barely noticeable on the album. What is striking, however, is that each Beatle seemed to be going his own way on the songs they created, accompanied by the three others.

Once the album was recorded, the Beatles took a break from each other and met again in January 1969, weeks after the record's release on November 22, 1968. While the ensuing period of harmony was only brief, the Fab Four nevertheless managed to create another monument, Abbey Road.

Let It Be, released in 1970, became their farewell album. On April 10, 1970, the Beatles officially separated. 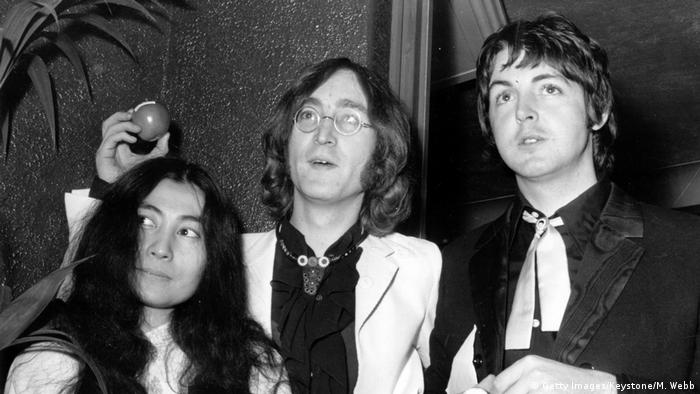 John and Yoko were inseparable

What remains is the music. I've known the White Album for at least 40 years now. The songs on the album still manage to fascinate me every time I listen to it even now. My copy of the album is one of a kind: Like all copies, it has a serial number. My record, bought in 1976, shows six figures already. 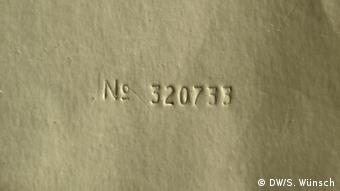 The serial number made each album copy unique

By now, different anniversary editions have been released — box sets with either three or seven CDs or two or four vinyls. The White Album has even made it back into the charts in several countries. George Martin's son, Giles, and sound engineer Sam Okell worked with a team of engineers and audio restorers at London's Abbey Road Studios for almost a year to complete the stereo and 5.1 surround sound mixes of the album.

Giles Martin's stereo album mix, which is taken directly from the original four-track and eight-track session tapes, was inspired by his father's original stereo mix. In last week of May in 1968, the Beatles gathered in George's house in Esher to record demos. Until now, the so-called "Esher Demos" had only circulated as bootlegs; they are included in the new editions, as well as further recordings of studio sessions that have never been heard before.

The deluxe edition also features a 168-page hardcover book with accompanying photos, documents and texts. All these bonuses make a new purchase very tempting — especially considering that my own copy sounds rather scratchy after 40 years of listening to it.

Designed like a "musical travelogue," musician Paul McCartney travels through different stages of life on his new album, Egypt Station. The album is described as his most ambitious in years. (06.09.2018)

Police in Berlin have recovered stolen diaries and other items belonging to former Beatle John Lennon. A man has been arrested and investigations are ongoing. (20.11.2017)

Ringo Starr of the Beatles and Barry Gibb of the Bee Gees have both received knighthoods for services to music. Britain publishes an honors list twice a year to recognize people based on merit, service or bravery. (30.12.2017)