Imagine: Lennon would have turned 80

John Lennon would have celebrated his 80th birthday on October 9 had he not been assassinated 40 years ago. What were his plans at the time?

The 2019 romantic comedy Yesterday depicts a still-alive Lennon who, instead of becoming a pop star, lived into old age out of the public spotlight, spending his retirement days painting in his little beachfront house on the English coast.

But John Lennon did not grow old. Shortly after his 40th birthday, the singer was shot by Mark David Chapman in New York on December 8, 1980. Given the chance, would Lennon have really retired peacefully into old age by the English seaside?

"This is difficult to answer, but he still had plans," says Rainer Moers, author of The Beatles: History and Chronology and founder of the Beatles Museum in the city of Halle in eastern Germany.

At first, Lennon would probably have gone on tour, Moers thinks. Lennon's 10th album, Double Fantasy, had been released only three weeks before his death, triggering a series of rumors at the time.

"It was said that the tour could take Lennon back to England after a long time," said Moers. But they were only speculations. 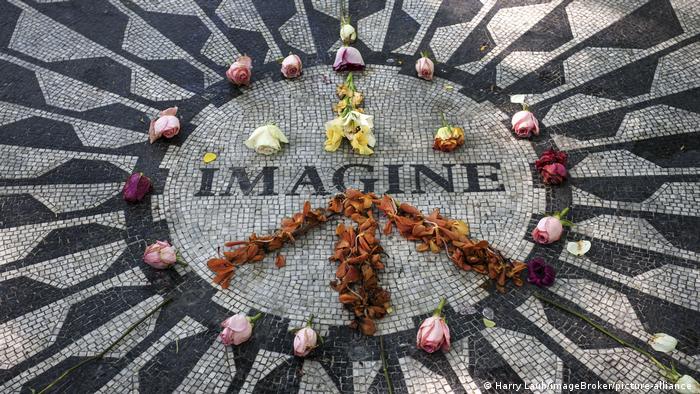 "That's business," said Moers, "but it doesn't do justice to the album, which really is much better than some of its predecessors." The album became a commercial success and went on to win the 1981 Grammy Award for Album of the Year.

Lennon had taken several years off before recording his last regular album in order to spend more time at home with his second son, Sean — in contrast to the less extensive time he had spent with Julian, his son from his first marriage to ex-wife Cynthia.

After some time, however, Yoko Ono noticed her husband's increasing dissatisfaction and encouraged him to go on various trips to discover himself. The road to self-discovery encouraged Lennon to make music again. 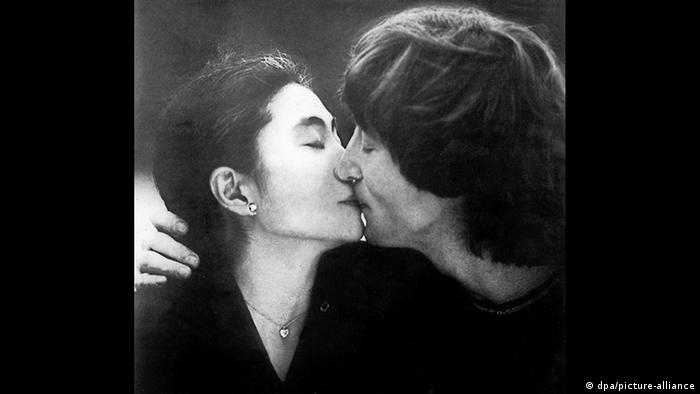 Yoko Ono and John Lennon on the cover of 'Double Fantasy'

Even before the separation of The Beatles, Lennon had recorded experimental albums with Yoko Ono, whom he married in 1969.

After The Beatles came to an end in 1970, he released solo albums annually up until 1975.

"The first solo records were in great demand, just like those of the other Beatles," said Moers. But though The Beatles were essentially made up of individual musicians — they were no longer The Beatles.

Time and time again throughout the 1970s rumors about the band's reunion emerged. Not even the former members themselves wanted to refute those rumors.

In an interview, Lennon once spoke about the superhuman high expectations of fans: "They would expect to see God playing." He then wished each Beatles member individual happiness and added: "Whether collectively or not, we will see." 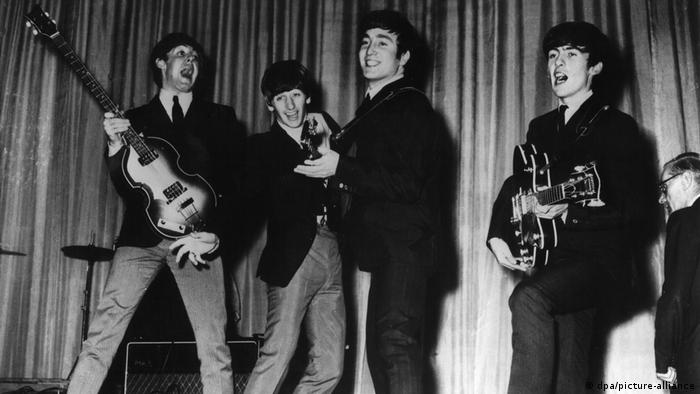 'In the here and now'

It goes without saying that the reunion never did take place. But what would Lennon's musical and artistic work look like today?

Would Lennon, who once wrote "Give peace a chance," dare to express himself politically in today's world?

"Lennon was the most authentic Beatle," thinks Moers. "He followed his guts. Everything was believable about him when he went into the studio."

According to Moers, Lennon often recorded his songs "in the moment he felt them, in the here and now."

Paul McCartney, on the other hand, would often draft his songs on the drawing board and think about what might be musically appealing, Moers said.

Personally, Moers believes Lennon had found his happiness. Ono, however, is still regarded by many as domineering and unapproachable. Many Beatles fans still blame her influence on Lennon as the reason behind the band's break up.

"Yoko had a big influence on Lennon from the beginning," Moers said.

Lennon recorded his first four albums together with Ono, who was also a singer and song writer. In Moers' opinion, Lennon was satisfied with their work. And the fans' grudge against Ono also subsided over time, as she was always inclined to please them, added the Beatles' expert.

But what remains is the love-hate relationship between Lennon and Paul McCartney — the two main songwriters of The Beatles.

"Both benefited from each other," said Moers. "Lennon saved McCartney from drifting into shallowness and McCartney made sure that it didn't get too weird." 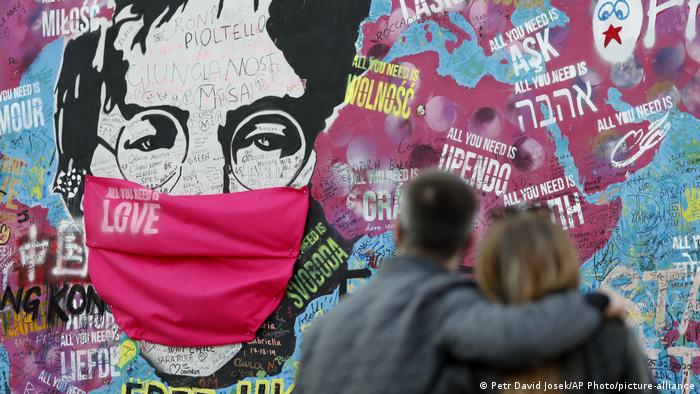 Still revered by fans, even during the coronavirus pandemic: The Lennon Wall in Prague

A look back at the life of the boy from Liverpool who went on to become one of the most influential musicians of the 20th century before his tragic death in 1980.

The former Beatle and Wings leader has been in the musical spotlight for six decades. At 80, Sir Paul McCartney remains one of the world's most popular stars.