Imagine a world where no one knows the Beatles' music — except for a street musician. That notion inspired director Danny Boyle to create a movie featuring both a newcomer and a British superstar. 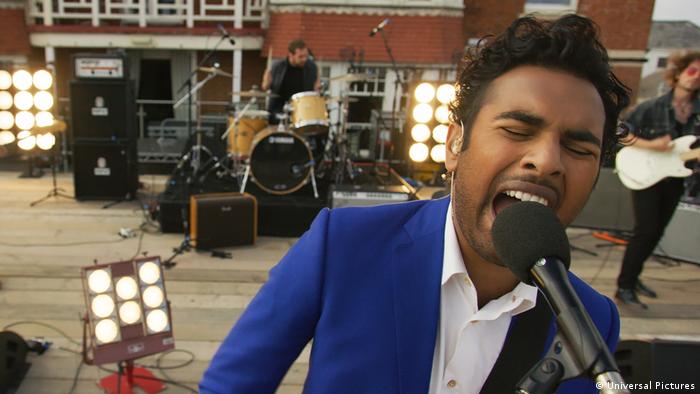 The basic idea of the film is original. The film "Yesterday" begins with a worldwide power failure: Everywhere around the globe goes dark for 12 seconds. Precisely during that time, the rather unsuccessful hobby guitarist Jack Malik rides his bicycle straight into a bus, which causes him to lose two front teeth and lands him in hospital.

When he regains consciousness, the world has been altered — at least in one fantastic detail. While lying in the hospital bed, Jack hums a catchy Beatles tune, prompting his manager and long-time girlfriend Ellie to stare at him in astonishment. But it gets even better.

No one knows the Beatles song 'Yesterday...'

Once Jack has left the hospital, he joins his friends at the welcome home party they've organized for him. Jack grabs his guitar and starts to sing the Beatles' evergreen "Yesterday." His friends are thrilled. How did he come up with such a great song? The lyrics, the melody, the simple yet ingenious arrangement?

Now it's Jack's turn to be puzzled. "Yesterday" — every child in the world knows that song by the Beatles! But then it becomes evident that no one knows the song and no one has ever heard of the Beatles. No "Let It Be," no "She Loves You," no once- in-a-lifetime album "Sgt. Pepper's Lonely Hearts Club Band." In fact, all the Beatles records have disappeared from the shelves, with no recordings and not a single picture of the four musicians to be found anywhere. 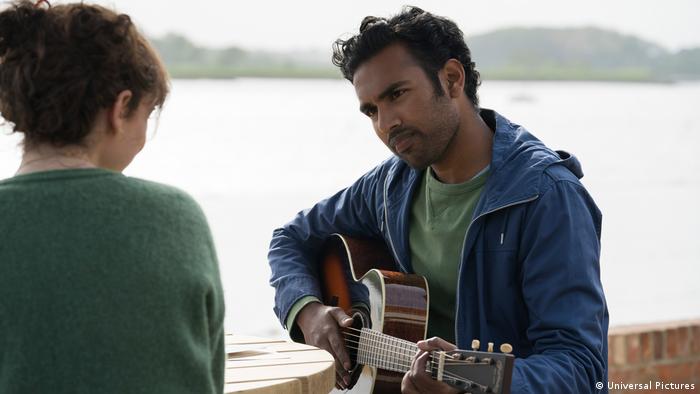 From nobody to superstar

That's the outlandish starting point of the movie — actually inconceivable, but also somehow charming. Director Danny Boyle sends his protagonist Jack Malik (played by Himesh Patel, familiar merely from a BBC soap opera) on an astonishing journey to musical stardom. Malik has only played his guitar in pedestrian zones and in rarely frequented bars, but now he is suddenly sitting atop a musical treasure trove of unimaginable proportions.

Yet he's embarrassed about it, too. He doesn't want to bask in someone else's glory. But because nobody wants to believe that there once was a very famous pop band called The Beatles who wrote hits like "Yesterday" and "Let It Be," fate takes its own course. Jack becomes a superstar, a brilliant songwriter who fills big halls with thousands of spectators.

He gets recognition and help from another well-known songwriter, Ed Sheeran, who plays himself in the movie. He must accept that there is an even more ingenious young man on earth who clearly has the gift of producing hits as if to the manner born.

Danny Boyle has a number of big films tied to his name. He became a cult director with "Trainspotting," a film that explores music and drugs, and his "Slumdog Millionaire" won eight Oscars. He also created a surprisingly critical cinematic memorial to Apple inventor Steve Jobs.

Boyle had actually been booked to direct the 25th James Bond film, but he had a falling out with the producers, and it's said that there were conflicting artistic ideas surrounding how to design the new "007" adventure.

So here comes another "little" film from Boyle about music and miracles, about English merits, provincial musicians and dreams of great success, along with a screenplay by Richard Curtis. The shooting of "Yesterday" was already complete when the cancellation of the new Bond movie came. Yet, somehow, a movie like "Yesterday" seems to fit this English director better and he once again appears to be in his metier.

The idea of reinventing the Beatles on the big screen is charming. The fact that this is successful is due above all to the performance of leading actor Himesh Patel, a young British actor with Indian and African roots, as well as that of Ed Sheeran. In "Yesterday," the musician is both personable and reserved, with the film allowing him to take a satirical look at his own career.

And of course the music contributes to the success of the romantic comedy film. Even though it's Patel singing the songs and not the four legendary "mop tops," some of the magic in this nostalgic pop music will likely come across to most of today's viewers.

Following its global premiere at the Tribeca Film Festival in New York and other screenings at smaller festivals in the US, 'Yesterday' opens in cinemas around the world starting June 26.  It opens in US theaters on June 28, and in German theaters on July 11.

Designed like a "musical travelogue," musician Paul McCartney travels through different stages of life on his new album, Egypt Station. The album is described as his most ambitious in years. (06.09.2018)

5 things that made Danny Boyle's 'Trainspotting' a cult classic

The search for an opium pill in "Scotland's dirtiest toilet," sarcastic dialogues and a hypnotic soundtrack: Here are five things that made Danny Boyle's "Trainspotting" a cult film. (17.03.2017)

A Beatle at 75: George Harrison

Shy and standing in the shadows of Paul McCartney and John Lennon, "The Beatles" lead guitarist became known as "The silent Beatle." A look at George Harrison's life in honor of his 75th birthday. (24.02.2018)