Germany's CDU under fire over nomination of controversial ex-spy chief 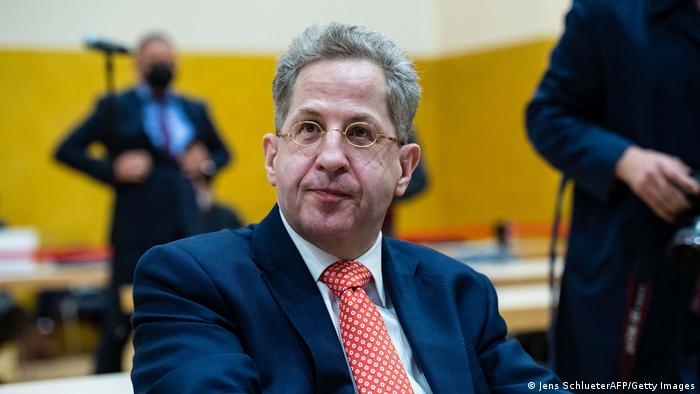 The ex-spy chief is a controversial figure in the CDU

Chancellor Angela Merkel's center-right Christian Democrats (CDU) were left reeling on Saturday after a branch of the party backed a controversial former intelligence chief to run in this year's parliamentary election.

Hans-Georg Maassen, the former head of Germany's domestic intelligence service (BfV), won the backing of party members in the region of southern Thuringia on Friday.

Some 86% of party members in the small region voted in favor of Maassen becoming the party's directly-elected candidate on the ballot on Friday.

The move means he has a shot at entering Germany's parliament during the upcoming general election in September.

Why is the nomination controversial?

In November 2018, Maassen was fired from his post at the head of the BfV following allegations of having sympathies with the far-right, and in particular their anti-immigration views.

At the time of his removal, he cast doubt on videos that showed people with immigrant backgrounds being chased down in Chemnitz. At the time, far-right extremists were holding anti-immigration protests in the city.

Since being removed from his post, Maassen has become a prominent conservative voice on social media. In 2019, he gave an interview where he suggested a coalition with the far-right Alternative for Germany (AfD) was an option for the CDU in the future.

He's remained a member of the CDU and active within the party's more conservative wing, despite discussions of removing him from the party altogether.

The nomination has sent shockwaves through the party, with senior CDU members voicing strong opposition to the decision.

"From every candidate, I expect a clear commitment to the values and policies of the CDU as well as a clear differentiation to the AfD," Ziemiak told the newspapers of the Redaktionsnetzwerk Germany.

"Hans-Georg Maassen is a marginal actor on the democratic spectrum, with whom most Christian Democrats have little in common," Karin Prien, a member of the CDU's national board, told the Funke Media Group.

One of the harshest critiques came from Serap Güler, a CDU politician and integration official in the western state of North Rhine-Westphalia.

"How can anyone be so unreasonable and throw the Christian Democratic values overboard? Anyone who is that afraid of the AfD has long since given them up," she wrote on Twitter, adding that the vote was "a bitter day."

With only a few months left until the September 26 election, the CDU hoping to garner enough support to keep the chancellor seat after Merkel steps down.

The state premier of Germany's most populous state is set to lead the conservative challenge in the general election later this year after his main rival Markus Söder backed out of the race.