Germany′s domestic spy agency and its history of scandals | Germany | News and in-depth reporting from Berlin and beyond | DW | 16.09.2018 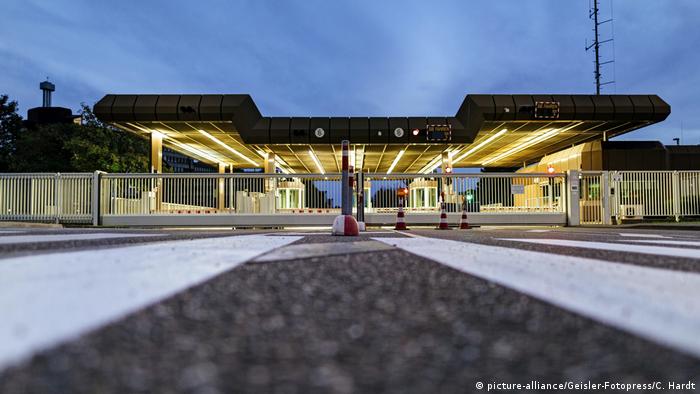 The darkest chapter: The NSU

Members of the so-called National Socialist Underground (NSU) killed nine migrants and one police officer in Germany between 2000 and 2007. The group was thought to have anywhere from 100 to 200 accomplices – including a number of undercover intelligence service informants.

According to one of those informants, Tino Brandt, the Office for the Protection of the Constitution (BfV) - Germany's domestic intelligence agency - indirectly financed members of the group. Brandt, formerly the deputy state chair of the far-right political party NPD in Thuringia, claimed he received cash from the BfV Thuringia for his work as an informant. In turn, he gave some of that money to the terrorist group, which the BfV was fully aware of he said.

State BfV agent Andreas Temme also became a suspect in the NSU case. One of the group's victims was Halit Yozgat, an internet café owner in the central city of Kassel. Yozgat was murdered in April 2006. Temme was in the café when or moments before the murder took place. Investigators arrested him as a suspect but later released him due to lack of evidence. Temme's role remains unclear and he continues to deny any knowledge of the crime. He was later fired by Hesse's state intelligence service.

Lawyer and publicist Rolf Gössner has the distinction of being one of Germany's most comprehensively surveilled citizens. The BfV suspected him of having contacts with left-wing extremist organizations or others influenced by such groups, among them the Communist Party of Germany (DKP), the Union of Persecutees of the Nazi Regime / Federation of Antifascists (VVN-BdA) and the group Red Aid. Those suspicions resulted in intelligence services surveilling Gössner for 38 years and led Gössner to sue the government in 2006.

Shortly before oral arguments were scheduled to begin at the Administrative Court of the City of Cologne in a case to determine the legality of the surveillance, the BfV announced that it had terminated further surveillance after "a recent internal assessment." In 2011, the court declared surveillance of citizens' rights activist to be fundamentally illegal. Furthermore, the court found no justification for Gössner's surveillance in evidence presented by the BfV.

In January 2001 the government of then-Chancellor Gerhard Schröder directed the German Constitutional Court to determine whether the far-right National Democratic Party of Germany (NPD) was in fact an unconstitutional organization. The case could have led to a ban of the right-wing extremist party. In March 2001, the upper and lower chambers of Germany's parliament – the Bundesrat and the Bundestag – issued their own ban requests.

However, the case fell apart and the Constitutional Court closed it down on formal grounds in March 2003 after it was discovered that a number of BfV informants were active in NPD leadership positions. Evidence for the unconstitutionality of the NPD was largely based on statements from those informants. The judges said it was impossible to ascertain to what degree the party had been influenced by the state.

To this day it remains unclear just how much influence the intelligence service had on the party itself.

Klaus Kuron became an employee of the BfV in 1962. In October 1981 he offered his services to East Germany's Main Directorate for Reconnaissance. He received a payment of 150,000 marks and a monthly payment of 4,000 marks for providing East Germany's Ministry for State Security (Stasi) with information. As part of the deal, it was agreed that the Stasi would not go after people being investigated on information provided by Kuron.

In 1985, Kuron's superior, Hansjoachim Tiedge, defected to the GDR. As was the case with Kuron, Tiedge's move was motivated by financial troubles. Moreover, he had become psychologically unstable after the death of his wife. Tiedge wanted to start a new life in East Germany. The Stasi used the opportunity to claim that information received from Kuron actually came from Tiedge, and promptly arrested a number of people that had been under surveillance because of information provided by Kuron.

Kuron turned himself over to authorities when Germany was reunified in 1990 and was eventually sentenced to 12 years in prison. Tiedge fled to Moscow in 1989 and died there in 2011.

When the Federal Republic of Germany (FRG) was founded in 1949 the intelligence service recruited much of its personnel from the ranks of the previous Nazi government's Reich Main Security Office. These new employees were tasked with spying on suspicious citizens – communists being primary among them. One BfV employee, Werner Pätsch, became increasing skeptical about the legality of the practice. At the same time, he was opposed to the prospect of former Nazis and SS men being employed by the intelligence service. In the summer of 1963 Pätsch retained the services of a lawyer, and in September, German weekly newspaper Die Zeit reported on his revelations. Pätsch then disappeared.

The BfV subsequently fired Pätsch, who then sued his former employer. The case made it all the way to Germany's Supreme Court, which was to determine whether state secrets were deserving of protection if they were acquired by illegal means.

The Court found they were not – and declared the opposite to be the case. Namely, that agents were in fact obliged to report such illegal practices. Pätsch was sentenced to four months probation for having ignored the chain of command in his actions. David Johst, a journalist for Die Zeit, says the court's decision was a "break with authoritarian tradition."

Unsolved to this day: The Otto John Affair

The BfV's first and perhaps most spectacular scandal came in 1954, when its then-president, Otto John, defected to East Germany in July along with his longtime friend Dr. Wolfgang Wohlgemuth. It was never known whether John – who was active among resistance fighters such as Claus Schenk Graf von Stauffenberg during the Nazi era – went from West to East Berlin voluntarily. Rumors claimed that he had been drugged and kidnapped.

Otto John later held a press conference in East Berlin in which he justified his defection to the GDR by citing the fact that ever more former Nazis were taking up leadership positions within the West German government. He also warned that militarization and West Germany's alliance with the West would grow dramatically under then-Chancellor Konrad Adenauer. "After much consideration I have decided to flee to the GDR and to remain here because I see it as the best possibility to work toward a reunification of Germany and against the threat of a new war."

John was taken to Moscow where he was repeatedly interrogated by the KGB. One of John's associates later said the KGB had hoped to persuade John to disseminate propaganda against Adenauer's policies, yet he refused to do so. In late 1955, he returned to West Germany. Yet, by then, he was unwelcome. He was sentenced to four years in prison. John never managed to clear his name and died in Austria in 1997.

Can Germany’s far-right AfD be subjected to surveillance?

As politicians call for the Alternative for Germany (AfD) party to be monitored by domestic security authorities, DW looks at the criteria that must be met for this to happen.  (03.09.2018)