Accusations that authorities hindered a probe into what turned out to be a neo-Nazi murder have been denied by the premier of Germany's central state of Hesse. Volker Bouffier says he has "nothing to hide." 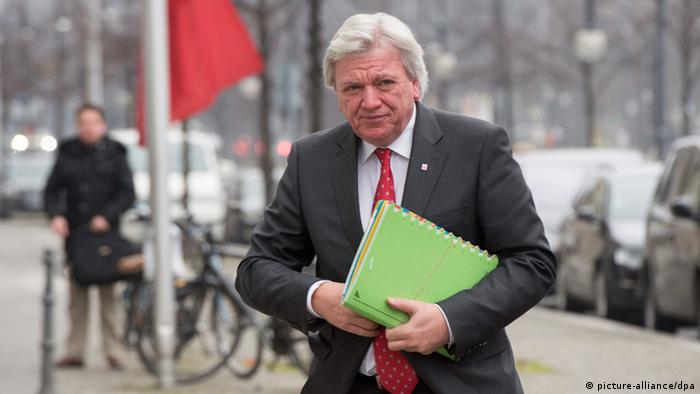 Bouffier on Tuesday angrily denied that he covered up for Hesse state's own intelligence service in 2006 when he was the state's interior minister although authorities knew promptly that the murder could have had extreme right-wing links. 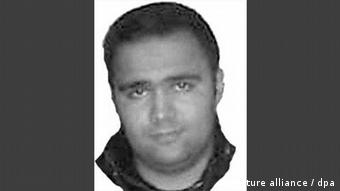 Halit Yozgat was murdered in April 2006 in Kassel

An intelligence service employee, identified only as Andreas T., had been in the vicinity shortly beforehand or during the murder.

The slaying of the businessman of Turkish origin was the last of nine anti-foreigner murders by the self-styled NSU group which now is the focus of a mammoth trial in Munich. Yozgat's family has applied to the court that Bouffier testify. The 10th NSU victim was a policewoman shot dead in 2007.

"I have nothing to hide," Bouffier said, while reading a prepared statement to press representatives including Hesse HR public broadcasting on Tuesday in Wiesbaden, where the Hesse assembly is based.

"These insinuations against me are a monstrosity, they are shameless, and I reject them in every way," Bouffier said, adding that he was ready to testify at the Munich NSU trial.

Referring to his actions as interior minister in 2006, Bouffier said: "I decided in accordance with the law on the basis of best (available) information and conscience."

Last weekend, the German newspaper "Welt am Sonntag" published excerpts from a police surveillance transcript that suggested that Hesse' intelligence service must have known about the murder's anti-foreigner neo-Nazi connotations.

Andreas T. maintained links with an informant within the Kassel neo-Nazi scene, who at Munich trial said he was not permitted to say much. Munich trial files contained only a wiretap summary, the newspaper said.

Its report said police investigators had listened to and documented a telephone conversation between the intelligence service employee and his supervisor. 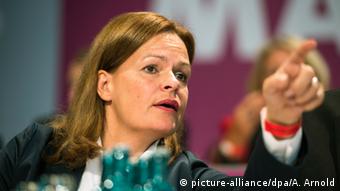 'What really took place in Kassel'

"In this context the premier must allow himself to be asked why he used an exclusion declaration to hinder the questioning of the informant by Andreas T.," Faeser said, referring to police attempts to get details from the informant.

Bouffie has argued that his advisors convinced him in 2006 that disclosing the informant's identity would have posed a greater danger in law enforcement terms.

Faeser, who is a leading member of a state assembly committee of inquiry into the affair demanded on Tuesday that the relevant documents be tabled.

She said it was astounding that Bouffier was of the view that he could not contribute more information on events in 2006.

"He was at the time the interior minister responsible who apparently intervened massively twice in the investigation," Faeser added. 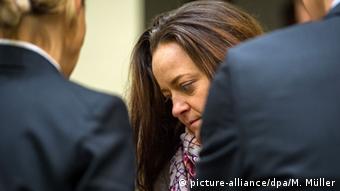 Zschäpe is the main accused in Munich

In Berlin, a Left party member of a parallel federal Bundestag parliament inquiry into the NSU murder series, Petra Pau, said it too had not received the surveillance transcripts related to Kassel in 2006.

The Munich trial was adjourned unexpectedly on Tuesday afternoon, when the presiding judge said the main accused Beate Zschäpe was ill.

The trial is to proceed on Wednesday with testimony from two more witnesses.

Germany's central state of Hesse, which includes the financial hub Frankfurt, has a new government. It comprises conservative Christian Democrats and center-left Greens – a first for one of Germany's larger states. (19.01.2014)