Germany worried about potential for crisis in US election

German Defense Minister Annegret Kramp-Karrenbauer said the US election was undergoing a "battle over the legitimacy of the result." Finance Minister Olaf Scholz said it was important for every vote to be counted. 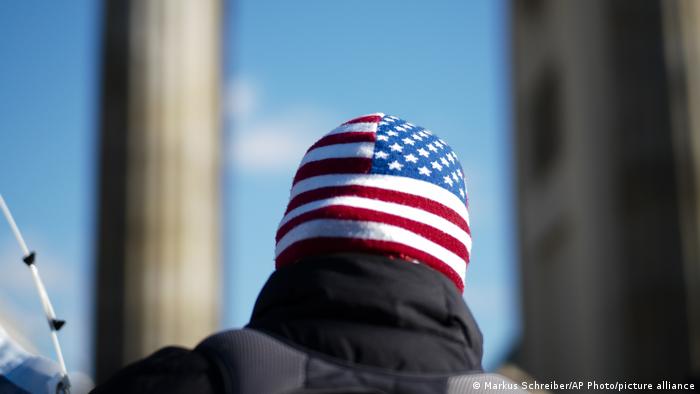 German government officials signaled the country's anxiety on Wednesday about the instability of the US election.

Defense Minister Annegret Kramp-Karrenbauer warned that the US faced a "very explosive situation" and a possible crisis, following comments in which President Donald Trump implied that had won the election.

Kramp-Karrenbauer, who is also head of Chancellor Angela Merkel's Christian Democratic Union (CDU) party, told public broadcaster ZDF that "this election has not been decided... votes are still being counted."

The minister said it appeared "the battle over the legitimacy of the result, however it turns out, has begun."

German vice chancellor and finance minister, Olaf Scholz, echoed Kramp-Karrenbauer's concern. "It is important for us that everything be counted and in the end we have a clear result," Scholz said.

Read more: US election: German-US relationship hangs in the balance

On the tough relationship between Germany and the US in the Trump era, Kramp-Karrenbauer said that "this friendship is more than a question of which administration is currently in the White House," dismissing calls in Germany to "decouple ourselves from the United States."

Nevertheless, she stressed that regardless of the ultimate outcome of the US vote, Europe would need to become more self-sufficient. Scholz backed the notion, saying that given the developments in the US, Europe needed to strengthen its own "sovereignty" so that "a rules-based global order can exist."

In France, Finance Minister Bruno Le Maire said the outcome of the presidential vote will have little impact on US-Europe trade relations, predicting that no matter who wins, Washington is unlikely to drop its confrontational stance.

"Let's not kid ourselves: The United States has not been a friendly partner to European states for several years now," Bruno Le Maire told Radio Classique.

"Whether Joe Biden or Donald Trump is elected by Americans tonight or tomorrow, nothing changes this strategic fact," he said. "The American continent has detached itself from the European continent."

Read more:Opinion: US election tears at the seams of liberal democracy

UK optimistic regardless of result

The UK said its close partnership with the US was in safe hands, no matter who wins the tumultuous presidential election.

"The contours of the opportunities and the risks always shift a little bit, but that needs to be set against the context of this bedrock and this wider set of interests which are so strong," he told broadcaster Sky News.