US election: German-US relationship hangs in the balance | Germany | News and in-depth reporting from Berlin and beyond | DW | 03.11.2020

US election: German-US relationship hangs in the balance

After four years of Donald Trump, the German-American friendship lies in ruins. Most people in Germany hope Joe Biden will come out the victor — but could a US President Biden fix the broken bond?

DW asked people around the world who they hoped would come out on top in this year's US election.

The low point of trans-Atlantic relations in Donald Trump's presidency? Peter Beyer does not have to think long before replying. "When he called the Europeans foes in August 2018," he says. "A line was crossed back then," says Beyer, transatlantic coordinator of the German government and member of parliament for Chancellor Angela Merkel’s conservatives. "You don't want to hear that from anyone, and certainly not from the US president."

The remark was just one of many that revealed President Trump's attitude towards Europe, Germany and Chancellor Merkel. During his four-year term, a lot has changed between Washington and Berlin, says Beyer. Especially in terms of communication. "We were actually used to discussing things with each other. We had a lot to learn in this regard." For example, when Trump announced he was going to reverse decades of postwar policy and withdraw US troops from Germany. "We learned about that from a newspaper article in the Wall Street Journal and then there was a whole week of silence," Beyer says. 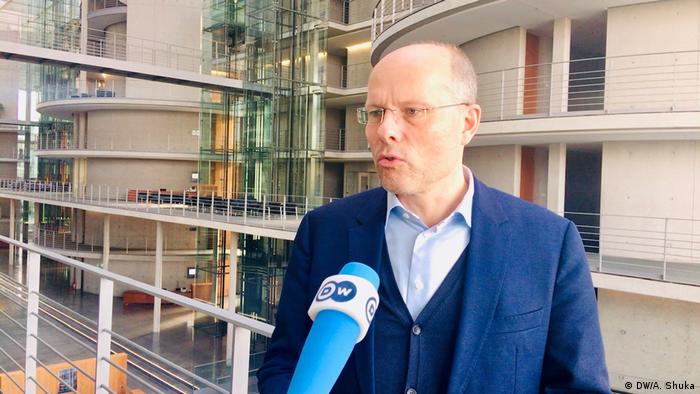 The tycoon and the physicist

The relationship between Trump and Merkel seemed to get colder with every meeting. The real estate tycoon president is known for being loud and often abrasive; the physicist chancellor tends to be the epitome of calm. But the two do not just differ in style — they are also worlds apart politically, be it on climate protection, global trade, refugee policy or most recently in the handling of the coronavirus pandemic and its effects. Rarely has Berlin longed for a change of power in Washington as much as it does at present.

This is not only true for the political class. According to surveys conducted by opinion research institute Civey, just 13% of people in Germany would like to see Trump win a second term.

Only supporters of the far-right, anti-immigration Alternative for Germany (AfD), are in favor of Trump. More than two-thirds of them hope for a victory by the incumbent. But despite the party's gains in recent years, especially in the economically depressed states of the former East Germany, the AfD still remains a fringe party, hovering around 13% support across Germany as a whole. 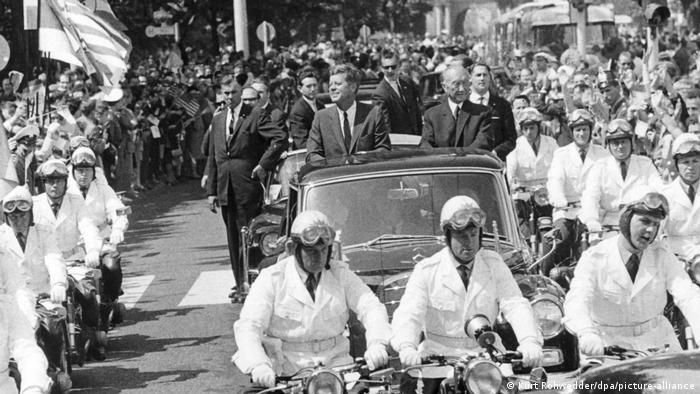 US President John F. Kennedy and German Chancellor Konrad Adenauer in Bonn in 1963

"Every reasonable person hopes for Biden's victory on November 3," says Johannes Kindler. The 74-year-old has experienced the golden age of German-American friendship. He was a government adviser in the Federal Chancellery during the Reagan, Bush and Clinton presidencies. Today he has cycled to the former American settlement in the western city of Bonn. The streets here are wider than in the rest of the city and are named after John F. Kennedy and Martin Luther King. There is an American colonial-style church, a baseball field and a football field. After the war, hundreds of American officers and embassy staff resided here, in what was then the capital of West Germany.

Kindler played tennis with American friends and was a guest at the American club, a flat-roofed building overlooking the Rhine. When he rides past it today on his bicycle, he sees it as a symbol for the decline of German-American relations. The building — once visited by Kennedy and Ronald Reagan — is now in decay, with graffiti on the walls and doors barricaded with wood. In 1999, the Americans ceded ownership of the complex to the city of Bonn when Berlin became the capital again. 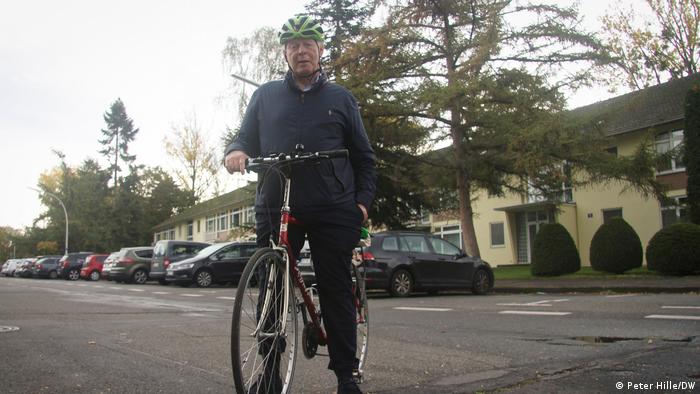 "It can't get any worse," says Kindler, referring not to the decay of the building but to the current US president. But, he says, "the relationship between ordinary people is much better than between government institutions." Kindler still counts many Americans among his personal friends. Is it only the facade that is crumbling, with the trans-Atlantic foundations still basically intact?

"I am concerned that the foundation or the pillars of this trans-Atlantic bridge have also eroded," says conservative parliamentarian Beyer. The world has changed fundamentally, he says, with huge geostrategic shifts. "This is something we did not want to realize for a long time. After all, it has always been so convenient to live a good life under the protective umbrella of the Americans. That is no longer possible." 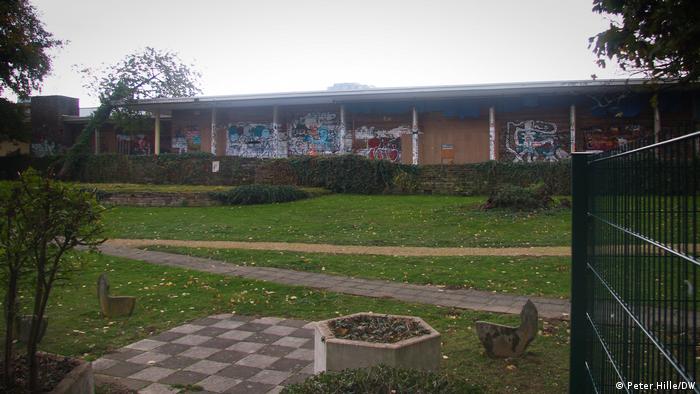 The former American Club in Bonn, Germany — a symbol for trans-Atlantic decay

Under Biden, communication with Washington would certainly improve, Beyer adds. But Biden would also likely demand a more active foreign policy role from the Germans, says Beyer, for example with regard to defense spending. "Biden would expect at least as much from us as Trump."

The Art of the Green Deal?

Franziska Brantner, the German Green party's leading parliamentarian on European affairs, agrees. "The conflicts in our immediate neighborhood are European conflicts. Even with a Democratic president, we will be responsible for them ourselves in the future," Brantner tells DW. "That is why we must finally define our German foreign policy in a European way. We have to find a European common ground so that we can still be capable of acting as Germans and Europeans." If Trump remains in office, this will apply all the more, she says. 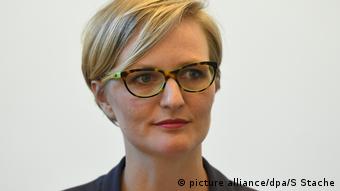 But there is one issue where Brantner is fully counting on Biden: climate protection. While Trump repeatedly calls into question the reality of human-made climate change, his challenger wants to turn the US climate-neutral by 2050. "I am full of hope that this will strengthen the Paris Climate Agreement," says Brantner. "We might even get a trans-Atlantic Green Deal on its feet, invest jointly in technologies and set common standards with regard to CO2 emissions."

Under the motto "Wunderbar together," the Germany's Foreign Office celebrated German-American friendship last year. A lot of nostalgia was involved. America, after all, was once a land of promise for the millions of destitute Germans who emigrated there. After the Second World War it was a model of freedom, prosperity and progress. And in 1990 the US was a major player in making German unity possible. Will the future be wunderbar, too? Much will depend on whether the next person in the White House regards Germany as a foe or as a partner.

US Green Party: 'There's more at stake than getting rid of Trump'

With left-leaning voters fearing a second Trump term, the US Green Party is facing calls from Democrats to drop out of the race. The party's presidential nominee, Howie Hawkins, tells DW he won't do it.

DW asked people around the world who they hoped would come out on top in this year's US election.