Berlin and Ankara are set to restart regular government consultations after a break of almost a year, German media report. Relations between the two countries deteriorated after a failed coup against President Erdogan. 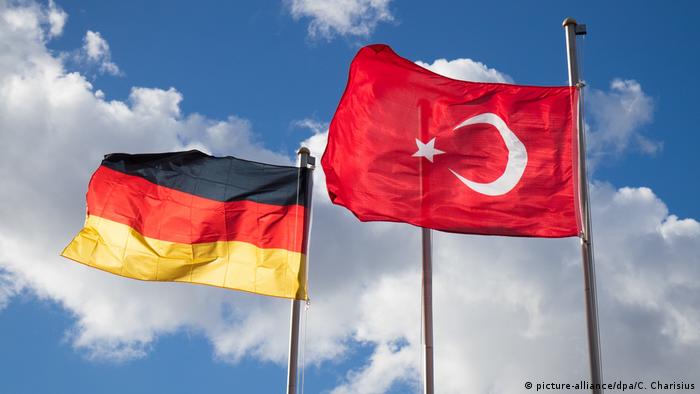 High-ranking officials from Ankara were due to hold talks with representatives of Germany's Interior Ministry in Berlin on Wednesday, according to a report in Die Welt newspaper.

The meeting — the first of its kind in almost a year — aimed to discuss efforts to fight the "Islamic State" terror group, the report said.

"Germany is a point of origin and a destination for jihadi terrorists, whose journeys to and from Syria take them via Turkey," an Interior Ministry spokeswoman told Die Welt.

She said Turkey had repeatedly been the target of "massive attacks by Islamist terrorists," adding that there was still a very real "need to work in close cooperation with Turkey" to tackle terrorism.

Security consultations between the two NATO allies had lapsed, mainly due to a deterioration in bilateral ties. The last such meeting was held in February last year when Chancellor Angela Merkel made a state visit to Turkey.

Relations took a particular turn for the worse following a botched coup against President Recep Tayyip Erdogan in July 2016.

The Turkish leader accuses Germany of harboring supporters of Islamic cleric Fethullah Gulen, the man Ankara claims was behind the revolt. Almost 8,000 Turkish citizens applied for asylum in Germany between January and November 2017, according to Interior Ministry figures quoted by Die Welt.

In recent weeks, however, the situation appeared to be looking up. In early January, the foreign ministers of both countries pushed for a normalization of ties. A number of German citizens who had been jailed in Turkey have also been released, although German journalist Deniz Yücel, who has been held for more than 10 months without any formal charges, remains behind bars.

The Turkish foreign minister has said the time has come for Germany and Turkey to return to friendlier relations. He also said the government is pushing for the judiciary to formally charge German journalist Deniz Yücel. (01.01.2018)