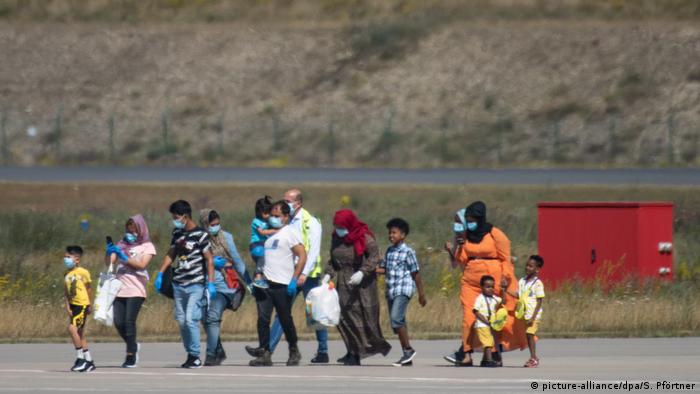 Children and their families arrived at Kassel Airport in central Germany on Friday, after being transferred from camps in Greece.

A total of 83 people, including the 18 children who require medical attention as well as their family members, were aboard the flight.

The families, who come from Afghanistan, Iraq, the Palestinian territories, Somalia and Syria, are to be distributed among nine German states.

Read more:  For recognized refugees in Greece, the hardship isn't over

As part of an effort to relieve the pressure on camps in Greece, the German government has said it will accept a total of 243 sick children. 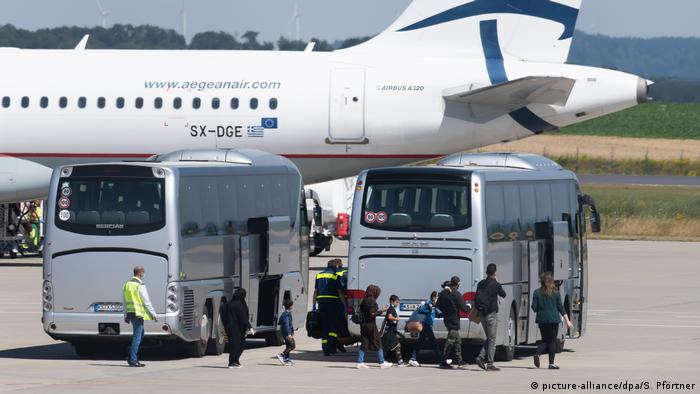 The group touched down at Kassel Airport, they will be distributed across different German states

Boris Pistorius, interior minister for the state of Hesse, said he was pleased to welcome the new arrivals.

"I am glad and relieved that we can bring more children from the unsustainable conditions of the Greek camps to Germany today," he said.

In April, a group of 47 unaccompanied children landed in Germany after being evacuated from the Greek camps. Luxembourg and Portugal also have taken in minors from Greece, and other European Union countries have agreed to do so in principle.

Germany’s interior minister has called for his country to use its time in the EU presidency to strengthen the bloc’s border controls. But human rights groups say the move will hurt already-vulnerable refugees.