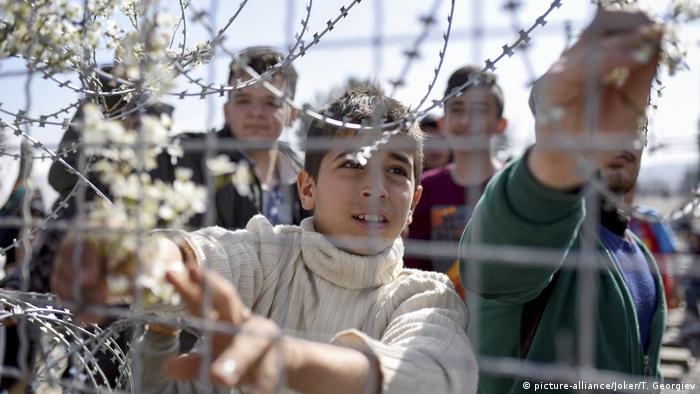 More people have fled their homes and are living as refugees than ever before. By UN estimates, almost 80 million people in total – which equates to almost 1% of the global population or almost exactly the population of Germany.

The EU has clearly defined rules and guidelines for handling asylum seekers. According to the terms of the Dublin Accord, refugees should seek asylum and be cared for in the first EU member state they enter. For geographical reasons, that most often Italy or Greece.

Since the so-called refugee crisis of 2015 and 2016, the system had been creaking.

"The current European asylum system no longer works and cannot be fixed through small improvements. We urgently need a real, fresh start," a spokesman for Germany's interior ministry recently said.

Germany wants a fairer spread of asylum seekers across all EU members. The European Commission put a proposal forward in 2016 but it faced severe resistance from countries unwilling to take on migrants arriving in southern Europe — in particular from Eastern EU members Poland, Hungary, the Czech Republic and Slovakia.

Now Germany is readying for another try during its six-month stint atop the Council of the EU, answering calls from migrant lobby groups.

"We call on the German government to use its Council presidency to ensure that there is finally collective responsibility for refugees in the EU," the chairman of Germany's migration and integration council, Memet Kilic, said. 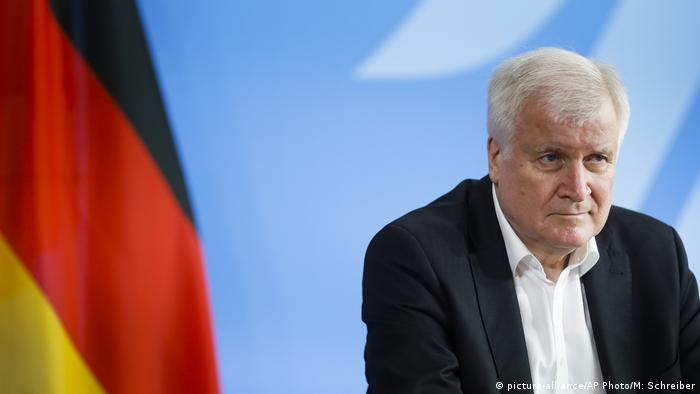 German Interior Minister Horst Seehofer wants to set up asylum centers on the EU's external borders.He suggests refugees should be screened there to ensure that only people with a realistic chance of being granted asylum move on to Europe at all. Those with poor prospects at asylum should be sent home. This would reduce the number of asylum seekers coming to Europe and would mean that fewer have to be shared out among EU members.

"We are prepared to take in those in need of protection," Seehofer said last week, "but the legal system also needs to ensure that those people who aren't in need of refuge are returned to their countries of origin."

CDU politician Patrick Sensburg, a domestic policy expert, told DW that such early tests were necessary to "cancel out the allure of illegal migration."

But Wiebke Judith from the Pro Asyl charity believes that this system would only prevent any chance of fair hearings. She says that checking people's reasons for fleeing at the EU's external borders would turn out to be "so comprehensive and detailed" that this would lead to large camps and long waiting times.

"In asylum cases, you are deciding whether a person can be classed as persecuted and gets protection. This can even mean a decision between life and death," Judith tells DW. Applicants require a process "that allows them to comprehensively explain why they are endangered and allow for these factors to be properly considered." Judith sees no such scope in Seehofer's proposals.

The CDU's Sensburg disagrees: "Of course each case must be individually examined. There can be no arbitrary pushbacks. People have a right to asylum. But I also find it better, if it happens in a safe way and if people aren't dependent on people smugglers, having to risk their lives."

But SPD domestic policy expert Ute Vogt does not categorically oppose the idea of preliminary hearings.

"It all depends on what exactly is meant by preliminary hearings," Vogt tells DW. "Nothing fundamentally speaks against the idea of swift asylum hearings in joint European facilities for certain groups of applicants, for instance for people from countries of origin that are classified as safe. But we reject preliminary examinations which undermine the right to asylum." 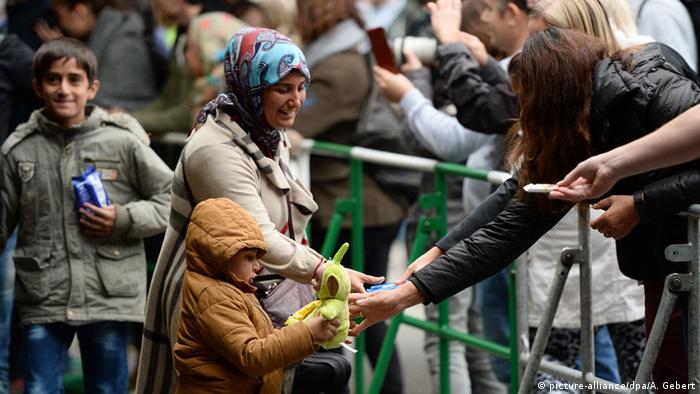 It's not German NGOs or bickering within the grand coalition that's the biggest hurdle to reform, but rather a resistance from other EU members. Eastern EU members act as if they'd rather allow no more migrants into their countries at all, regardless of whether they have grounds for asylum.

Read more: Refugees in Sweden demand to be heard

Patrick Sensburg is calling for "all EU members to contribute," but neither pressure nor pleading has achieved much thus far. For a time, the EU and Germany threatened cuts in EU funding for those unwilling to take on migrants. But if anything, that simply reinforced the notion that countries unwilling to take in refugees could effectively buy their way out of it.

"You can't achieve much via force," the SPD's Vogt believes. "We would prefer a model sharing out the burden of a collective asylum policy. And if member states do not want to take in refugees, they are absolved of their responsibilities." Vogt says penalties they could make financial contributions instead, of provide personnel to deal with asylum seekers. It is important to take individual countries' history, strengths, weaknesses, and interests into consideration.

Germany government might well bring such a proposal to the table again. As well as the suggestion to give more EU aid to developing countries which take back their rejected citizens and help improve their lives at home. Sensburg says it is important not to lose sight of how big a "capacity" Europe really has for new arrivals so that there is acceptance among the general public in Europe.

Seehofer knows all too well about potential resistance to European asylum reform, especially when it comes to quotas. But he hopes to convince the skeptics with simple logic: If preliminary asylum hearings are introduced on the EU's external border, and if return agreements are reached with countries of origin, then the number of people coming to Europe would sink considerably and so fewer would need to be shared out.

Read more: Asylum applications to EU drop by 43% because of coronavirus

But strictly speaking, the next move belongs to the European Commission. Its exploration of this issue has been severely delayed by the coronavirus and the emergency economic measures required as a result of it.

"This is not going to be the presidency we had been preparing for years," Germany's ambassador to the EU, Michael Claus, said recently in Brussels, saying it was clear that the pandemic would dominate proceedings.

Claus also hinted that refugee policy reform remained too toxic, pandemic or not, for Germany to realistically expect a breakthrough. "People are still too entrenched on this issue for that," he said.