Asylum applications in EU drop by 43% due to coronavirus restrictions

Asylum applications had been steadily rising for two years, but with much of Europe in coronavirus-induced lockdown, March 2020 saw a drop of almost half in the number of applications compared to the month before. 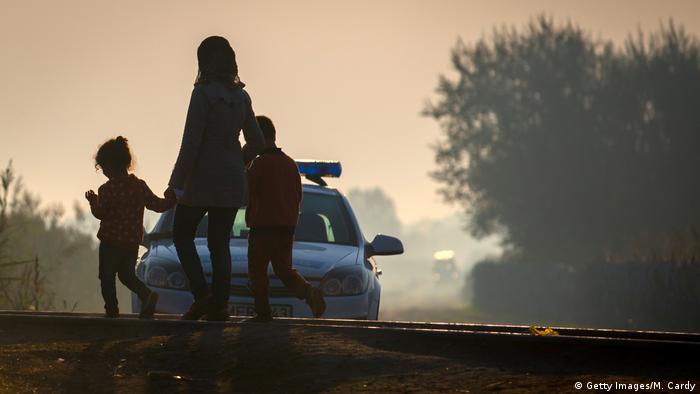 Applications for asylum in the EU dropped by 43% in March compared to February owing to travel restrictions brought in because of COVID-19, the European Asylum Support Office (EASO) announced on Thursday.

There were 34,737 applications were lodged in March, a drop of almost half compared to February. The EASO also noted that before the outbreak reached Europe, applications in January and February had increased by 16% compared to the same months in 2019. Asylum applications in the EU have been persistently high for the last two years.

"March figures are not truly indicative of asylum-related migration trends towards the EU+, but are rather the result of COVID-19 containment measures," the EOSA said in a statement.

"Prior to the COVID-19 outbreak in Europe in March, Syrians (14,441) and Afghans (13,245) continued to lodge the most applications for asylum, as well as Colombians (10,155) and Venezuelans (10,098)," the statement said. "These four citizenships accounted for 38% of all applications lodged in the EU overall in the first two months of the year."

The EASO pointed out that asylum offices in each country were affected to different extents by the COVID-19 outbreak, so the 43% drop is not equal across member states.

Can refugees seek asylum at the moment?

Non-essential travel remains banned between most EU states and in and out of the bloc, making it difficult for refugees to enter EU countries.

The EU's executive, the European Commission, published advice to member states on April 16 on ways to ensure the continuity of asylum procedures.

"Even in a health emergency, we need to guarantee individual fundamental rights," said Commissioner for Home Affairs Yiva Johansson. "The Commission fully acknowledges the difficulties that member states face in the current situation."

Measures aim to restrict social interactions, such as through video interviews and flexibility over deadlines.

Read more: Opinion: EU, Turkey need each other and a new refugee deal