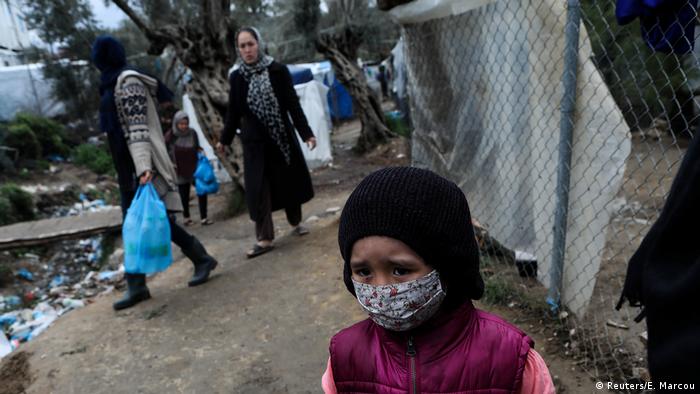 This makes Finland the latest EU country to help with the refugee crisis in Greece, where tens of thousands of asylum-seekers live in often squalid conditions in camps or temporary housing. Germanyand Luxembourg accepted 47 and 12 unaccompanied children last week respectively.

A Finnish Interior Ministry official said in February that Finland would take up to 175 asylum-seekers from camps in Cyprus, Malta, Italy and Greece to "alleviate the humanitarian situation" of refugees.

Thursday's announcement was a "decision of practical solidarity," according to Greece's Migration Ministry. Many of those in the camps have fled from Afghanistan and Syria.

Read more: From Greece to Germany: How do you give 58 refugee children a new home?

The EU plans to shelter around 1,600 unaccompanied minors in its member states. The UN estimates that 36% of the 38,000 people in Greece's five major refugee camps are minors, around 13,700 children in total.

The 30 adults will be reunited with other family members already in Finland. Switzerland is set to become the next European country to take in 22 unaccompanied minors within the next two weeks.

The decision between Finland and Greece was made following a phone call on Thursday morning between Finnish Interior Ministry official Olli-Poika Parviainen and Greek deputy Migration Minister Giorgos Koumoutsakos.

Camps in Greece are already well beyond their capacity. Several of the camps have been quarantined as some fear the devastating consequences of a coronavirus outbreak in the cramped conditions.