After months of wrangling, Luxembourg will accept the first 12 unaccompanied children to be evacuated from Greek refugee camps. Luxembourg has issued a desperate plea for EU members to take in the hundreds of children. 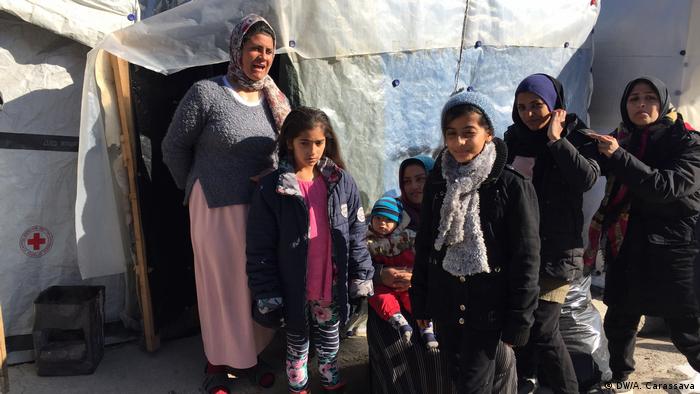 The first 12 child refugees to be evacuated from Greek island camps left Athens on Wednesday.

The European Union has agreed to take in 1,600 unaccompanied children from overcrowded camps on the islands of Lesbos, Chios and Samos, but action thus far has been glacial.

The first dozen boys and girls were flying to Luxembourg, which has called for other EU member states to take in the remaining children in camps.

Luxembourg's Foreign Minister Jean Asselborn issued a plea on Wednesday, saying that if tiny Luxembourg could manage it, so too could other states.

"This is the first step, and it's a small measure of solidarity that we must give to the Greeks and the refugees," Asselborn told German broadcaster Deutschland Funk.

"The European Union is a peace project, you know that. It involves humanity, compassion — qualities which, I believe, were at the birthplace of the European Union after the war, and they must continue to be for the generations to come."

"There is no reason to leave children in the garbage dumps of the islands in Greece," he said. "If the EU still wants to be able to look in the mirror, there is no country that has any reason not to help here."

Germany to take in dozens of children

Germany has agreed to initially take in 50 children, with the flight due to depart on Saturday. The German Interior Ministry has confirmed the flight is taking place, but did not release any further details.

Last week, the German Foreign Ministry said the children would be quarantined for two weeks in Lower Saxony as a safety precaution due to the coronavirus.

Greek Migration Minister Giorgos Koumoutsakos said the process to resettle the hundreds of children has been hampered by disagreements and tangled bureaucracy about where they should be housed. The coronavirus pandemic has further slowed movement.

The resettlement project started after human rights groups earlier this year called on the EU to take decisive action and resettle vulnerable unaccompanied minors, especially those under the age of 14 and struggling with illnesses.

"Unaccompanied migrant children are some of the most vulnerable people in the world," said Eva Cosse, who researches Greece for Human Rights Watch. "Yet lone children on the Greek islands are being deprived of the most basic necessities of life and living in inhuman conditions."