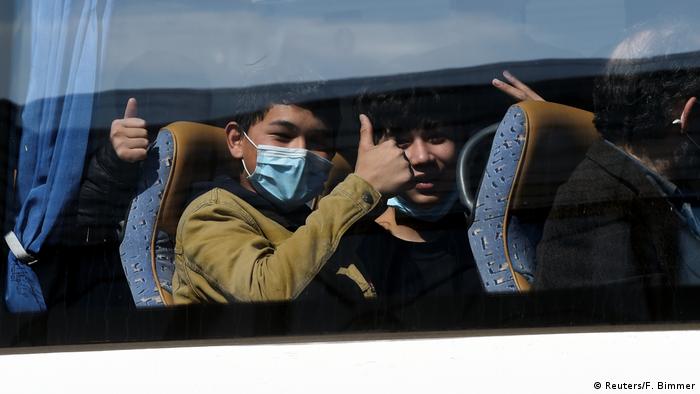 The plane from Athens disembarked 42 under-14-year-olds and five youths at Hanover's airport as part of a fractious pledge by 10 EU nations to take in 1,600 unaccompanied minors from refugee camps in EU partner Greece.

"Germany is sticking to its promise," said Germany's federal Interior Minister Horst Seehofer, who in the past has been vocal in questioning immigration.

"We providing a concrete sign of European solidarity," said Seehofer, adding that he assumed other European partners would follow suit.

Last Wednesday, 12 youngsters from camps on the Greek islands of Lesbos, Chios and Samos were welcomed in Luxembourg by its foreign minister Jean Asselborn, who had long pleaded that children be helped.

The group arriving in Hanover Saturday comprised mostly boys, as well as four girls and a mix of sisters and brothers, with ages between 8 and 17 and originating from crises-hit Syria, Afghanistan, Iraq and Eritrea.

At 47 in all that was seven less than reported earlier Saturday, because, said officials, those remaining behind had been categorized as not fit to travel. 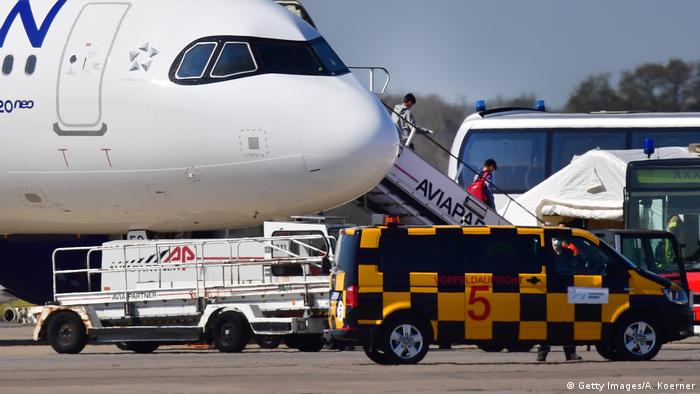 The children, aged from 8 to 17, had been living on three different Greek islands

As the group departed Athens, Greek Prime Minister Kyrakos Mitsotakis told reporters: "The Greek government has been trying to sensitize other EU countries to (the plight) of the young children who have fled war and persecution to find new families and start a new life."

From Hanover, the capital of Lower Saxony, the youngsters were to be transported to the regional state's Osnabruck area to spend 14 days in Corona crisis quarantine.

Read more: From Greece to Germany - How do you give 58 refugee children a new home?

"This is a start," said regional state interior minister Boris Pistorius of the center-left Social Democrats (SPD). "The situation in the camps on the Greek islands was already during my visit five months ago unbearable."

"These children can now begin their futures," said Johansson, while expressing further concern over the viral risks in the refugee camps in Greece.

"We must help to avert the intrusion of the virus into the camps and shift vulnerable groups out of the camps," she said.

The refugee crisis on Turkey's borders can only be resolved with a new EU deal. It should build on the current plan but avoid its flaws, writes Özgür Ünlühisarcıklı of the German Marshall Fund of the United States. (16.04.2020)

After months of wrangling, Luxembourg will accept the first 12 unaccompanied children to be evacuated from Greek refugee camps. Luxembourg has issued a desperate plea for EU members to take in the hundreds of children. (15.04.2020)