Sweden: Refugees-turned-taxpayers demand to be heard | Europe | News and current affairs from around the continent | DW | 10.04.2020

Using the slogan "I am 2015," former refugees who made a home in Sweden have been sharing how they became part of society. They want politicians to see that refugees become bus drivers, nurses, artists — and taxpayers. 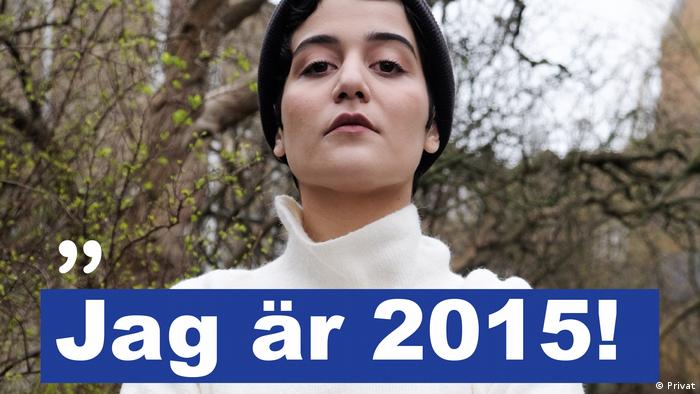 Nabila and her family fled the war at home in Syria in 2015. Now she is a bus driver in Ronneby, a town in southern Sweden.

Duaa also fled Syria in 2015. Now she is a pharmacist in Arlov.

Mohammed fled in 2014. Now he is an assistant nurse and interpreter in Kristianstad.

Haya fled in 2014. She is studying to become an architect in Stockholm.

Ghassan fled in 2014. He works at Jonkoping airport. His wife is a teacher, just as she was in Syria. Their son is studying to become a doctor, and their two daughters are in school. They all know Swedish now.

Atoosa Farahmand was a refugee too. In 2015, when millions of people sought protection in Europe, the Swedish authorities were processing her asylum application. She managed to get a job even before she was granted residency the following year.

So, in early March, when the liberal-conservative Moderate party posted a picture on Facebook of its leader, Ulf Kristersson, wearing hunting clothes and the words: "Strengthen the border. The refugee crisis of 2015 must never be repeated," Farahmand got angry.

She took to Facebook and posted a picture of herself in the same pose as Kristersson, arms crossed, looking straight into the camera above the words: "Jag är 2015!" — I am 2015. And she addressed him, telling her own story, that she paid taxes, respected the law, learned to speak Swedish fluently.

"We have to increase awareness of how positive refugees can be for the country," she wrote in Swedish. "We must be heard by all these politicians talking behind our backs. We are all people, and those now standing at the border between Turkey and Greece are exactly like you and me. 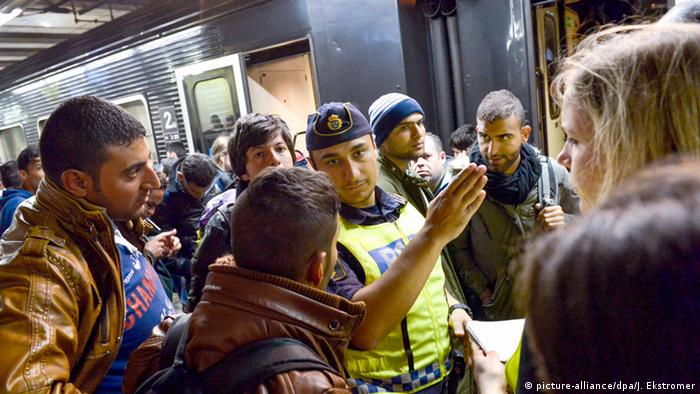 Sweden, with a population of just under 10 million, limited migration after more than 160,000 people applied for asylum in 2015

"You say that 2015 should never happen again," she wrote Kristersson. "I would like to say that I am a part of 2015 along with many others, and we are a part of this country, whether you like it or not."

She ended by encouraging others to tell their own stories of 2015. Within hours her post had gone viral.

Now, a month later, Farahmand has collected over 1,500 stories from people who say they, too, are 2015. Many are former refugees from Syria, others are from Afghanistan or Somalia, or they are Swedes whose life changed in 2015 when they helped refugees and migrants get settled in Sweden. 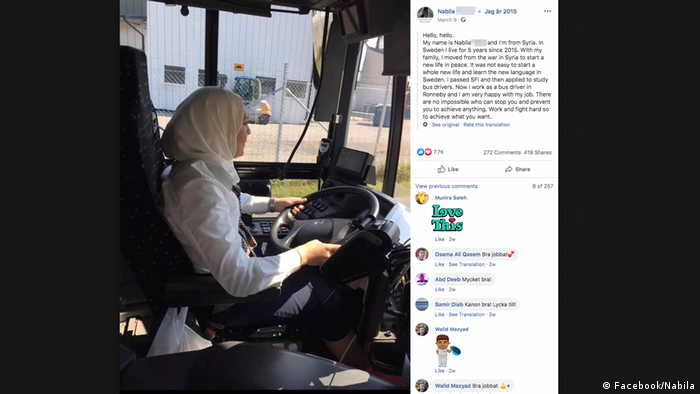 One of them is Lena Lundstrom, a pensioner in the town of Ludvika. In 2015, the local authorities asked her to take in new arrivals who were coming by train from Malmo, 620 kilometers (385 miles) to the south, where they had been registered after making it to Sweden.

"That didn't happen one time, and not two times," she wrote on Facebook. "It happened every day. When I had six boys from Afghanistan, I was forced to say no." Lundstrom became the legal guardian to 13 Afghan youths, she said.

"The path has been winding, with many hills but everyone has adapted to the situation and routines that prevail in the new country." But not all of her charges have been granted residence permits. "Now that they are able to pay back for the help they got, many of them can't stay in the country. That is something I find very hard to understand," Lundstrom wrote.

While Sweden has granted asylum en masse to Syrians fleeing war in their country, it has, like many other European countries including Germany, not offered the same protections to Afghans, whose country has been racked by war and violence for decades.

"My focus right now is to gather all of the stories and give them to the parliament, to all of the elected politicians, in a physical act," says Atoosa Farahmand. "They must read all of the stories. We are a part of this country, and it's very important that they hear our voices, and that we [start] a new discussion to find solutions for the situation in Greece, and also in Sweden."

Farahmand wants to see "Jag är 2015" turn into a European movement, with contributions from people all over the continent, raising their voices and making themselves heard.

Like Abdulkarim, from Idlib, Syria, now a construction worker in Boras: "In my home country, I studied law. There is a big difference between construction work, which I learned here in Sweden, and law. But it is not a problem for me since I have freedom," he wrote. "I can finally taste the taste of freedom."