The southern Swedish state of Skane has become a fortress of the far-right Sweden Democrats. What does their rule mean for the local municipalities? Richard Orange went to Horby to find out. 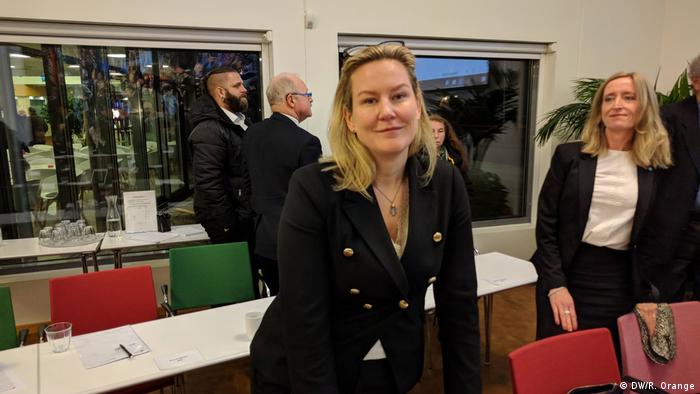 When the meeting was over, the new mayor warmly hugged her party colleagues, and then walked over to her Italian husband and kissed him with the words "Amore mio."

Cecilia Bladh in Zito, 43, had just been voted in as mayor for the far-right Sweden Democrats in the Swedish town of Horby. The same day Louise Erixon, partner of Jimmie Akesson, the populist party's leader, was made mayor of Solvesborg, another municipality in the neighboring Sweden Democrat stronghold of Blekinge, and last month another party member became mayor of a third, the municipality of Bromölla.

The three mayorships mark the first taste of real political power for the party 30 years after it was founded. "I'm extremely happy," Bladh in Zito told DW. "It's the first time that Swedish Democrats have become mayors, so we are in the spotlight of course. The media are watching us, and all the voters are of course looking at us and asking 'are the Sweden Democrats up to taking this responsibility?'"

One of the most striking images of September's general election was the map of Skane, Sweden's southernmost county, turning almost completely yellow (as per the color of their logo) as the populists emerged as the biggest party across huge swatches of the territory.

No scruples at the local level

On a national level, Sweden's center-right parties have refused to cooperate with the party, due to its neo-Nazi roots. But out in the municipalities, they have no such scruples. The center-right moderates have teamed up with the Sweden Democrats to seize or hold on to power in eight municipalities, and in return have backed the Sweden Democrats to take power in three more.

Farid Sharafuddin, 60, was one of the first victims of populist rule in the small agricultural town of Horby, after the party pushed through a budget which halved the funds for "mother-tongue teachers" like him, and threatened to sack all of his colleagues who lacked teaching qualifications. When DW met him at the town's Georgshill School, where he had just finished teaching a Dari lesson to seven Afghan child refugees, he said his colleagues had feared for their livelihoods when they heard about the plan.

"They were  worried about what's going to happen, especially those who had temporary contracts. 'Are we going to be able work beyond Christmas or not?' And those who had permanent employment, they thought, 'should we start to look for a job somewhere else?'"

But Sharafuddin, himself a former politician, told his colleagues that the populists' plan was impossible. "We told them, 'it says in the law that they can't do that.'" Sweden's school law, he explained, requires all municipalities to provide a teacher whenever there are more than five students who speak a language. And unlike for other subjects, there is no requirement that the teachers be qualified."They hadn't done the research," he said. "It makes people feel that they're amateurs. This thing with mother-tongue education, it's been a big slap in the face for them." 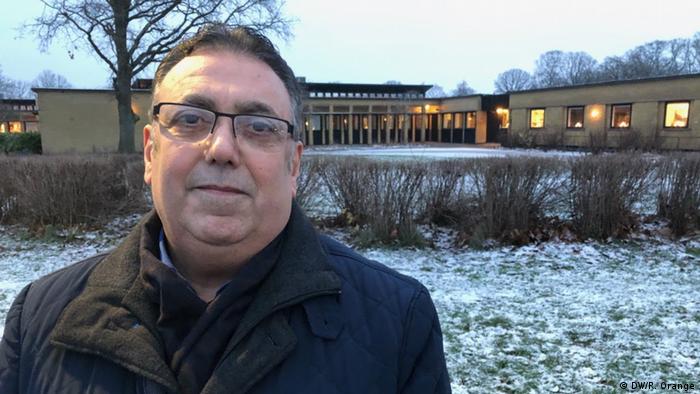 Farid Sharafuddin has been personally affected by the Sweden Democrats' policies

Despite scandals, support is strong

This wasn't the first upset to hit the party since its election success. In October, Stefan Borg, the party's local chairman, was forced to withdraw his candidacy as mayor, following revelations that he made a series of homophobic and racist comments on Facebook.

But with 35 percent of people in Horby voting for the party, many still believe it can bring greater order to the town center, which Bladh in Zito claims has become so unsafe that she no longer goes out after dark.

"The idea now is that it's going to be better, we hope," said a woman serving coffee and Christmas saffron buns at the Boijertz Conditori overlooking the town Christmas tree. "It's been pretty rough here in the municipality, so we hope there will be a little change." 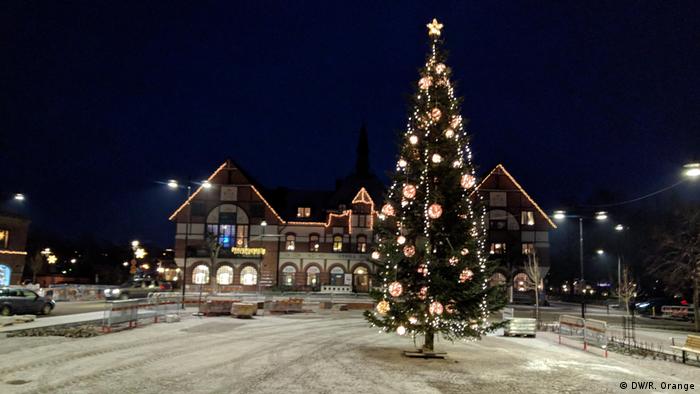 The Christmas tranquility belies the uncertainty that many feel in Horby

Back at the council meeting, Tommy Hall, a Social Democrat veteran who has sat on the town council for 46 years, was growing impatient at the populists' way of doing things. "You can't do it this way, Borg," he said gruffly, glaring at the Sweden Democrats across the room, as he challenged their plan to make one of their Christian Democrat backers the chair of the council's accounts committee. "Of course the biggest opposition party has to have control of the accounts committee, so they can hold the council to account."

Bladh in Zito said the Sweden Democrats had been prepared for opposition from the center-left party.

"They have gone from steering the municipality to a party that doesn't have any power at all anymore," she said. "So I understand their frustration and understand that they are disappointed."

The town's former Social Democrat mayor Susanne Meijer said she feared for what the Sweden Democrats could do to the town. "They can do a hell of a lot," she told DW. "They've made a lot of policy proposals, on [housing asylum seekers in] caravans, on [banning] begging. They can now drive all that through. And of course I think it's a real shame for the municipality."

But without the mandates to stop them, she has been reduced to pledging to boycott the council's Christmas lunch. "It doesn't feel comfortable for us to sit and mingle with the Sweden Democrats, given their appalling view of humanity," she said.