Swedish lawmakers have voted to reject Moderate party leader Ulf Kristersson's bid to become prime minister. The vote means that Sweden will remain in a political deadlock for the foreseeable future. 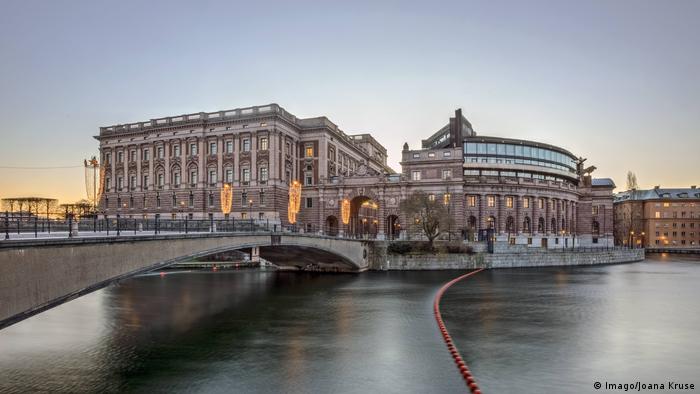 The Swedish parliament, as expected, rejected center-right Moderates party leader Ulf Kristersson as new prime minister in a vote on Wednesday. There is now no end in sight to the political deadlock that has gripped the country since elections in September.

Kristersson's bid for the premiership had looked doomed to fail after two other parties in the center-right Alliance bloc said they would oppose any government that relied on support from the shunned anti-immigration Sweden Democrats who hold the balance of power in parliament. 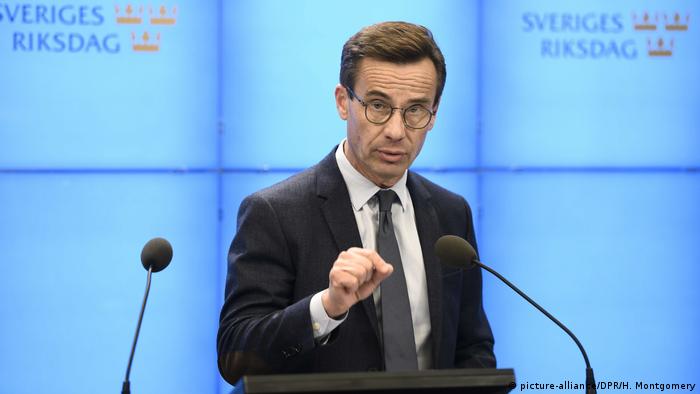 Ulf Kristersson had attempted to form a minority government

When the votes were counted, 195 members of the 349-seat parliament voted against electing him as prime minister while 154 voted in his favor.

Kristersson was put forth on Monday by parliament speaker Andreas Norlen, who wanted to break the parliamentary gridlock.

The general election on September 9 resulted in a stalemate between the country's two main political alliances. Neither has a majority in the 349-seat parliament.

Kristersson said he would attempt to form a minority government of his conservatives and the smaller Christian Democrats, and would not negotiate with the far-right Sweden Democrats.

The Sweden Democrats, who have been ostracised by all other parties due to their fierce nationalism and early links to white supremacist activists, had said they would reject any government that did not offer policy guarantees and, above all, steep immigration curbs.

Wednesday's vote was the first of a possible four before new elections must be called.

There is, of course, the possibility of another snap election. However most politicians don't want that.

The only parties who could afford another election are the Swedish Democrats and the Center Party. The others have run out of money.