Afghans deported from Germany face violence, other perils | Germany| News and in-depth reporting from Berlin and beyond | DW | 26.05.2019

Since 2016, Germany has deported about 600 Afghans whose applications for asylum were rejected. When they land, they are given €150 and left to fend for themselves. Observers say this practice is irresponsible. 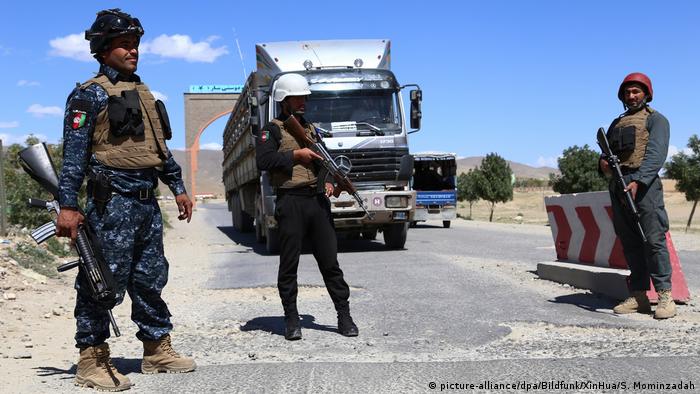 In May alone, there have been numerous murders, incidents of violence and terrorist attacks in Afghanistan. According to a UN report, 561 civilians were killed from January to March 2019. And Germany's Foreign Ministry has issued a travel warning for Afghanistan, reporting that "staying in most parts of the country remains dangerous."

Despite these facts, Germany recently deported 26 more people to Afghanistan. Since December 2016, almost 600 people have been sent to the country in a total of 24 repatriation flights. Authorities have even used physical force to deport people.

Once people who have been deported from Germany land in Afghanistan, they are left to fend for themselves and face uncertain futures.

Samira Hamidi, who works for Amnesty International's South Asia Regional Office in Colombo, is originally from Afghanistan and focuses on her homeland for AI. "The government is not able to provide protection for civilians," she said. "The government has its own challenges." She added: "Reflect on how the international — especially the European — countries are protected. ... The embassies have layers of security measures."

After a devastating 2017 terror attack in Kabul killed more than 150 people and severely damaged the German Embassy, officials in Berlin temporarily halted deportations to Afghanistan. They quickly lifted that ban, however.

"The situation in Afghanistan today is much worse than it was a few years ago — mostly because of the security situation in the country," Abdul Ghafoor, who heads the Kabul-based Afghanistan Migrants Advice and Support Organization (AMASO), told DW. "You may have noticed that the number of attacks that have been carried out by Taliban all around Afghanistan, especially in Kabul, is mind-blowing." Just a week ago, he said, Austria and Sweden even canceled deportation flights at the last minute because of the danger.

Ghafoor said many people who are deported to Afghanistan try to leave the country as quickly as possible. "Just recently, I talked to four or five who were deported from Germany,” he said. "They are now in Greece, though in really bad circumstances."

Afghan officials have promised their EU counterparts that the country is prepared to assimilate its returned citizens. In return, Afghanistan receives development aid. Ghafoor said the International Organisation for Migration (IOM) used to put up Afghans in hotel rooms for two weeks after their return to their home country. But, now, they merely receive the equivalent of about €150 ($167). And Afghanistan's precarious security situation can mean that hostels are pricey. So repatriated Afghans must rely on relatives, friends or acquaintances to put them up. They can apply for up to €700 in funding from the German government to help them settle back in — though, Ghafoor said, the application process entails endless paperwork.

Aside from the security threats, repatriated Afghans face an economy in tatters. "None of the deportees I spoke to has found a job and has been able to settle down in Kabul," AI's Hamidi said. "Some locals mistakenly believe that repatriated Afghans have lots of money as they returned from Europe," she added. This makes their lives even more dangerous.

Most people deported to Afghanistan do not hail from Kabul, but from the provinces. But returning there can put them, as well as their families who are already there, in serious danger, Hamidi said. She knows of a former civil servant who was forced to return to his home province but, fearing anti-government militants, had to go into hiding. He cannot live with his family. "Nobody knows he is back,” Hamidi said, "and he is keen to keep a low profile so as not to endanger his family."

Ghafoor, who himself was deported from Norway in 2013, said the security situation had deteriorated considerably in recent years. That, he said, made deporting Afghans from Germany irresponsible. Though the Taliban has engaged in peace talks with the government of Afghanistan, the group is "still carrying out suicide attacks killing dozens of civilians," he said. The Islamic State (IS) group is "even more dangerous and brutal than the Taliban; so the Taliban may only pose a secondary threat," he added.

Hamidi concurred. "Afghanistan cannot take in any people," she said. "Its government currently cannot guarantee the safety of its citizens."