Afghanistan sends deported asylum-seeker back to Germany | Germany | News and in-depth reporting from Berlin and beyond | DW | 10.01.2019

The government of Afghanistan has denied entry to a failed asylum-seeker deported by Germany. The Afghans say the man was turned back at the border as per agreement with the German government because he's mentally ill. 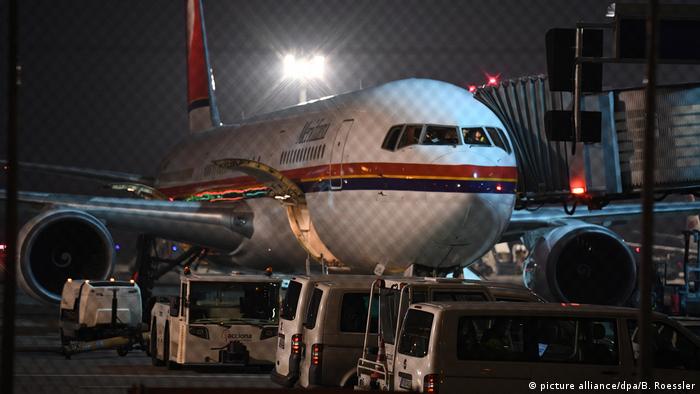 In an article designed to raise the hackles of those worried about foreigners and crime, German daily Bild reported on Thursday that Afghanistan had turned away an Afghan deportee with a long criminal record at its border and sent him back to Germany.

The attempted deportation was carried out earlier this week, but unlike other deportees aboard the plane to Kabul, 23-year-old Mortaza D. was refused entry and flown back to Munich.

He is now in a juvenile detention center in the Bavarian capital pending further review of his case.

Bild listed more than 20 crimes that Mortaza D., who first applied for asylum in 2010, allegedly committed and for which he was sent to prison in Germany. But the Afghan government says his criminal record was not the reason he was turned away.

"The individual was mentally ill and, as a result of a joint decision by both sides [Afghanistan and Germany], he was sent back to Germany," Murtaza Rasuli, head of legal support for Afghan returnees at the Afghan Ministry of Refugees and Repatriations, told DW.

"Based on the agreement we [Afghanistan] have with Germany, vulnerable people cannot be deported to Afghanistan. This man met the criteria and was, therefore, sent back to Germany."

The German Interior Ministry refused to comment on Mortaza D.'s mental health, citing his right to privacy. However, it did confirm there is an agreement concerning serious illness for which adequate medical treatment doesn't exist in Afghanistan or which makes a safe return impossible.

The Interior Ministry also confirmed that Mortaza D. had additionally been refused entry because of doubts as to his true identity and the authenticity of his travel documents — something that apparently took German officials by surprise.

The Interior Ministry of the western German state of Hesse, which is ultimately responsible for the deportation, said that Mortaza D.'s documentation was issued by the Afghan general consulate in Germany. Decisions on whether individuals face deportation rest partially with individual German states, and federal police often assist in carrying them out.

Hesse's Interior Ministry added that deportees are given a medical examination prior to departure to determine their fitness to travel and that regional immigration authorities are asked whether there is any reason not to deport those deemed to be in Germany illegally.

The Hessian Interior Ministry said that Mortaza D. would be returning from Munich in the near future. But he won't be a free man. He'll resume serving a prison sentence that was suspended when he agreed to voluntary deportation.

According to the Federal Office for Migration and Refugees (BAMF), some 24,000 people were deported from Germany in 2017, while around 29,500 returned to their countries of origin of their own accord. The numbers of people without a long-term right to reside in Germany are far higher. Many factors make deportations difficult to carry out, including difficulties in obtaining valid travel documents and countries of origins refusing to take deportees back.

Last year a man deported from Germany to Afghanistan committed suicide shortly after landing back in Kabul.