Germany’s interior minister has called for his country to use its time in the EU presidency to strengthen the bloc’s border controls. But human rights groups say the move will hurt already-vulnerable refugees. 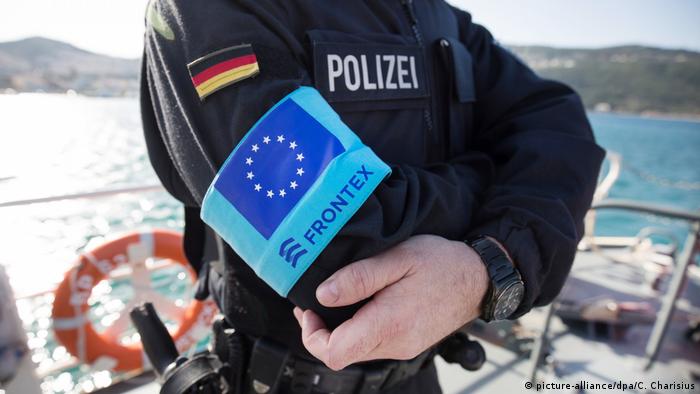 German Interior Minister Horst Seehofer called on Germany to use its position as the upcoming president of the Council of the European Union to overhaul the bloc's asylum system and to strengthen border controls.

"The need is there. We need to make progress, finally," Seehofer told the Funke media group in an interview published Sunday.

Germany will take over the presidency of the EU's main decision-making body, on July 1, 2020. The role rotates to a new member-state every half-year

In the interview, the interior minister repeated a past call to institute a policy of verifying whether someone is entitled to asylum before they enter the EU.

Seehofer said that if a person at the EU border does not have the right to ask for asylum, he or she cannot be distributed under the EU scheme and must “instead be turned away.”

To this end, he called for a "massive" expansion of the EU's border protection agency, Frontex.

Seehofer also criticized mostly eastern European countries in the EU for being unwilling to take in refugees.

"If a country doesn't do its part taking in refugees, then it needs to support the system in other ways," he said. He called for a greater show of "flexible solidarity," but did not clarify what this could look like.

"Whether its sea rescues or retrieving children from Greece or taking in refugees, at the moment it is always only a few countries jumping in," he said.

It is time for the EU to confront this situation and "move forward visibly," he said.

"We are opposed to mass actions at the borders," said the organization's managing director Günter Burkhardt.

It is rare that asylum seekers at the EU's borders have legal representation, he said. It would also be nearly impossible to provide a judicial review of any incorrect rulings, he added.

Germany to focus on border security in EU presidency

Germany's interior minister said securing an EU-wide asylum policy is "at least equally important" as the bloc's plan to fight climate change. Berlin is poised to take over the EU's rotating presidency later this year. (04.02.2020)

Malta has bowed to pressure and allowed 425 migrants to disembark from four boats kept at sea for a month. PM Robert Abela cited a gas cylinder threat, suicide bids, hunger strikes and illness for the decision. (07.06.2020)

Germany's foreign minister took aim at the EU's approach to refugees, saying nothing has been solved since the 2015 migrant crisis. He also called again for a scheme to distribute asylum-seekers across the EU. (07.05.2020)

Against the coronavirus backdrop, Austria's government is keeping up its hard-line stance on immigration. It's continuing its policy of deporting well-integrated asylum-seekers, some of whom are qualified health workers. (25.04.2020)

The UK is set to deport an unspecified number of migrants of various nationalities to Rwanda, in a controversial deal that was given the green light by British courts. Rwandans are watching events unfold with skepticism.