Germany to focus on border security in EU presidency 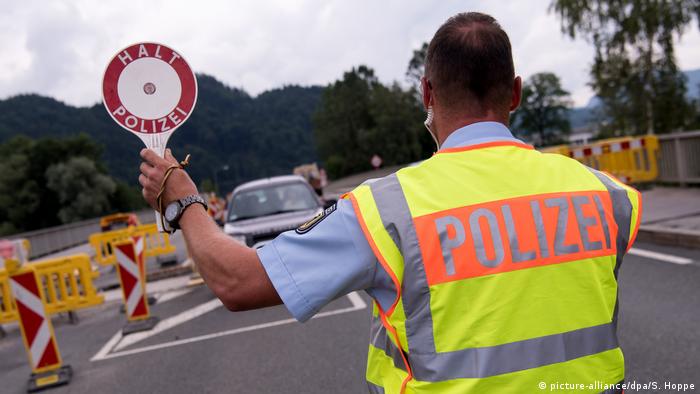 Cross-border data-sharing and asylum policies will be a priority when Germany takes over the European Union's rotating presidency this year, Interior Minister Horst Seehofer said on Tuesday.

"I intend for us to make security a central tenet of the German presidency," Seehofer said on the first day of the European Police Congress in Berlin.

The interior minister urged for the new European Commission to make agreeing on EU-wide asylum policies as much a priority as its ambitious plan to combat climate change.

"I have a lot of appreciation for the Green Deal and I also agree with it — but a common, European asylum policy is at least equally important for Europe's future," the interior minister said.

Seehofer has clashed with Chancellor Angela Merkel on Germany's asylum policy in the past, with the interior minister advocating for stricter measures and controls. Germany will take over the six-month EU presidency in July.

Seehofer criticized the bloc's current asylum policies, which require asylum-seekers to be sent back to the EU countries where they were first registered under the so-called Dublin Regulation.

"We do not even get a response to our letters from most of these states," he said.

Many migrants and refugees first enter the EU via Italy, Greece, where conditions in severely overcrowded camps have deteriorated in recent months.

The interior minister also praised Germany's tighter border controls and called on the EU to speed up its plans to boost the workforce of the EU border agency Frontex.

He called the current plans to increase the number of Frontex staff to 10,000 by 2027 "a terribly far-away date."

Germany tightened security and surveillance on its borders in November, with Seehofer saying that "several hundred people" have been caught trying to re-enter Germany despite being barred from doing so.

In 2016, Ankara and Brussels signed a refugee agreement designed to stem the flow of illegal entries into the EU via Turkey. Now, both sides are unhappy with the deal, but a revision looks difficult. (03.02.2020)

Frontex registered a 46% increase in migrants arriving from Turkey in 2019, despite a deal with the EU to curb migrant influx into the bloc. The agency is also planning a massive new dedicated border force. (17.01.2020)

European energy ministers have disagreed on a price cap on Russian gas, and want the EU Commission to rework proposals to shield Europeans from increasing energy prices.