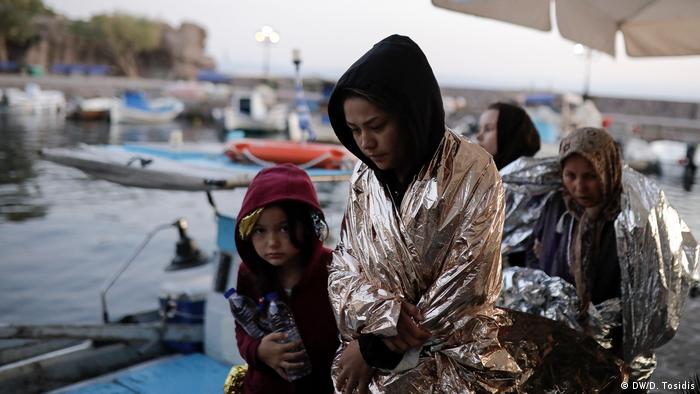 Figures from the European Union's coast guard and border patrol agency Frontex released on Friday showed that although migrant arrivals decreased overall in 2019, there was a major increase in arrivals through Turkey.

"This was mainly due to the situation in Syria, but also instability in Afghanistan, and changing policies towards Afghan nationals by Iranian and Pakistani authorities,'' Frontex chief Fabrice Leggeri told reporters.

In 2016, the EU and Turkey agreed to a deal in which Ankara received funds from the bloc in exchange for efforts to stop refugees from attempting to cross to Greece in small, often makeshift boats.

Despite this, Leggeri did not place blame on the Turkish coast guard, saying it was "working well" to stop people from trying to leave.

The Frontex report also highlighted that the number of refugee arrivals had hit its lowest level since 2013, two years before the crisis that caught many European governments off guard. Indeed, the number of new migrants has dropped 92% since 2015, the agency noted.

One reason for the drop was that increased surveillance activity on the Mediterranean had led to a steep decline in groups of refugees taking the often deadly route to Italy or Spain via northern Africa.

Frontex's figures, part of the agency's 2019 annual report, also marked a major upswing in deportations and voluntary returns. A record 15,850 people — mostly departing Germany, Italy, France and Belgium — used Frontex's return operations, many of which are arranged on commercial airlines.

Frontex also massively increased its own ranks in 2019, announcing that it had 7,500 applicants for border guards over just the last three months of the year. In total, it expects to build a force of about 10,000 over the next several years.

The amount of money needed to meet all of the agency's goals, however, has been a sticking point at recent EU budget talks.

Many member states have expressed their consternation at the €84 billion ($93 billion) bill they are being asked to cover over the next seven years in the wake of Britain's exit from the bloc.

It has become increasingly difficult for refugees to make their way from Greece to Central Europe. But in the face of police violence and the risk of arrest, thousands still embark on the dangerous journey. (15.04.2019)